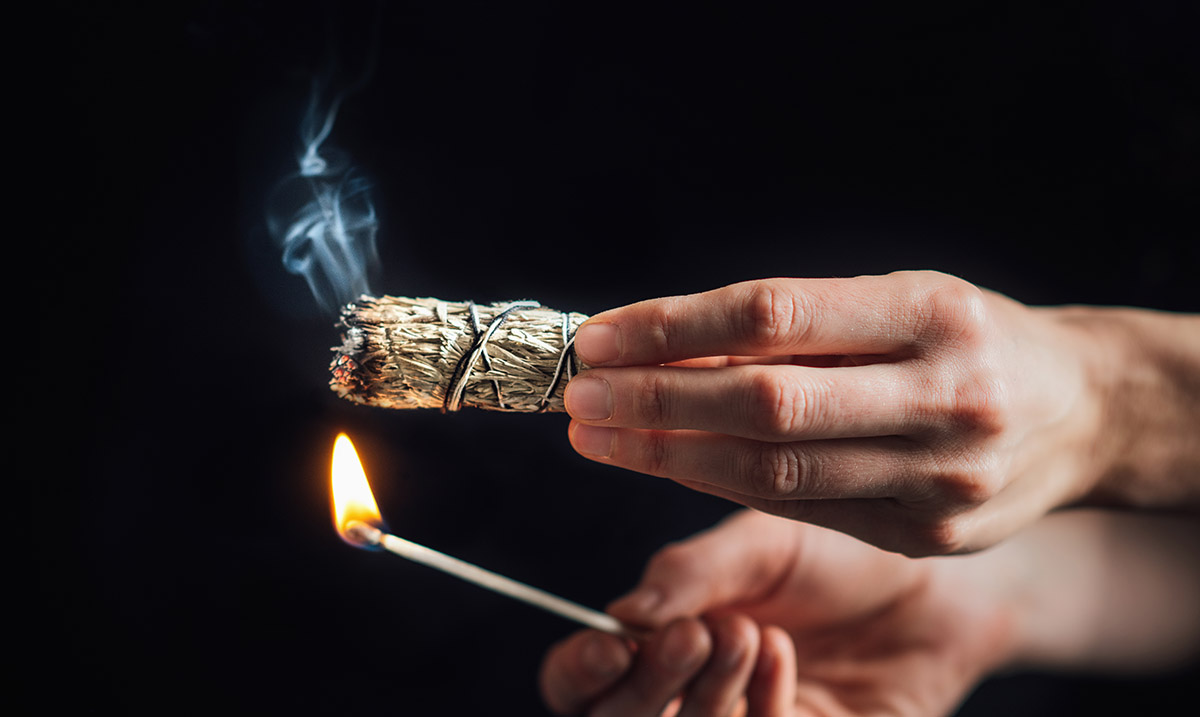 Smudging Does So Much More Than Just ‘Clear Evil Spirits’

When you think of smudging you think of shamans and people who want to ward off bad spirits, right? Well, what if I told you that smudging came with some pretty amazing benefits that are backed by science?

Smudging is something that has been done since ancient times. People all across the globe smudge their houses from time to time and a lot of people note that there are benefits to smudging. A study from the early 2000s actually found some evidence that through burning plants in a manner like smudging you could clear your home of harmful bacterias. This study went over information from over 50 countries and noted that smoke administered medicinally could benefit a person in many ways.

They mentioned that those who smudged were getting aid in their brain function, skin, and lung functioning. You see, the smoke that comes off when smudging basically works as an air purifier; it pulls out the bad and leaves the good. It can purify the air of about 94 percent of harmful bacteria for about a 24 hour period. Phenomenal, isn’t it?

Smudging is also able to turn all the positive ions around you back into negative ones. This keeping the atmosphere you are being affected by the most as it should be. If you’ve ever noticed how thick the air gets when tensions are high then you know what I mean when I talk about positive ions being too high. A build-up of positive ions can really bring a person down and affect their wellbeing drastically.

Another study done on the same thing found that through smudging we were also gaining a powerful antiseptic. It can help with depression, disinfect the air of your home, and make things easier for you. Why wouldn’t you be smudging?

Smudging will allow you to calm down and relax. It can help lower blood pressure and relieve stress as these negative ions I mentioned above are absorbed directly into our bloodstreams. Because these negative ions are ever so present during smudging they will work to normalize your serotonin and have you feeling better than you did before.

I guess you could say there are a lot of reasons why smudging should be done. It’s not all about ghosts and energies, sometimes it’s all about our health. What do you think, would you give smudging a try?