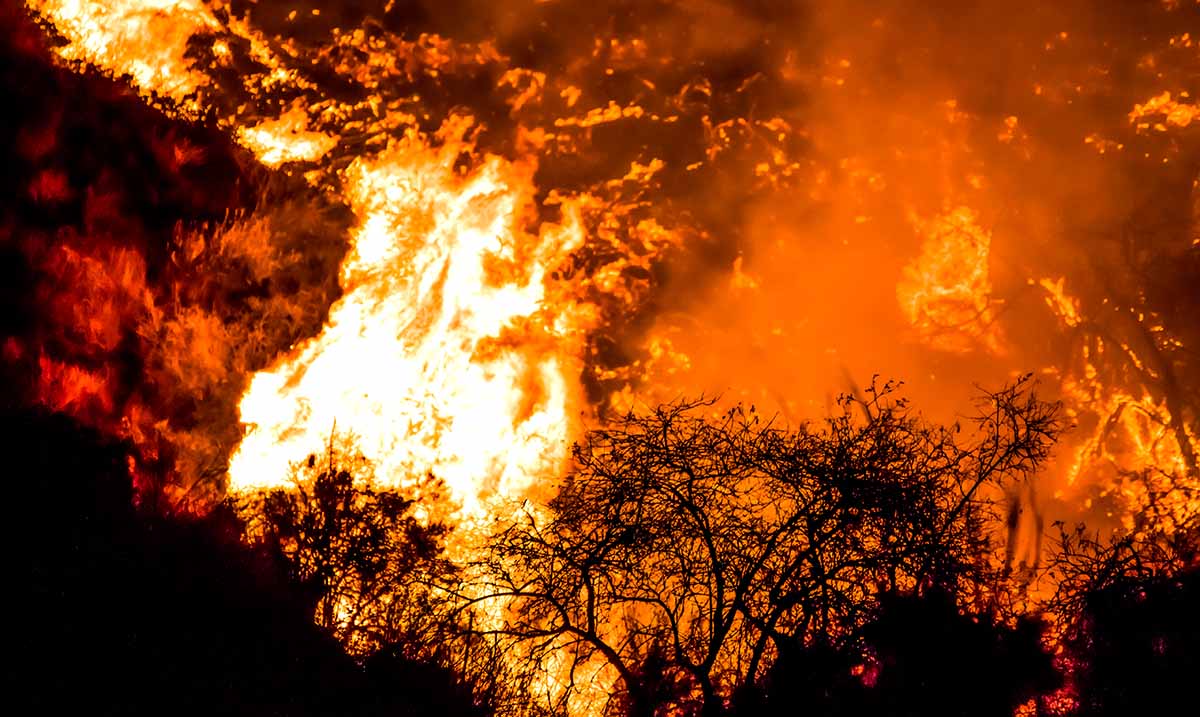 By Gerald SinclairSeptember 18, 2020No Comments

As you may know, there are lots of fires raging on here in the US and those fires are taking a serious toll on the world around them. That being said, the damage the fires themselves are doing isn’t the only issue present, as the smoke moves forth it’s getting quite far.

According to CNN, the smoke from these wildfires have actually even made it across large areas in North America and even Northern Europe. Sure, the thick smoke is more heavily concentrated where the fires are burning but that doesn’t mean those places are the only ones being affected. While these fires have been burning since mid-August in California, Oregon, and Washington conditions are only making things worse, and chances of them being all put out soon are quite slim.

MSN wrote as follows about the spread of this smoke and the air quality in general in some areas:

Smoke from the devastating U.S. wildfires is spreading across the country, moving north into Canada and across the Atlantic Ocean to Europe.

Thousands of miles away from the fires, which originated in California and have spread along the U.S. west coast, people are being exposed to some of the fires’ effects, which includes carbon monoxide and smog, emerging research is showing.

Monday (Sept. 14), NASA shared images from the agency’s joint Suomi NPP satellite with NOAA (the National Oceanic and Atmospheric Administration), showing the jet stream and winds that have swept smoke and small particles known as aerosols across the United States.

The smoke particles will “bring hazardous air quality across the country,” NASA warned in the statement on Monday. “Aerosols are a mixture of small particles and chemicals produced by the incomplete burning of carbon-containing materials such as trees, grasses, peat, and brush. All smoke contains carbon monoxide, carbon dioxide, and particulate matter … The smaller the particles, the easier they are to be inhaled and absorbed into the lungs.”

Pollution from aerosols is associated with a range of adverse health effects, NASA said in the same statement, quoting the Environmental Protection Agency’s guidance. These health effects can range from burning eyes to runny noses, aggravated heart and lung diseases, and more. At worst, such pollution can cause premature death.

A Nature Geoscience study in May 2017 showed that particle pollution from wildfires was three times worse for human health than previously thought, and this pollution can include noxious chemicals such as methanol, benzene, and ozone. Particle pollution, in general, is dangerous and we all need to be aware of it as the smoke from these fires continues to spread.

NASA’s Atmospheric Infrared Sounder, which is aboard the Aqua satellite, is tracking carbon monoxide plumes from the wildfires. The agency noted that the pollutant can remain in the atmosphere for a month after its release and travel great distances, affecting air quality as it goes. Carbon monoxide is also a known contributor to global warming.

The United States is not alone in suffering the effects of these fires. The Canadian Broadcasting Corp. said on Tuesday (Sept. 15) that the smoke has drifted into at least five Canadian provinces. The European Space Agency (ESA) is also tracking smoke-borne activity across the Atlantic Ocean in Europe, through its Copernicus Atmosphere Monitoring Service (CAMS) that uses Earth-gazing satellites for weather and climate predictions. CAMS is also tracking carbon monoxide at different heights in the atmosphere.

As noted the smoke these fires puts off is not as harmless as most would like to assume. It can do damage. There is no denying how rough 2020 has been and these wildfires are only making things worse for all of us. To learn more about all of this take a look at the video below.