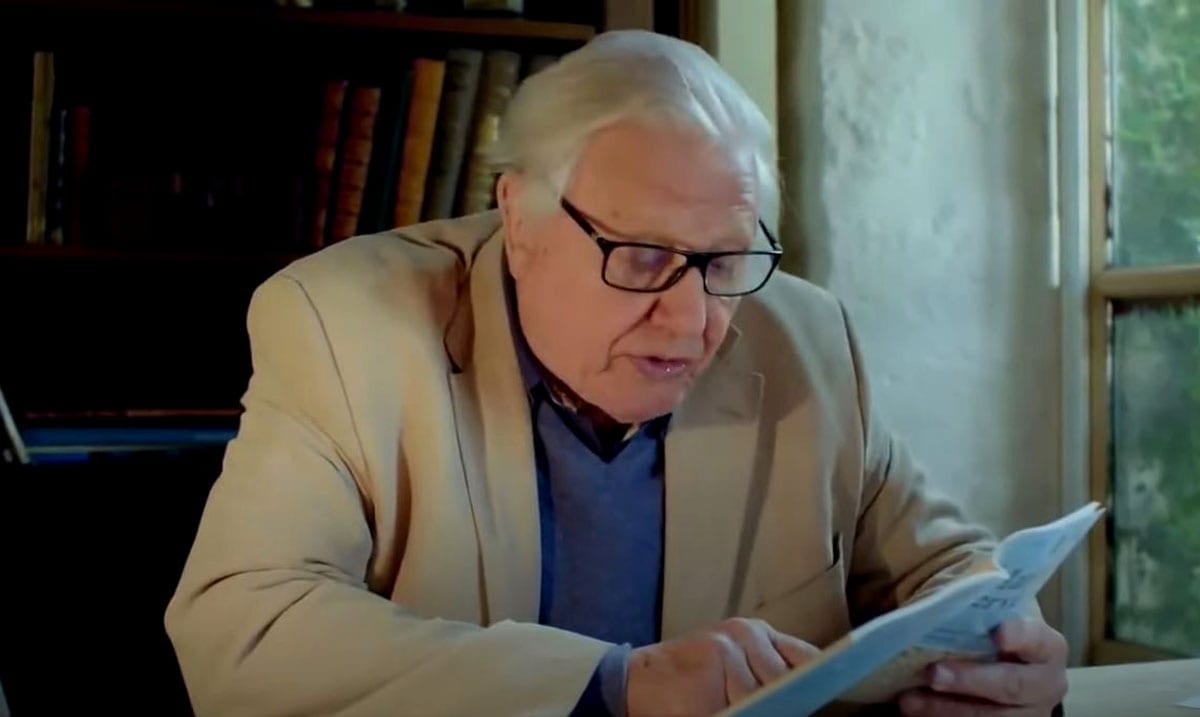 By Gerald SinclairJune 9, 2020No Comments

Back in 2013, Sir David Attenborough said something that many took to heart, and right now it is something we need to be thinking about big time. While we might think that as humans we do a lot of good but the truth is, we do far more ‘bad.’

As The Telegraph has noted back in 2013 Sir David Attenborough said “We are a plague on the Earth. It’s coming home to roost over the next 50 years or so. It’s not just climate change; it’s sheer space, places to grow food for this enormous horde. Either we limit our population growth or the natural world will do it for us, and the natural world is doing it for us right now.” While that might not have struck a chord with everyone at the time, it really is sinking in these days considering the things we’re facing.

In the name of keeping things going and making more money, we are allowing so many corporations to destroy things that we will never be able to get back. Not only has the Amazon been drastically burned, but we’re also feeding off of the planet so severely that some things are running out. Greed is getting the best of us and instead of eating more natural foods, we’re pumping our meats full of steroids to make them grow quicker.

Not only are we using this planet severely, but we’re also killing it. We’re polluting it with plastics and causing the ozone layer damage, but we’re also tearing one another apart by any means we see fit it seems. Instead of coming together and battling crisis’ we’re still so divided that the smallest things take forever.

Instead of trying to keep our numbers under control and take care of our planet, we’re breeding as if nothing matters and living our lives as if this planet will be here forever no matter what we do. We have severely impacted marine ecosystems, smogged up the air in lots of different areas, effectively killed off some species of animals we will never be able to get back, are on the verge of destroying the bees as a whole, torn apart forests, and well, we’re not very good examples of how humanity should be.

Rather than allowing the things we eat to live good lives we let those who produce them basically torture them before they end up on our plates, all the while cringing and crying over animals being abused across the world. Why is it that we don’t care if we cannot see the damage that’s being done? There is no denying we have lost our way.

We go out and buy things without considering where those things are coming from. We purchase things from Nestle, Mars, and Hershey who happen to be feeding into child labor and slave labor in that sense. We want our candy bars but at what cost? Of course, on occasion we let these topics get to our hearts but instead of being persistent we give way as soon as some kind of explanation or ‘quick fix’ comes forth. For instance, these companies pledged to ‘eradicate’ child labor, and yet 20 years or more later according to The Washington Post these chocolate companies still can’t identify the farms where all of their cocoa is coming from or whether child labor is playing a part in its production.

Now, I will say the more recent intense fires in the Amazon we’re reported on somewhat properly and people did respond in big ways but as soon as the next big thing came forth these fired were placed on the backburner. New fires are still coming forth as the rainforest’s fire season begins and no one is really batting an eye. By February of this year, (2020) news of these fires had already seemingly disappeared. That being said, deforestation rates did not. This meaning not only are we losing something that supplies so much oxygen for our planet but also that indigenous people are increasingly at risk.

We as humanity really are a plague on Earth. We need to get our sh!t together, and we need to make changes. This is unacceptable. I’m not sure what’s worse the ways in which we pretend to care or the fact that most of us never will.