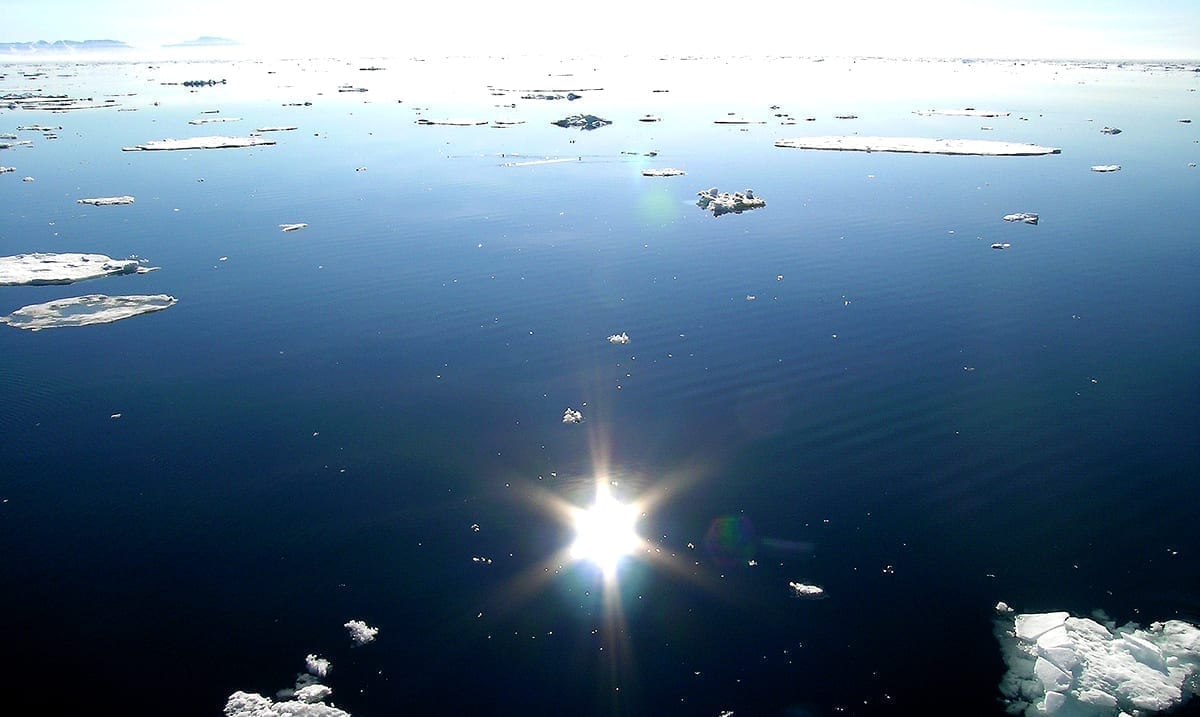 By Gerald SinclairApril 26, 2020No Comments

The world we call our home is changing because of our impact on it but not many people stop to try to understand how severe our impact actually is. For a long time now ice in the Arctic sea has been declining but this simulation has really put the mind-blowing outcome we face into perspective.

According to a new analysis that goes over different climate models, the Arctic Ocean will not have any ice in the summer by the year 2050. While 2050 might sound like a long time from now, it’s actually quite soon considering how quickly time passes by. Even during the summer the Arctic is usually quite frozen, things are changing and in the coming years, we may see less and less ice in the ‘summer’ months.

The plain language summary for this study is listed as follows:

We examine simulations of Arctic sea ice from the latest generation of global climate models. We find that the observed evolution of the Arctic sea‐ice area lies within the spread of model simulations. In particular, the latest generation of models performs better than models from previous generations at simulating the sea‐ice loss for a given amount of CO2 emissions and for a given amount of global warming. In most simulations, the Arctic Ocean becomes practically sea‐ice free (sea‐ice area < 1 million km2) in September for the first time before the year 2050.

As our climate continues to change the Arctic according to USA Today is warming more than twice as fast as the rest of the planet and that in itself is a huge issue. This in many ways would and likely will be quite devastating for the Arctic ecosystem and could result in many different kinds of animals dying off. When you think of the North Pole, I’m sure it being completely melted isn’t something that comes to mind but perhaps it should be something we are aware of. Sure, right now it’s covered by sea-ice all year round but in the future that will merely become a thing of the past if changes are not made and something does not give.

According to those who worked on this study, how often the Arctic will lose its sea-ice cover in the future depends on ‘future CO2 emissions.’ If emissions are reduced properly we could only see this happening on occasions but if we do not, the Arctic could end up being ‘ice-free in most years.’ Life in places like the Arctic is already becoming hard on the animals and other things of the sort who call it their home and it seems that will possibly get worse.

USA Today reported as follows on these findings:

As the climate changes, the Arctic is warming more than twice as fast as the rest of the planet. Arctic air temperatures were about 3.4 degrees above average in 2019 and were the second-warmest since records began in 1900.

How often the Arctic loses its sea ice cover in the future depends on emissions of carbon dioxide, the study said. If emissions are reduced rapidly, ice-free years will occur only occasionally. With higher emissions, the Arctic Ocean will become ice-free in most years.

Thus, even if humans act to reduce emissions dramatically, summer sea ice might still be gone, according to the study.

“If we reduce global emissions rapidly and substantially, and thus keep global warming below 2 degrees Celsius relative to pre-industrial levels, Arctic sea ice will nevertheless likely disappear occasionally in summer even before 2050,” said study lead author Dirk Notz, who heads the sea ice research group at the University of Hamburg in Germany. “This really surprised us.”

The study analyzed recent results from 40 of the latest climate computer models and involved 21 research institutes from around the world. It was published in the journal Geophysical Research Letters, a publication of the American Geophysical Union.

What do you think about all of this? We should all be concerned as this is something that will affect the future of the world as a whole. I know, it might not sound like much now but as time passes it will only become more and more of an issue.