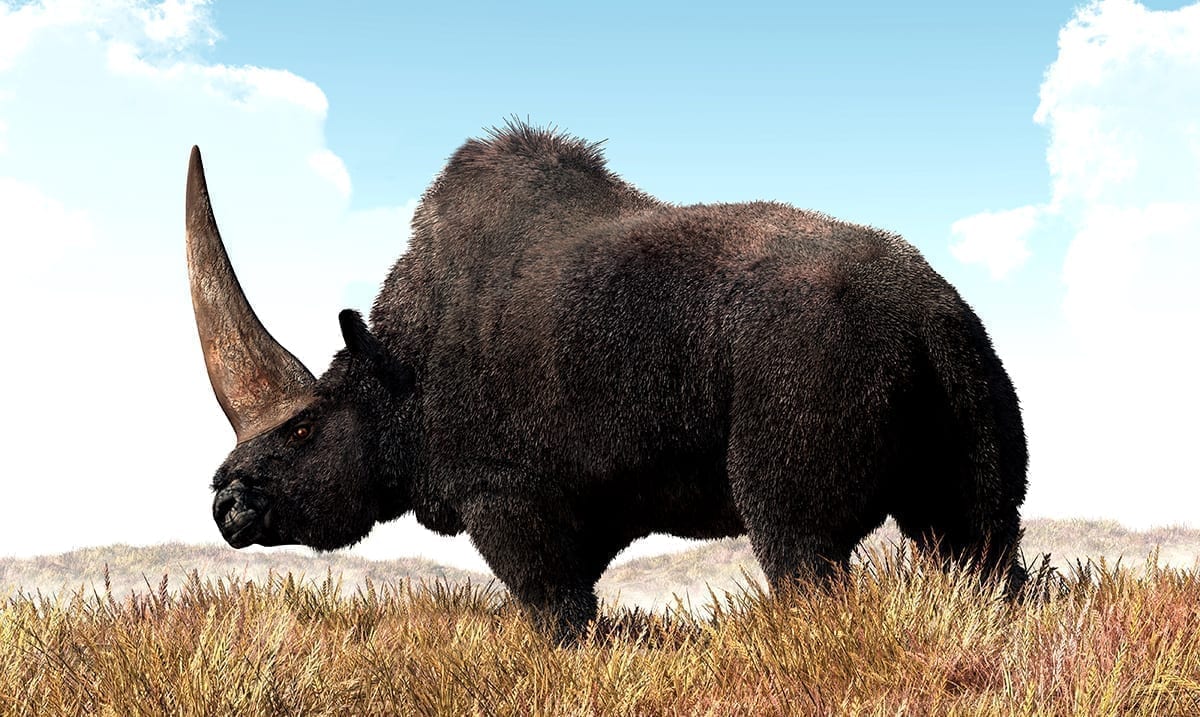 When you think of a unicorn chances are you think of a pretty horse with a horn growing out of its head just between its ears, right? Well, real unicorns were apparently not as majestic looking as their mythical version.

According to Smithsonian Magazine, as modern humans were emerging these ancient unicorns were dying off, and they looked a lot more like hairy rhinoceros’ than they did horned horses, that’s for sure. A study from back in 2017/2018 found that they went extinct around 39,000 years ago which is much sooner than we previously thought. Before this, we assumed they had died off about 100,000 years ago.

For those who do not know this ancient unicorn is known as the Elasmotherium sibiricum or the Siberian Unicorn. You see, in the past, there were many different species of rhino. While in present times we only have 5 species of rhino, according to the Natural History Museum in the past there were up to 250 different species, this Siberian Unicorn being one of them. I know, this is a lot to take in but stay with me. As you can see below, they look nothing like what you see on the TV or hear about in stories.

The Natural History Museum wrote as follows on what this creature was:

Weighing up to 3.5 tonnes, it lived on the Eurasian grasslands ranging from southwestern Russia and Ukraine to Kazakhstan and Siberia.

Eventually the species went extinct – but exactly when that happened has been in doubt.

For those studying the fauna of the last Ice Age, one of the most significant events of the period was the megafaunal extinction. It saw the disappearance of many large, iconic species such as the woolly mammoth, the Irish elk and the sabre-toothed cat.

Prof Adrian Lister, Merit Researcher at the Museum, says, ‘This megafaunal extinction event didn’t really get going until about 40,000 years ago. So Elasmotherium with its apparent extinction date of 100,000 years ago has not been considered as part of that same event.’

Over the last few years, however, there have been some hints that this extinction date for E. sibiricum might be wrong.

‘We dated a few specimens – such as the beautiful complete skull we have at the Museum – and to our surprise they came in at less than 40,000 years old,’ explains Adrian.

It has been said that this species itself may have ended up dying off because their diet was so specialized for them. You see, they grazed on ‘tough, dry grasses’ according to The BBC which were, as time passed back then not as available as you’d expect. Grasslands were shrinking and as time continued to pass it is likely a lot of species perished as a result. Many people think this interesting ancient species could be the reason behind the mythical concept we know today as the Unicorn. That being said, we don’t know for sure.

To learn more about this mind-blowing creature of the past take a look at the video below. What do you think about it? I for one think it’s quite interesting and truly something special.