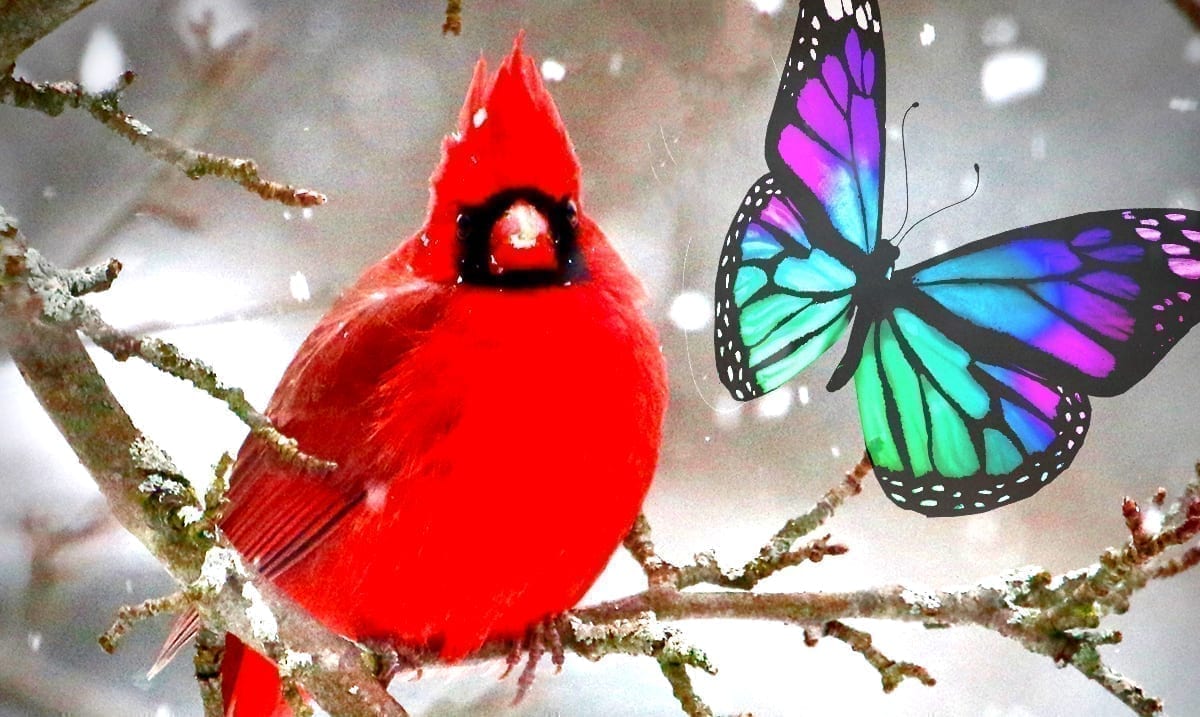 Seeing And Dreaming About Cardinals – Winged Messengers From The Other Side

Cardinals are some of the most interesting birds we tend to see in nature. They are often quite willing to come up to window sills and get quite close to us unlike most other common birds you may see.

One of the reasons most people think cardinals are so ‘friendly’ in this sense has a lot to do with the spiritual side of things. If you’re seeing cardinals quite often or even dreaming of them someone from the other side may be trying to contact you. They could be trying to make you aware of something or perhaps bring someone you’ve lost to your mind. This a reminder for you that the person they’re bringing that message from is still with you.

Tons of people have what is often referred to as ‘cardinal experiences.’ This basically being our encounter with red cardinals when they come forth during hard moments in our lives. When we’re struggling the most they come out of nowhere.

Cardinals often symbolize the end of bad and birth of good. They bring forth luck and if you’re seeing them then you should take it as a sign that someone who has passed that you love is with you. Seeing red cardinals is one of the most common means of communication from those who are no longer on this planet.

Depending on your culture cardinals could mean more or less and even for Native Americans they have a deeper meaning, WorldBirds.org actually wrote as follows on their symbolism in Native American culture:

Cardinals themselves are romantic and devoted lovers to each other. When a cardinal mates, they mate for life. They have a harmonious, musical, and healthy relationship with their spouse. Both the female and male cardinal romantically sing duets to each other in troubling times; they do so by calling similar melodies to each other.

This is why the native folklore believed that if a single person spotted a cardinal crossing their path, they could expect a romantic relationship soon. If a person in a committed relationship encounters the red bird of wonders, they can expect a renewed spark of romance in their relationship.

Cardinals also serve as a reminder of monogamy to people who were unfaithful in their relationships. The natives believe the cardinals to be a messenger of romance because of the maiden and the red bird’s legend.

According to the legend, a cardinal once came across a beautiful maiden who had many virtues. It saw how the maiden was lonely and remembered that. As the Cardinal continued to travel along the rest of his journey, it came across a brave Indian. Cardinals quickly befriended the witty boy and tricked him into following him. The redneck led the handsome boy straight to the maiden’s home. The maiden and the boy both found each other and quickly discovered friendship, companionship, and romance.

For more information on this topic take a peek at the video below. While this kind of thing might not sound like much to some, to those who are missing those who have passed it can be a signal that things are going to get better. Don’t overlook these birds and the messages they bring with their presence.