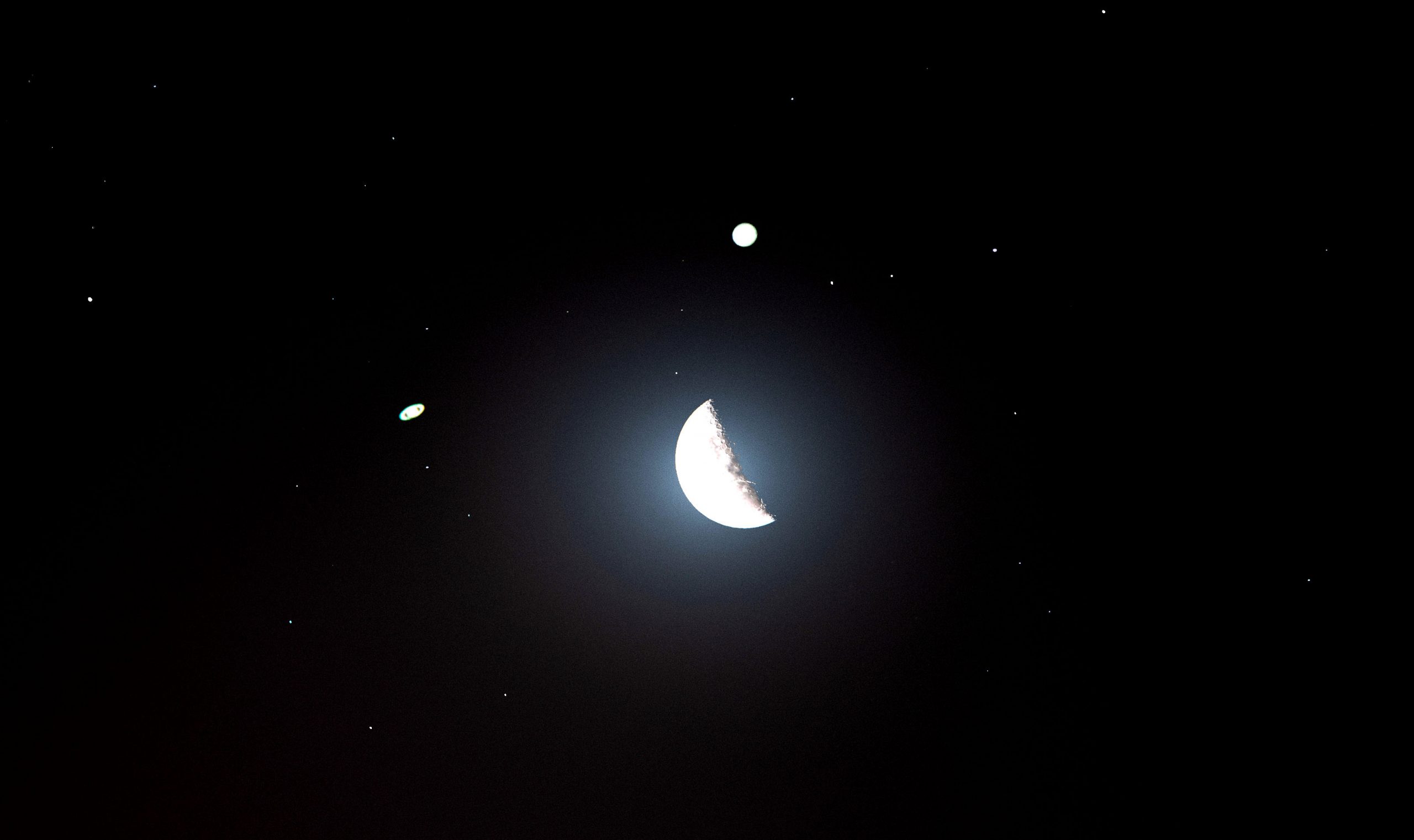 As we move through the end of June we should all be taking the time to catch a glimpse of the planets it has brought forth. In the night sky of June, you can see several planets, and well, they’re pretty mesmerizing.

Right now you can see Jupiter, Saturn, and Mars lined up quite well though not perfect in the night sky. Jupiter and Saturn have been and will be quite close to one another throughout June but Mars is a bit off to itself. While these planets might not all be as clear as you would hope for them to be, if you know where to look spotting them isn’t too hard.

Earth Sky wrote as follows on Mars, Jupiter, and Saturn in the night sky:

“In June 2020 … you’ll find Mars respectably bright – easily as brilliant as a 1st-magnitude star – before dawn. Earth will be rushing along in its smaller, faster orbit, gaining on Mars, the fourth planet outward from the sun. Throughout the next several months, watch for Mars to brighten dramatically as Earth closes in on Mars. The red planet will appear brightest in our sky and fiery red – around the time of its opposition – when Earth passes between Mars and the sun on October 13, 2020. At that wondrous time, Mars will actually supplant Jupiter as the sky’s fourth-brightest celestial body, after the sun, moon, and the planet Venus, respectively.”

“Jupiter and Saturn are near one another on the sky’s dome, with Saturn following Jupiter westward across the sky from mid-to-late evening till dawn. Look first for brilliant Jupiter and you’ll find Saturn a short hop to the east of the king planet. Remember, east is in the direction of sunrise. Although Saturn is easily as bright as a 1st-magnitude star, the ringed planet pales next the the king planet Jupiter, which outshines Saturn by some 15 times.”

Perhaps it should also be noted you may be able to catch a glimpse of Venus and Mercury as well if you’re interested in going out to view at different times. Ever since the beginning of June astronomers and the public, in general, have been spotting these celestial bodies and well, some are catching pretty special images of each. While we are sure July will also hold some interesting planets to view, this in itself is a great chance for us all to catch a last glimpse of some that may end up moving a bit further out of our view for now.

June has been a great month for viewing different things in the night sky, and I am still quite blown-away even now. Have you managed to catch a peek at any of these planets so far? I for one have done my best to spot them as often as possible. If you’re wondering when your best viewing time would be to catch all three of these amazing planets click here and put your location in.

To learn more about different things in the June sky as this month comes to an end take a look at the video below. The sky itself is truly a marvelous thing, and we’re always graced with such beauty. I for one love staying up and viewing the night sky.