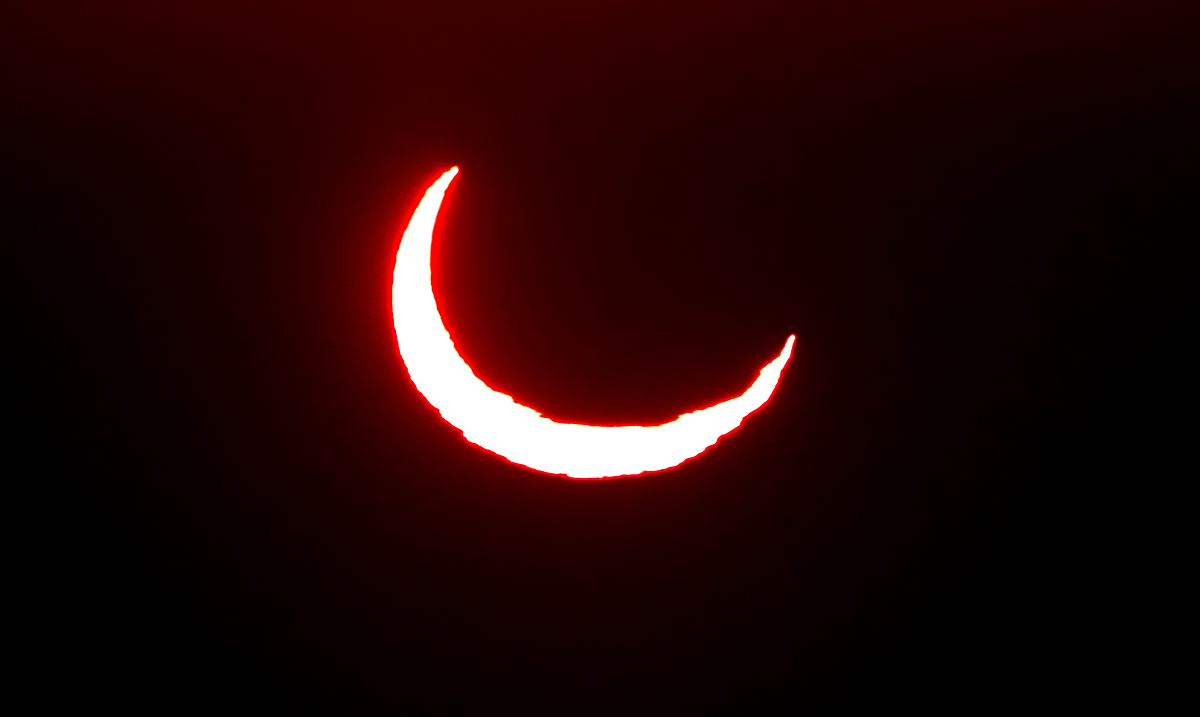 Many of us have heard the term ‘blue moon,’ but have you ever heard of the black moon? Black moons are exceptionally rare, and one is right around the corner. This is everything you need to know about the black moon coming up!

A blue moon is when two full moons take place in the course of a month, hence the phrase ‘once in a blue moon.’ A black moon is similar to this, only it’s when two new moons happen in a month’s time. To understand how rare this is, it’s important to note that during 2021, we didn’t experience any black moons.

This black moon will happen on April 30, coinciding with a solar eclipse.

New moons take place when the Earth-facing side of the moon is covered by a shadow, causing the moon to become dark. In a normal cycle, we typically only see one full moon and one new moon during the span of 30 days. However, once every (about) three years, we have two new moons during a calendar month.

Many people think of a crescent moon as a new moon, but that is far from the truth. In reality, the new moon is pretty much black.

Because of how dark the moon will be, Space.com explains, “It happens at that time of the month when the moon passes through the same part of the sky as the sun and as such, the moon’s dark or unilluminated side faces Earth,” and says, “So, there really is nothing to see.”

However, because of the eclipse, we will technically be able to see the moon in certain parts of the world. For example, the eclipse will be visible to South America, Antarctica, and regions of the Pacific and Atlantic Oceans.

While it may not look like a moon, it will appear as a dark shadow that will encompass the sun for a period of time.

And even if you don’t get to see that, it’s still fun to learn about these different types of moon phases and what they mean for us.

For those of you who love astrology, this event is thought to bring us a new beginning, and the last chance to start a new venture this month. So, if you’ve been feeling like you need a reason to get a jump start in a new direction, it’s said that this is the perfect opportunity.