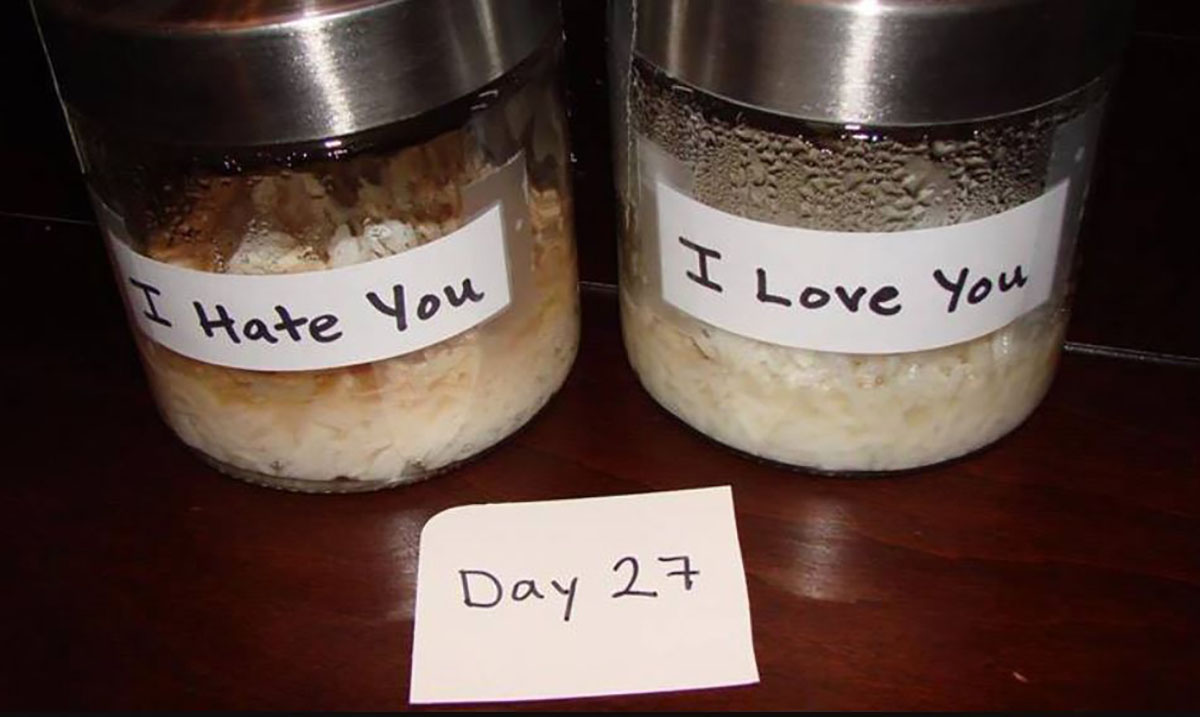 Scientific Proof That Your Thoughts Actually Affect The Physical World

We all know that everything is made up of energies but not everyone understands that as properly as they should. When it comes to our thoughts and things of that nature, they hold more power than we want to admit.

If you’ve ever heard of Dr. Masaru Emoto then chances are you know about the water experiment and the rice experiment. These experiments are both similar but different in their own ways. Basically, for the water experiment, Emoto had about 2000 people focus their intent on water samples. These intentions meant to be positive ones formed ice crystals on the water and from there it was noted that through our intentions influencing water and thus the world around us in this sense, might be possible.

While that experiment wasn’t necessarily as simple as it sounds, the more you dive into it the more interesting it becomes overall. From there the rice experiment was born and well, it’s one that I personally find quite mind-blowing even now. it might seem simple and not everyone agrees that it proves what Emoto was aiming for but it really brings a lot to the table in my eyes.

Interview with Dr. Masaru Emoto about the magic of Water(rice experiment) https://t.co/D5fbRFILyE via @YouTube

The rice experiment was one in which Emoto took cooked rice and placed two portions out. One portion was given positive words daily and the other was given negative words daily. You see, one container said ‘thank you’ on it and the other said something like ‘you fool’ reading these things off to the jars each day as time passed seemed to affect them.

After about a month, the rice that had been given positive words was doing much better than the one that had been offered nothing but negative words. This experiment is one that lots of people replicate and you can see an example of that below if you have the time. I know, it might sound weird but it’s something worth really considering when you look at things as a whole.

These experiments overall just reaffirm that the world around us is influenced by the energies we put out into the world, more or less. While the rice that got positive words seemed the most normal, the jar that was seemingly neglected and talked down to basically rotted. Whether you agree with the ‘science’ behind this or not I think it also shows that we should be aware of the things we are saying because they can do a lot of damage to the people in our lives.

A lot of people consider all of this nothing more than pseudo-science but at the end of the day, I think there is a powerful message behind all of Emoto’s work. If we want to spread something in this world if nothing else his work shows us that we should be trying our best to spread positivity above all else, wouldn’t you agree? Sure, it might be hard to accept but perhaps we should all be thinking about this kind of thing a little more.