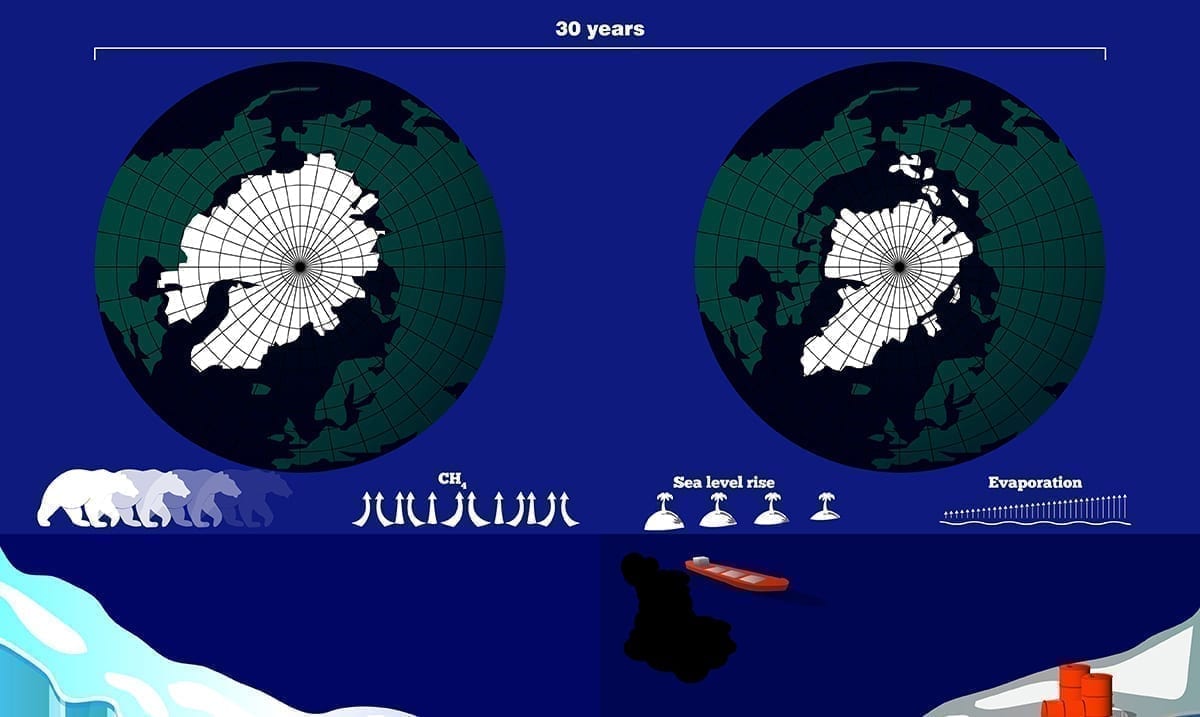 Scientists Warn Of ‘Imminent’ Stratospheric Warming Around The North Pole

By Gerald Sinclair January 7, 2021 No Comments

While we don’t really understand this kind of thing entirely, there is something odd going on each winter when it comes to places like the North Pole. You see, with cold wind whirling around the North Pole, it could change things weather-wise for some locations as things unfold.

Overall what I am talking about here is something known as stratospheric warming and well, it’s quite confusing but important to be aware of. When we face something like sudden stratospheric warming, it increases the risks of very cold temperatures. A study going over this was led by researchers at the Universities of Bristol, Bath, and Exeter according to Phys.org and together these universities were able to come to an understanding over things in some ways. Their findings could help make weather models overall a lot more accurate when you really think about it.

Phys.org wrote as follows about all of this:

The stratosphere is the layer of the atmosphere from around 10-50km above the earth’s surface. SSW events are some of the most extreme of atmospheric phenomena and can see polar stratospheric temperature increase by up to 50°C over the course of a few days. Such events can bring very cold weather, which often results in snowstorms.

The infamous 2018 ‘Beast from the East’ is a stark reminder of what an SSW can bring. The disturbance in the stratosphere can be transmitted downward and if this continues to the Earth’s surface, there can be a shift in the jet stream, leading to unusually cold weather across Europe and Northern Asia. It can take several weeks for the signal to reach the surface, or the process may only take a few days.

The study, published in the Journal of Geophysical Research and funded by the Natural Environment Research Council (NERC), involved the analysis of 40 observed SSW events that occurred over the last 60 years. Researchers developed a novel method for tracking the signal of an SSW downward from its onset in the stratosphere to the surface.

Findings in the paper, Tracking the stratosphere-to-surface impact of Sudden Stratospheric Warmings suggest split events tend to be associated with colder weather over northwest Europe and Siberia.

The lead author of the study, Dr. Richard Hall, said there was an increased chance of extreme cold, and potentially snow, over the next week or two. “While an extreme cold weather event is not a certainty, around two-thirds of SSWs have a significant impact on surface weather. What’s more, today’s SSW is potentially the most dangerous kind, where the polar vortex splits into two smaller ‘child’ vortices.”

I know, this might not sound like much to some but in general, it helps us better understand a lot. This study is able to show us a means of probability when it comes to SSW events. Yes, we still have more things that need to be answered but this is a good start towards something big.

Sudden stratospheric warming (SSW) events are extreme atmospheric regimes which can have a signature in surface weather up to 40 days after event onset in the stratosphere. SSWs can be classified as either vortex splitting or vortex displacement events, with the nature and timing of the surface impact potentially being different between the two. In this study, using ERA40/Interim reanalysis data we developed a simple empirical downward tracking algorithm which for the first time allows us to estimate the time of surface impact for individual SSW events. We show that the surface impact following splitting events is, on average, about one week earlier than following displacement events, albeit with considerable variability.

BY compositing tropospheric responses around the identified date of surface impact, rather than around the central stratospheric onset date as common in previous studies, we can better constrain the surface signal of SSWs. We find that while the difference in North Atlantic Oscillation (NAO) anomalies between split and displacement vortices is small, surface temperature anomalies over northwest Europe and Northern Eurasia are significantly colder for splitting events, particularly over the UK just prior to the surface impact date. Displacement events on average are wetter over Northwest Europe around the time of surface impact, consistent with the jet stream being displaced further south in response to split events. Our downward tracking algorithm can be used with any reanalyses and gridded model data, and therefore will be a valuable tool for use with the latest climate models.

What do you think about all of this? I for one find it mind-blowing. Things like this are hard to get into but once you really look into them they really take you by surprise.