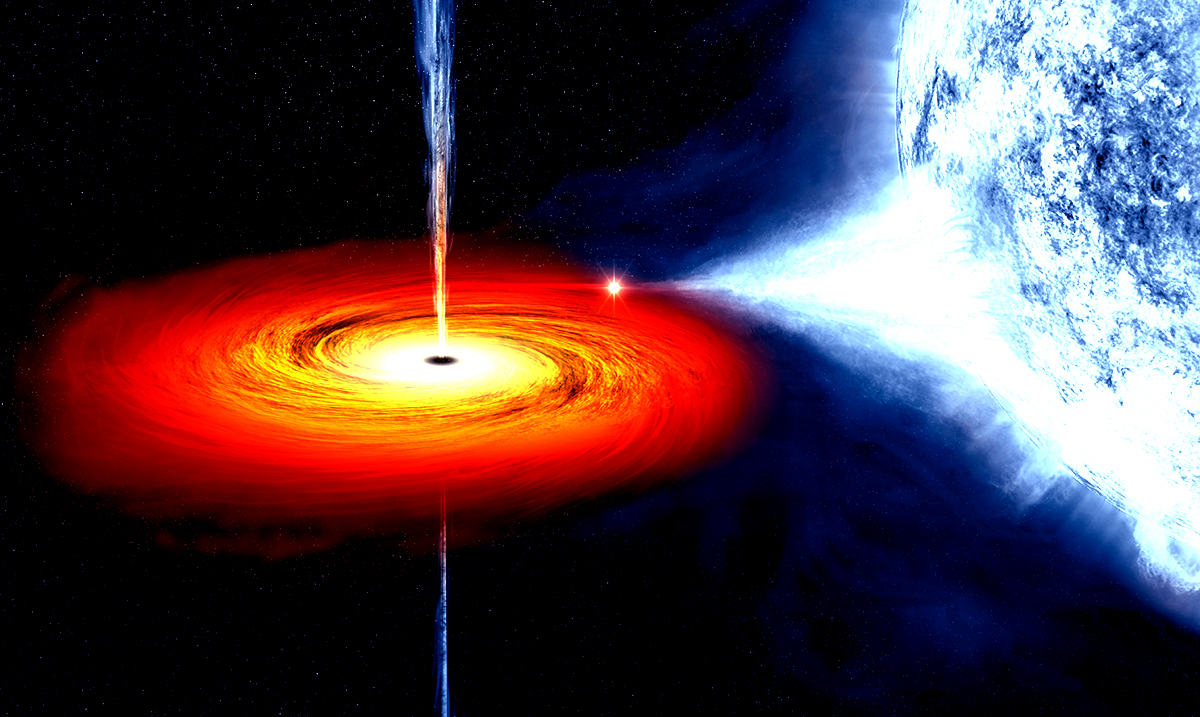 Scientists Think Black Holes Are Portals To Other Dimensions

By Gerald SinclairJune 13, 2019No Comments

Sure, we know that black holes exist but other than that we are lacking when it comes to information on them. Throughout the years’ many theories regarding what being sucked into or traveling through one of these holes, in general, would result in but perhaps we’re beginning to understand a bit better now.

A team of scientists from the University of Massachusetts Dartmouth seems to believe that there are different kinds of black holes rather than just one kind. This meaning that while some might destroy all that enter them perhaps others do not. They actually went so far as to mention in their research that it could be possible to pass through some black holes relatively easily and into another ‘world.’

Gaurav Khanna lead researcher at this University wrote as follows on the website ‘The Conversation’:

My team at the University of Massachusetts Dartmouth and a colleague at Georgia Gwinnett College have shown that all black holes are not created equal. If the black hole like Sagittarius A*, located at the center of our own galaxy, is large and rotating, then the outlook for a spacecraft changes dramatically. That’s because the singularity that a spacecraft would have to contend with is very gentle and could allow for very peaceful passage.

The reason that this is possible is that the relevant singularity inside a rotating black hole is technically “weak,” and thus does not damage objects that interact with it. At first, this fact may seem counter-intuitive. But one can think of it as analogous to the common experience of quickly passing one’s finger through a candle’s near 2,000-degree flame, without getting burned.

My colleague Lior Burko and I have been investigating the physics of black holes for over two decades. In 2016, my Ph.D. student, Caroline Mallary, inspired by Christopher Nolan’s blockbuster film “Interstellar,” set out to test if Cooper (Matthew McConaughey’s character), could survive his fall deep into Gargantua – a fictional, supermassive, rapidly rotating black hole some 100 million times the mass of our sun. “Interstellar” was based on a book written by Nobel Prize-winning astrophysicist Kip Thorne and Gargantua’s physical properties are central to the plot of this Hollywood movie.

Building on work done by physicist Amos Ori two decades prior, and armed with her strong computational skills, Mallary built a computer model that would capture most of the essential physical effects on a spacecraft, or any large object, falling into a large, rotating black hole like Sagittarius A*.

Their theories and findings, in general, seem to be quite supported by their computer simulation tests and only more research in the future can be done to solidify these theories further. This is something many are quite excited about as most people love the idea of being able to move forward into a new world or parallel universe if some kind.

What do you think would happen if you passed through a black hole? Would you come out somewhere else? Would everything just stop? To learn more on this topic please feel free to check out the video below. Stephen Hawking before his death spoke on the subject of black holes time and time again, his thoughts seem to align quite properly.