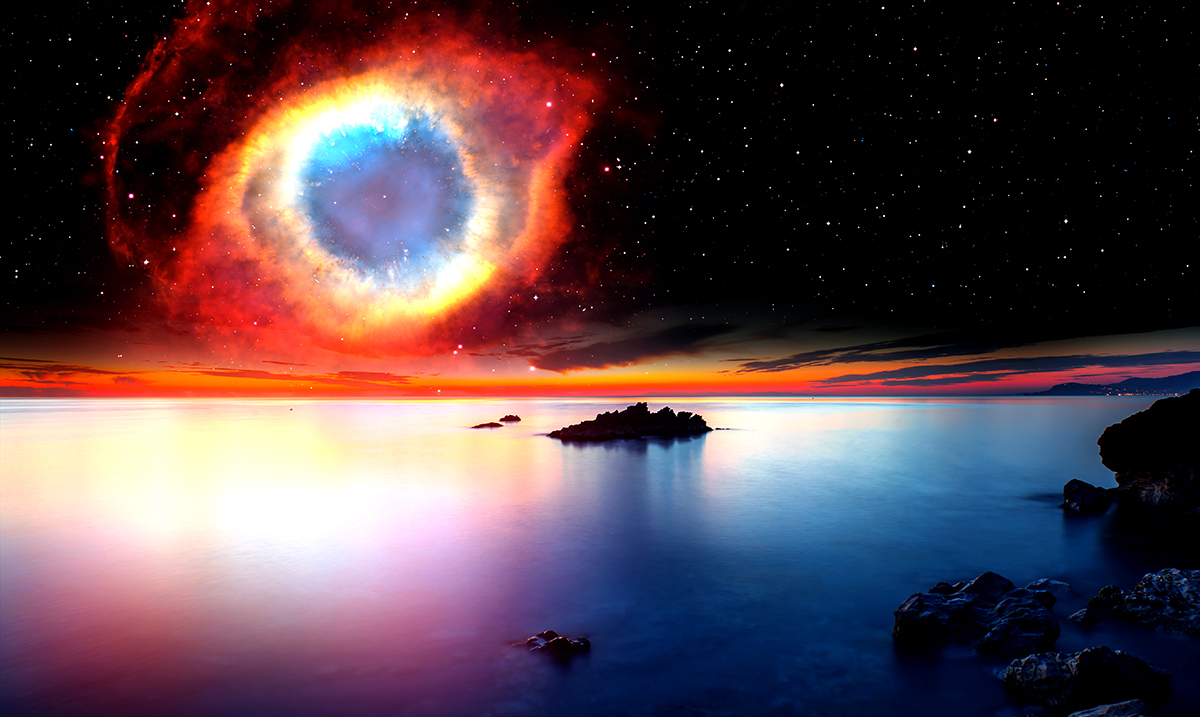 There are tons of theories regarding the universe and where it came from and will end up. One of the more prominent being CCC or conformal cyclic cosmology.

CCC for those who are not familiar is basically just a theory about our universe that notes how it most likely goes through cycles of big bangs, compression, and so forth constantly. You can click here to read more on CCC and gain a better understanding overall. Sure, cycle to cycle you would assume things would be destroyed entirely but perhaps bits and pieces of the electromagnetically radioactive could survive on some level.

According to recent research swirling patterns in the sky could actually be signs of black holes that were able to somehow survive the destruction or death of a universe that existed before our own. Roger Penrose, co-creator of the CCC theory told New Scientist that these swirls are the final remnants once the black hole itself has evaporated away over the course of an aeon. Evidence of this is something we call Hawking Points as they were named for Hawking himself who theorized that black holes would emit radiation.

The abstract of their study goes as follows:

This paper presents strong observational evidence (99.98% confidence) of anomalous individual points in the very early universe that appear to be sources of vast amounts of energy, revealed as specific previously unobserved signals found in the CMB sky. Though seemingly problematic for cosmic inflation, the existence of such anomalous points is an implication of conformal cyclic cosmology (CCC), as what could be the Hawking points of the theory, these being the effects of the final Hawking evaporation of supermassive black holes in the aeon prior to ours. Although of extremely low temperature at emission, in CCC this radiation is enormously concentrated by the conformal compression of the entire future of the black hole, resulting in a single point at the crossover into our current aeon, with the emission of vast numbers of (mainly) photons, whose effects we appear to be seeing as the observed anomalous points. Remarkably, the B-mode location found by BICEP 2 is at one of these anomalous points (an additional expectation of CCC).