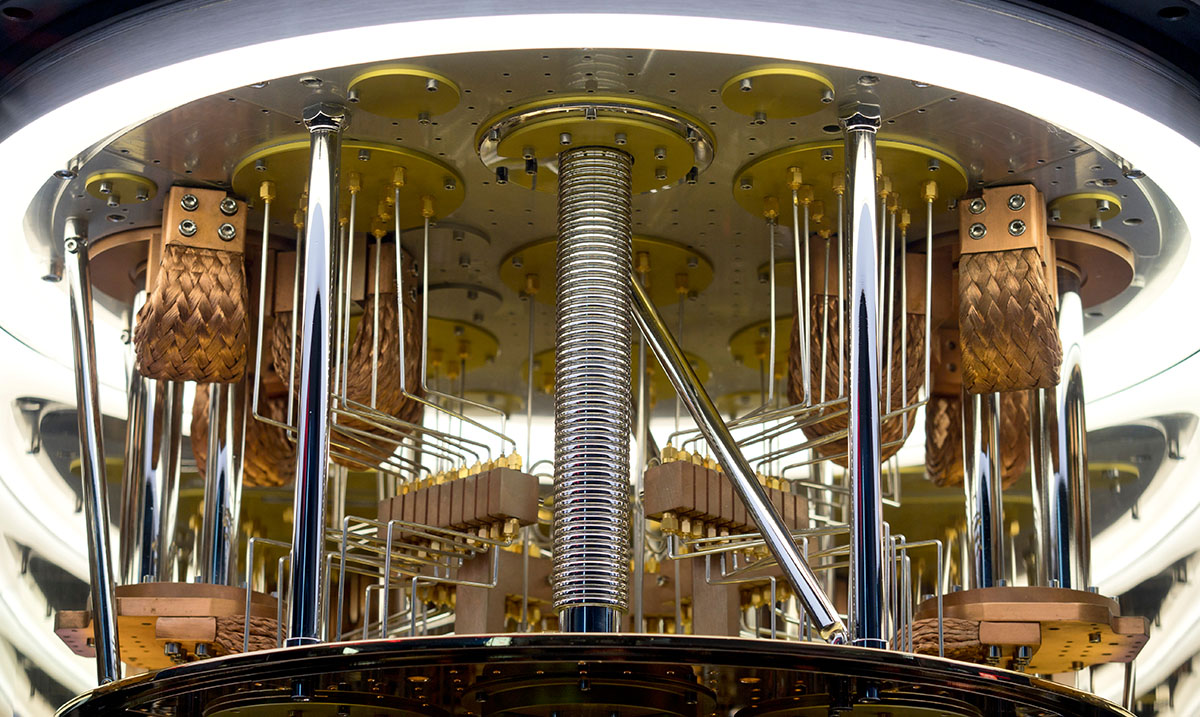 By Gerald SinclairMarch 23, 2021No Comments

While this happened a while back for some reason it has not garnered as much attention as it should have. Sure, it might not sound like much but this whole concept really should blow those who learn about it away.

In November of 2020, a study was published that you could call groundbreaking. This study was one that went over how a group of scientists were somehow able to turn IBM’s largest quantum computer into literal quantum material. In order to do this programming was needed on an extreme level and well, from there the material being called exciton condensate was revealed. This is something we have only recently even learned existed according to The University of Chicago and well, from here who knows what we will be capable of.

The abstract of this study was published under the title ‘Preparation of an exciton condensate of photons on a 53-qubit quantum computer’ and goes as follows:

Quantum computation promises an exponential speedup of certain classes of classical calculations through the preparation and manipulation of entangled quantum states. So far, most molecular simulations on quantum computers, however, have been limited to small numbers of particles. Here we prepare a highly entangled state on a 53-qubit IBM quantum computer, representing 53 particles, which reveals the formation of an exciton condensate of photon particles and holes. While the experimental realization of ground state exciton condensates remained elusive for more than 50 years, such condensates were recently achieved for electron-hole pairs in graphene bilayers and metal chalcogenides. Our creation of ground state photon condensates has the potential to further the exploration of exciton condensates, and this novel preparation may play a role in realizing efficient room-temperature energy transport.

Through these findings, it was noted that energy could be conducted with ‘almost zero loss.’ This being an amazing find and quite the revelation. As we continue to move forth more quantum materials will essentially come out to play as research is done and eventually we may end up with a lot to work with. Exploring this material is something that most will never get the chance to do.

The University Of Chicago wrote as follows going more in-depth about these findings:

Though exciton condensates had been predicted half a century ago, until recently, no one had been able to actually make one work in the lab without having to use extremely strong magnetic fields. But they intrigue scientists because they can transport energy without any loss at all—something which no other material we know of can do. If physicists understood them better, it’s possible they could eventually form the basis of incredibly energy-efficient materials.

To make an exciton condensate, scientists take a material made up of a lattice of particles, cool it down to below -270 degrees Fahrenheit, and coax it to form particle pairs called excitons. They then make the pairs become entangled—a quantum phenomenon where the fates of particles are tied together. But this is all so tricky that scientists have only been able to create exciton condensates a handful of times.

“An exciton condensate is one of the most quantum-mechanical states you can possibly prepare,” Mazziotti said. That means it’s very, very far from the classical everyday properties of physics that scientists are used to dealing with.

Enter the quantum computer. IBM makes its quantum computers available for people around the world to test their algorithms; the company agreed to “loan” its largest, called Rochester, to UChicago for an experiment.

Graduate students LeeAnn Sager and Scott Smart wrote a set of algorithms that treated each of Rochester’s quantum bits as an exciton. A quantum computer works by entangling its bits, so once the computer was active, the entire thing became an exciton condensate.

“It was a really cool result, in part because we found that due to the noise of current quantum computers, the condensate does not appear as a single large condensate, but a collection of smaller condensates,” Sager said. “I don’t think any of us would have predicted that.”

What do you think about all of this? I cannot wait to see what else we are capable of in the future. Things really are becoming more and more advanced, aren’t they?