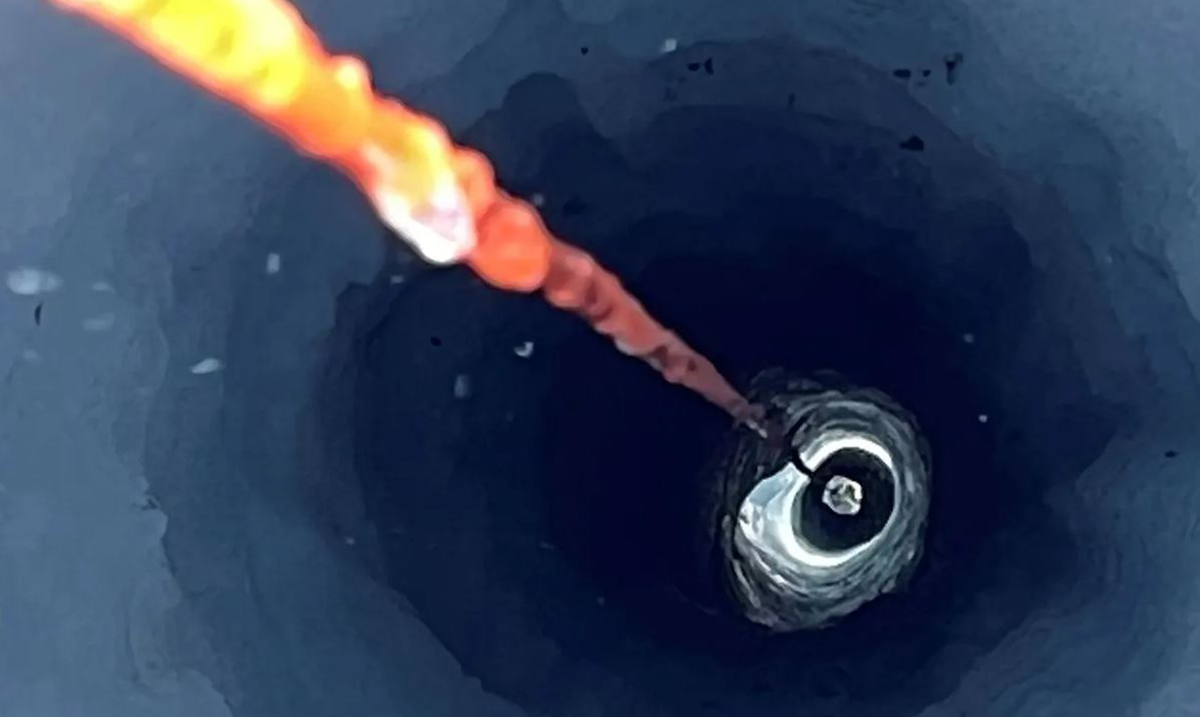 By Harley MansonNovember 29, 2022No Comments

What do you think of when you envision Antarctica? While most would say snow and a vast wasteland, there is an entire ecosystem living beneath the ice.

In Antarctica, there are two different types of ice, land ice and sea ice. Sea ice is formed by layers of the Southern Ocean freezing over. The land ice, much like other regions, comes and goes based on the seasons, and melts away during the summer.

As the ice begins to melt, scientists have observed massive blooms of photosynthetic algae. For quite some time, researchers have thought that during the time that ice covered the surface, the algae could not thrive, due to being blocked from the light. But, recently, they discovered that blooms of photosynthetic algae known as phytoplankton can grow and thrive even before the ice has melted.

The research was carried out by a team from Brown University. According to the researchers, there is likely a swathe of the algae that is alive permanently beneath the continent.

“Finding these blooms helps challenge the paradigm that regions under sea ice are devoid of life, and introduces important new questions about the food webs that might lie under the ice in Antarctica.

“We think they could cover up to 5 million square km of the under-ice region in the Southern Ocean,” said Christopher Horvat, the lead researcher on the study.

One theory as to how this could happen is based on the patches of ice in the Southern Ocean being interlaced with open patches. They believe that the open patches allow the sun to pass through, even in the wintertime.

Even stranger though is the fact that there is also life on the sea floor, where absolutely no light can reach.

“Most ice shelves are so thick that no light reaches the sea floor below,” Huw Griffiths, a marine biologist, explained in a press release.

“We know very little about life under Antarctica’s floating ice shelves. Ice shelves cover around a third of the continental shelf—1.5 million square kilometers—but our knowledge is based on a handful of records from boreholes drilled through the ice shelves,” he said.

“These holes give us small snapshots of what lives on the seafloor and the water column, but the majority of what we know comes from short video clips and photographs covering a very small area.

“Current theories on what life could survive under ice shelves suggest that all life becomes less abundant as you move further away from open water and sunlight,” he continued.

“Past studies have found some small mobile scavengers and predators, such as fish, worms, jellyfish, or krill, in these habitats. Our study found the first ever record of a hard substrate—a boulder—community deep beneath an ice shelf, made up of probable filter-feeding animals such as sponges.”