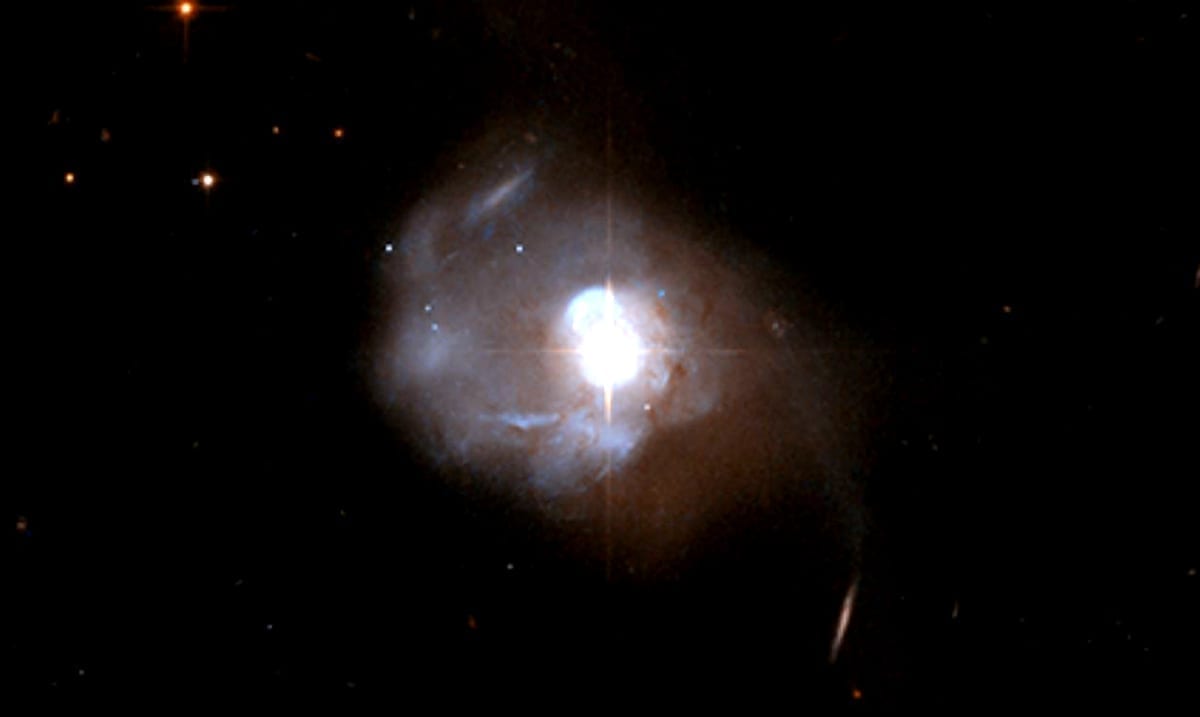 While it might not sound like much, it seems researchers earlier this year found molecular oxygen somewhere in space. While this is a huge find, it doesn’t mean we can just go out there to this place and start breathing in the ‘oxygen’ present there.

This molecular oxygen was spotted by astronomers in a galaxy very far from our own and while molecular oxygen is a very important part of the air we breathe, it’s not all that makes it up. The study on this was published in The Astrophysical Journal back in January and it basically helps us to better understand how oxygen plays a role in space, like how planets evolve and things of that nature. That being said, this is the ‘first detection’ of ‘extragalactic molecular oxygen’ and it’s pretty mind-blowing.

VICE wrote as follows on this find:

Oxygen is the third most abundant element in the universe, after hydrogen and helium, and is one of the key ingredients for life here on Earth. Molecular oxygen is the most common free form of the element and consists of two oxygen atoms with the designation O2. It is the version of the gas that we humans, among many other organisms, need to breathe in order to live.

Yet despite its ubiquity and significance to habitability, scientists have struggled for decades to detect molecular oxygen in the wider cosmos.

Now, a team led by Junzhi Wang, an astronomer at the Shanghai Astronomical Observatory, reports the discovery of molecular oxygen in a dazzling galaxy called Markarian 231, located 581 million light-years from the Milky Way.

The researchers were able to make this detection with ground-based radio observatories. “Deep observations” from the IRAM 30-meter telescope in Spain and the NOEMA interferometer in France revealed molecular oxygen emission “in an external galaxy for the first time,” Wang and his co-authors wrote.

Earth’s atmosphere absorbs a lot of the wavelengths that are needed to detect oxygen, so it can be tricky for ground telescopes to pinpoint the element through the veil of gas that encircles the planet.

As a result, the only two detections of molecular oxygen within the Milky Way were spotted by space telescopes that didn’t have to deal with an obstructive atmosphere. Within the past 20 years, satellites have successfully detected molecular oxygen in the Rho Ophiuchi cloud and the Orion Nebula, which are respectively 350 and 1,344 light-years from Earth.

This find gives us a lot to look into and perhaps as more research is done we will learn a lot. I know, it might bring forth a lot of questions now but in time those questions will be answered. While we could not breathe this oxygen because it is not mixed with the right amounts of things, its presence is quite amazing. If it were mixed with these things, we would likely be able to seemingly breathe it.

We report the detection of an emission feature at the 12σ level with FWHM line width of about 450 km s−1 toward the nearest quasi-stellar object, QSO Mrk 231. Based on observations with the IRAM 30 m telescope and the Northern Extended Millimeter Array Interferometer, the 11–10 transition of molecular oxygen is the likely origin of the line with rest frequency close to 118.75 GHz. The velocity of the O2 emission in Mrk 231 coincides with the red wing seen in CO emission, suggesting that it is associated with the outflowing molecular gas, located mainly at about 10 kpc away from the central active galactic nucleus (AGN). This first detection of extragalactic molecular oxygen provides an ideal tool to study AGN-driven molecular outflows on dynamic timescales of tens of megayears. O2 may be a significant coolant for molecular gas in such regions affected by AGN-driven outflows. New astrochemical models are needed to explain the implied high molecular oxygen abundance in such regions several kiloparsecs away from the center of galaxies.

What do you think about this finding? I for one am blown away. The world of science and space never ceases to amaze.