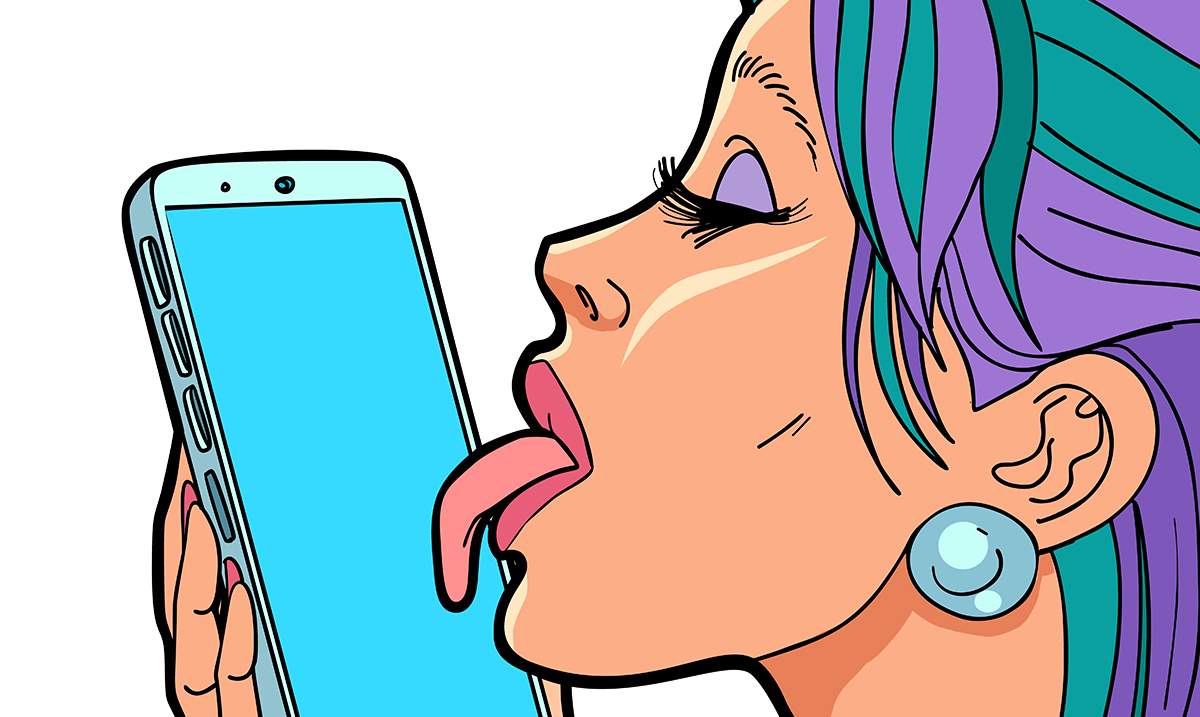 It may sound like something off of Willy Wonka and the Chocolate Factory, but it’s the real deal. Scientists have now created a prototype for a lickable television screen that simulates flavors.

If you are like me, then it’s likely there’s been a time in which you were watching a commercial or movie, and then bam, out of the blue, a delicious food item like a rich chocolate cake, or juicy burger pops up on the screen. Following shortly after, I am often left with an insatiable craving for the food item, and I swear I have said, “That looks so good, I could lick the screen.”

As it turns out, thanks to a Japanese professor, it may not be long before that becomes a reality. Homei Miyashita is the creator of what he calls ‘Taste the TV,’ or ‘TTTV’ for short.

To create the TV, the scientists blended up different foods and then fed them to sensors to ‘taste’ them. Then, they sprayed chemicals onto a rolling plastic sheet to recreate the flavor. Then, they roll the sheet out over the TV, so you can lick them, and then rolled away to dispose.

“The goal is to make it possible for people to have the experience of something like eating at a restaurant on the other side of the world, even while staying at home,” Miyashita explained to Reuters.

The expected price range of the device would be around $875. Additionally, the device could be used to flavor other foods.

Miyashita believes the device could have other purposes, like tasting games, quizzes, and more.

To demonstrate, he had one student tell the TV she wanted to taste sweet chocolate, She then licked the screen and said, “It’s kind of like milk chocolate,” she said. “It’s sweet like a chocolate sauce.”

Currently, he is just in the prototype phase, but considering the different ways the device could be used, I am sure it will one day find its way to the shelves of our favorite stores. At least, one can dream, right?

Check out the demonstration video below.