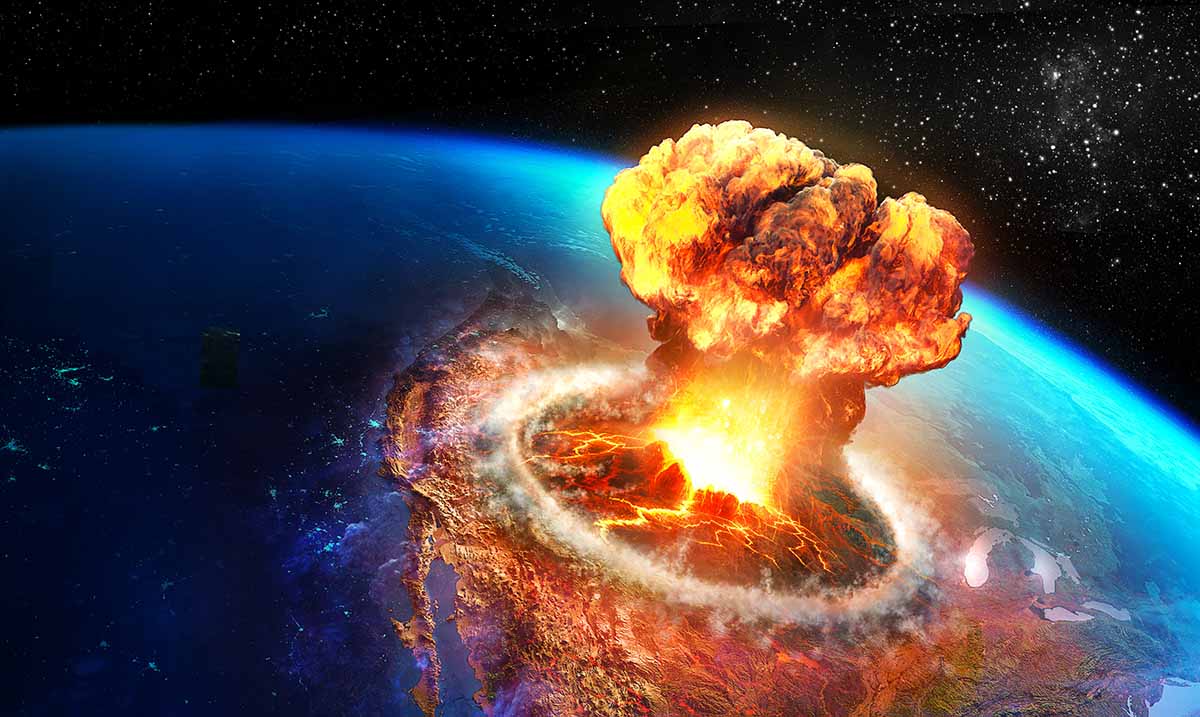 Scientists Warn, The World Is Not Ready For The Next Super-Eruption

By Harley Manson September 14, 2022 No Comments

As humans, we tend to think that because we are so advanced, we are prepared for anything. And while we are likely more prepared than the dinosaurs or the cavemen, scientists are pointing out that we aren’t as prepared as we need to be if we wish to survive.

If you asked most people how they thought the world would end, a lot of the responses would revolve around things that we have had some experience with, like climate change or pandemics. And while those are things to be concerned about, some things occur naturally in our world that has not only happened before (resulting in a disastrous turnout I might add) but will without a doubt happen again.

There are a variety of existential and natural threats posed by forces outside of our control, and with our advancement in science and technology, there is no wonder as to why scientists are asking one simple question: why are we not prepared for the next major super-volcanic eruption?

I can already hear the comment section crawling with people calling me out for fearmongering, but the fact of the matter is, super volcanos do exist, and they do erupt. Two researchers pointed out in a new commentary in the journal Nature that volcanoes are most definitely still a looming threat that should be addressed immediately.

“Over the next century, large-scale volcanic eruptions are hundreds of times more likely to occur than are asteroid and comet impacts, put together,” explained Michael Cassidy, a professor of volcanology at the University of Birmingham, and Lara Mani a research associate from the Centre for the Study of Existential Risk at the University of Cambridge.

A lot of times when you hear about preparations for possible threats, the discussion focuses on things like asteroids or comets. When Cassidy and Mani argue that volcanoes are a much more prudent threat. Additionally, they point out how much money governments spend on preparations for asteroids and other forms of planetary defense.

“This needs to change,” they argue.

I must say, I have to agree because while asteroids do pass by us each day, volcanoes are already here on Earth and some of the most massive ones on the planet are extremely close by millions of people.

The last super eruption that occurred happened around 22,000 years ago, according to the U.S. Geological Survey, and on average, super volcanoes erupt every 15,000 years.

Even back in 1815, Mount Tambora in Indonesia killed around 100,000 people when it erupted, and that wasn’t even a super eruption. Now, fast-forward to modern times, and the populations on our planet and surrounding these volcanoes have octupled.

Cassidy and Mani argue that there is a greater threat posed by super volcanoes than we think. In return, they are calling for more research to predict how a super eruption would impact our planet and to assess “pinch points” where volcanic risks overlap with critical trade networks. Additionally, they call for more volcano monitoring, by both satellite and aerial.