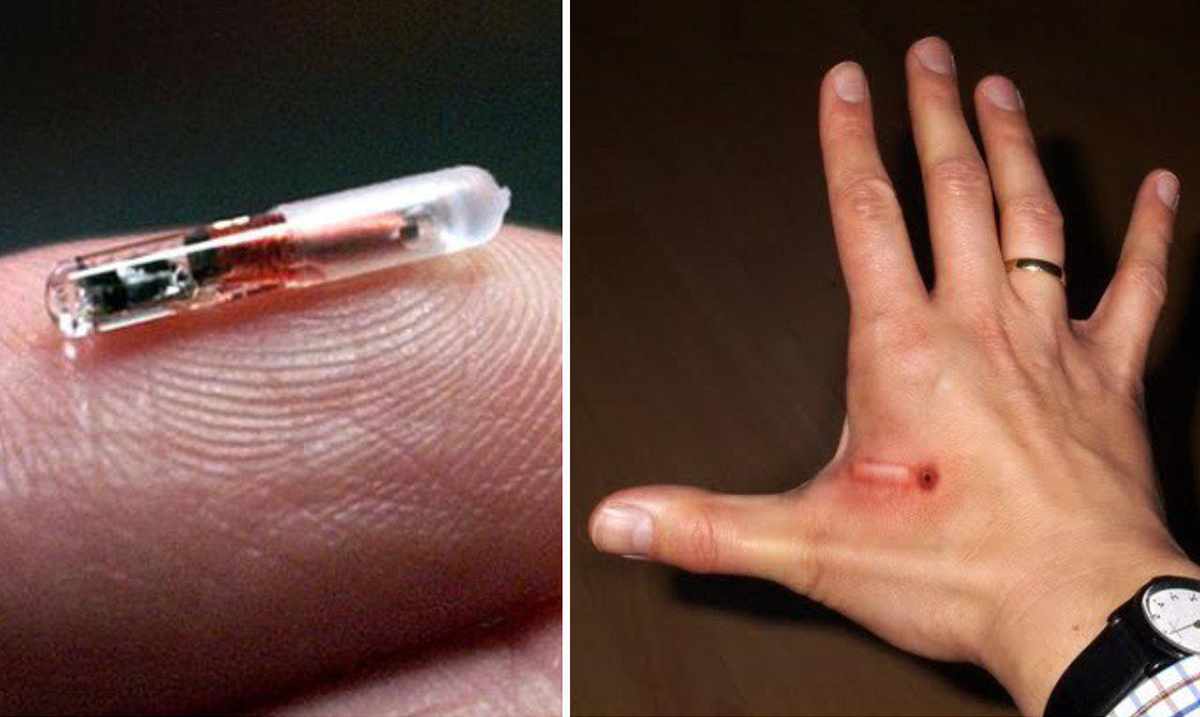 As technology advances things are becoming more and more intense and unique in every aspect of the word. Microchips for humans are things we have heard quite a lot about in the past few years and with good reason.

While the thought of being implanted with a microchip sounds painful it apparently isn’t. Basically, it involves using a hypodermic needle to inject an RFID microchip about the size of a grain of rice into a person’s hand or wrist. These chips can then be used to lock and unlock homes, cars, and other things of the sort. It is something that everyone is either excited about or completely against, there isn’t much in between.

There have even been companies here in the US opt for the chip instead of ID badges and places across Europe are using them. Whether or not these kinds of chips will ever become mandatory is something people debate over quite frequently. That being said, it seems lots of professors and scientists, in general, believe that at some point everyone will have a microchip.

Noelle Chesley an associate professor of sociology at the University of Wisconsin-Milwaukee told USA Today as follows in regards:

“It will happen to everybody. But not this year, and not in 2018. Maybe not my generation, but certainly that of my kids.”

Sure, right now there are a lot of negative thoughts and ideas in regards to these kinds of chips and what they do or could do but in the future that negative association may no longer be present. Chesley was not the first to say something of such and will without a doubt not be the last. Many believe these chips could hold a lot for humanity in the future in regards to the medical world and enhancing our health.

Cybernetics scientist Dr. Mark Gasson of the University of Reading in Britain who was the first human to be infected with a computer virus after being injected with a microchip back in 2009 told Sydney Morning Herald what he thought about these chips and where they were going in the future:

“It has the potential to change the very essence of what it is to be human,”

“It’s not possible to interact in society today in any meaningful way, without having a mobile phone. I think human implants will go along a similar route. It will be such a disadvantage not to have the implant that it will essentially not be optional.

While I know this kind of thing is a bit overwhelming there is a lot more to it than most people realize. To learn more about these chips please check out the video below. Would you ever get a chip like this or one similar to it? I personally am not sure what I would do in the end.