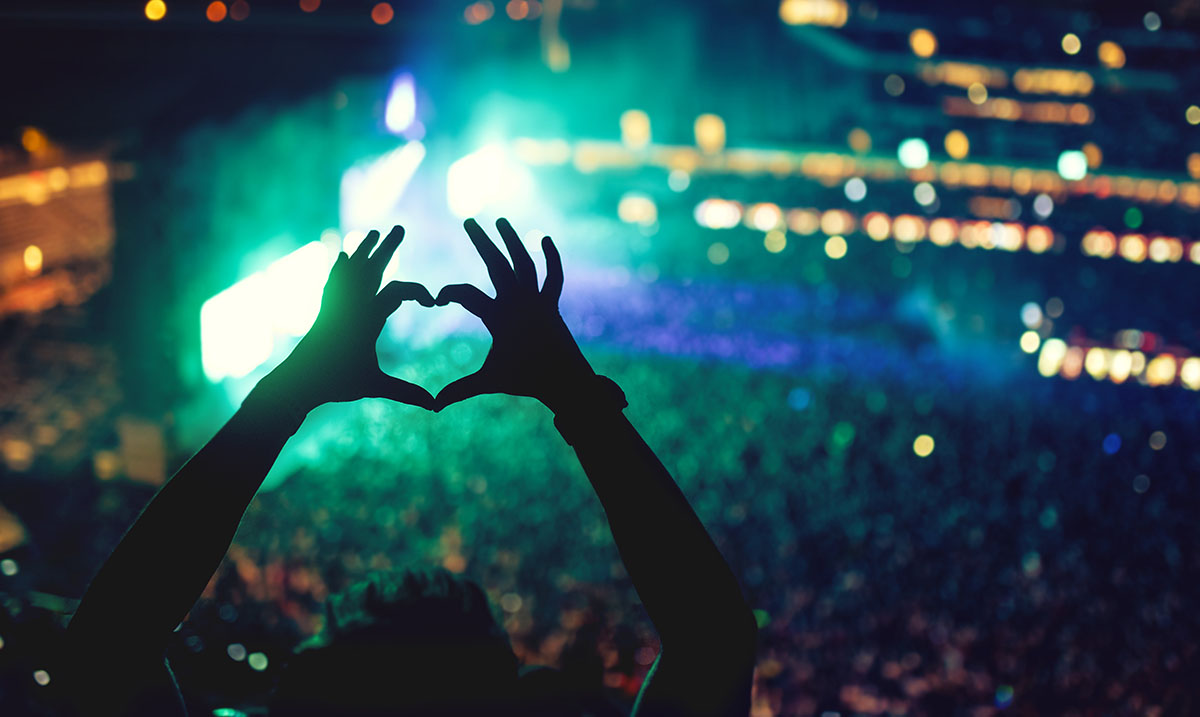 While we all like different kinds of music, i’m sure that we can all agree that music is awesome! Nothing beats the chills a good song sends running down your back, and even science says that music can make us happy!

If you’re a real music junky you don’t need a scientific study to prove that music makes you feel better! Music is the ultimate way to turn around a bad day, and even science agrees. You’d have to be a real prude to hate music, and I doubt there are very many people who do. However, if you do like it, you can use it to make yourself feel happier, according to this Australian study!

Have you ever been to a concert? If you haven’t, I’d certainly recommend one. Concerts are an amazing and energetic experience that can cause you to feel a flood of different emotions! Music can make even the saddest of people feel at least a little better, and this Australian study claims that regularly attending concerts can make you happier!

According to this Australian study, conducted by researchers at Victoria Deakin University, people who regularly attend concerts have a happier and more fulfilling life. The researchers surveyed over 1,000 different Australians, and they discovered that those who went to more concerts were reported being happier than those who didn’t. The study specifically found that communal aspect was important when it comes to concerts and their effects. Joining other people who have the same musical interests as you and being in the same room, sharing all of the powerful energy shared by people in tune to the same frequencies probably as a lot to do with it.

The study notes that the important part is the communal aspect of concerts. Regularly listening to music by yourself did not have the same effects as concerts did. Actually getting out of the house and going to a concert with some friends and meeting people, and listening to your favorite bands live is what really made the impact on social well being. On another note, the researchers also discovered that the effect does not occur with those who are performing music.

The researchers noted that people who make music actually tend to live a shorter life. Researchers aren’t exactly sure what causes this, but they did discover that the average musician dies 25 years younger than the average person, as concluded by researchers at Sydney University.

So, there you have it! If you’ve been feeling blue lately, it might be beneficial to go see a concert with some friends! Get out there and have new experiences!