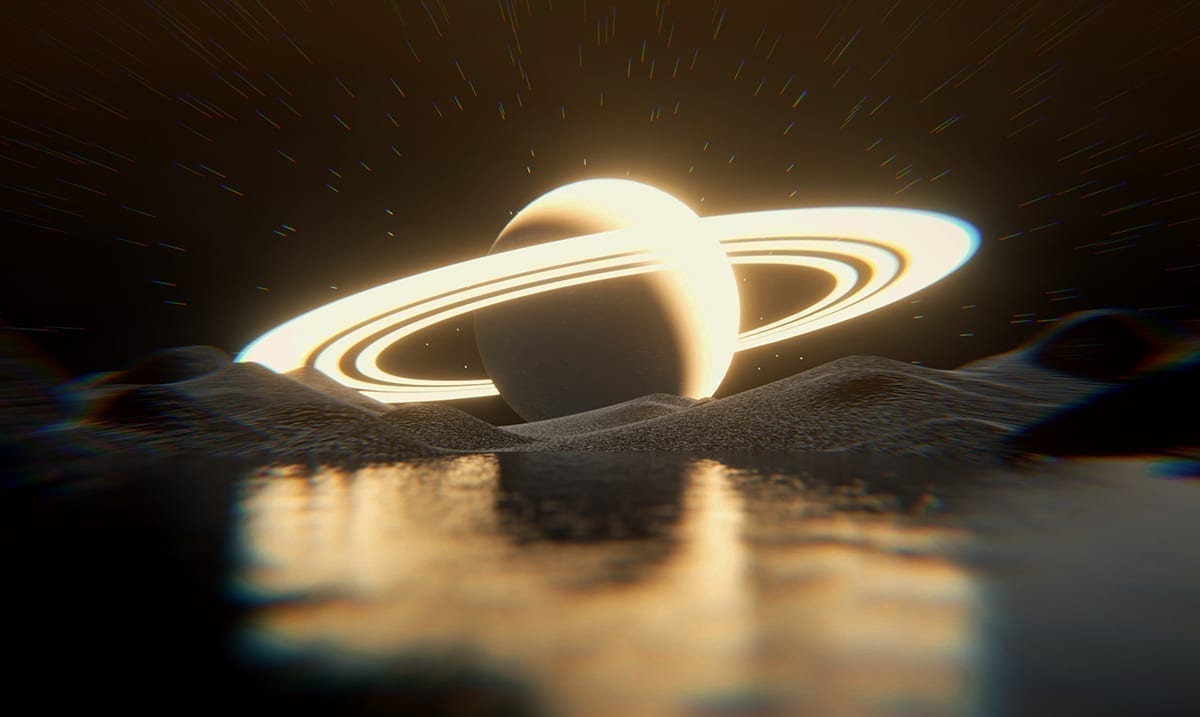 Saturn’s Rings Are Disappearing Much Quicker Than Expected

Several years ago it was confirmed that Saturn was losing its rings, since then lots of research has been done in regard. That having been said, not many people are aware of just how quickly these rings are going away.

According to Smithsonian Magazine, they could be gone in less than 100 million years. I know, 100 million years sounds like a very long time to us as we do not live very long but it’s really quite short in comparison to how things function in space. Perhaps someday all of the planets in images will be ringless as Saturn will no longer have the ones that make it stand out so much.

According to Business Insider as of 2018 on Saturn, it was raining about 10,000 kilograms of ring rain per second. This ring rain consisting of the disintegrated remains of Saturn’s rings. While these rings are mostly made up of chunks of ice and rock according to BI, collisions taking place there turn icy particles into vapor and from there Saturn’s magnetic field comes into play and these particles burn up in the atmosphere itself.

NASA has noted the rate it is losing its rings at a ‘worst-case-scenario’ which seems to still be true even now. These rings are being pulled into Saturn by gravity and well from there they little by little are disappearing. While the idea of Saturn without rings is mind-blowing it could become reality in the next 100 million years as noted above.

NASA wrote as follows on this topic back in 2018:

“We estimate that this ‘ring rain’ drains an amount of water products that could fill an Olympic-sized swimming pool from Saturn’s rings in half an hour,” said James O’Donoghue of NASA’s Goddard Space Flight Center in Greenbelt, Maryland. “From this alone, the entire ring system will be gone in 300 million years, but add to this the Cassini-spacecraft measured ring-material detected falling into Saturn’s equator, and the rings have less than 100 million years to live. This is relatively short, compared to Saturn’s age of over 4 billion years.” O’Donoghue is lead author of a study on Saturn’s ring rain appearing in Icarus December 17.

Scientists have long wondered if Saturn was formed with the rings or if the planet acquired them later in life. The new research favors the latter scenario, indicating that they are unlikely to be older than 100 million years, as it would take that long for the C-ring to become what it is today assuming it was once as dense as the B-ring. “We are lucky to be around to see Saturn’s ring system, which appears to be in the middle of its lifetime. However, if rings are temporary, perhaps we just missed out on seeing giant ring systems of Jupiter, Uranus and Neptune, which have only thin ringlets today!” O’Donoghue added.

Various theories have been proposed for the ring’s origin. If the planet got them later in life, the rings could have formed when small, icy moons in orbit around Saturn collided, perhaps because their orbits were perturbed by a gravitational tug from a passing asteroid or comet.

In 1986, Jack Connerney of NASA Goddard published a paper in Geophysical Research Letters that linked those narrow dark bands to the shape of Saturn’s enormous magnetic field, proposing that electrically charged ice particles from Saturn’s rings were flowing down invisible magnetic field lines, dumping water in Saturn’s upper atmosphere where these lines emerged from the planet. The influx of water from the rings, appearing at specific latitudes, washed away the stratospheric haze, making it appear dark in reflected light, producing the narrow dark bands captured in the Voyager images.

Saturn’s rings are mostly chunks of water ice ranging in size from microscopic dust grains to boulders several yards (meters) across. Ring particles are caught in a balancing act between the pull of Saturn’s gravity, which wants to draw them back into the planet, and their orbital velocity, which wants to fling them outward into space. Tiny particles can get electrically charged by ultraviolet light from the Sun or by plasma clouds emanating from micrometeoroid bombardment of the rings. When this happens, the particles can feel the pull of Saturn’s magnetic field, which curves inward toward the planet at Saturn’s rings. In some parts of the rings, once charged, the balance of forces on these tiny particles changes dramatically, and Saturn’s gravity pulls them in along the magnetic field lines into the upper atmosphere.

Once there, the icy ring particles vaporize and the water can react chemically with Saturn’s ionosphere. One outcome from these reactions is an increase in the lifespan of electrically charged particles called H3+ ions, which are made up of three protons and two electrons. When energized by sunlight, the H3+ ions glow in infrared light, which was observed by O’Donoghue’s team using special instruments attached to the Keck telescope in Mauna Kea, Hawaii.

Isn’t that insane? I for one am glad I got to grow up learning about Saturn as having rings instead of as ‘previously’ having had rings. For more information on this check out the video below.