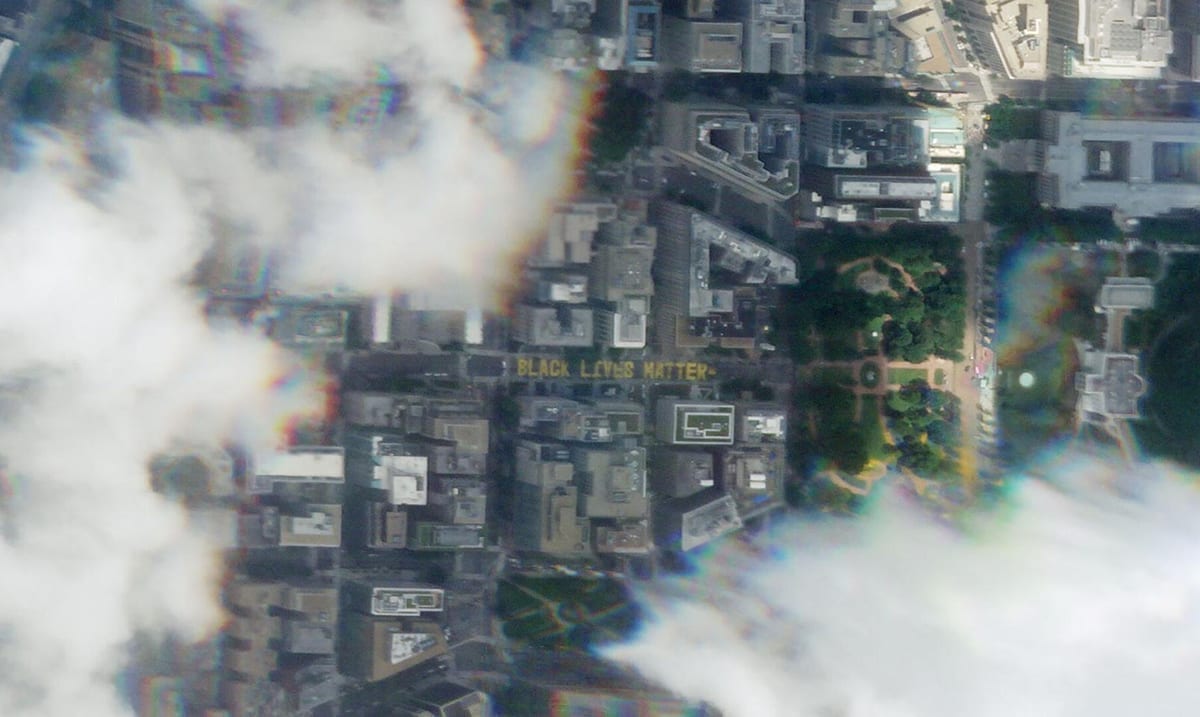 In current times Black Lives Matter has taken the forefront and is making big moves. With people protesting and speaking out all over with the recent murder of George Floyd.

While Floyd’s death was a tragedy and should not have happened, it has sparked something within tons of people who are now demanding change. Yes, there are some people who have taken to turning this message into something it was not intended as and resorting to unneeded violence but others are doing their part in really making the issue at hand clear to the people around them. Actually, this movement at the moment has gotten so big that on June 5th a satellite spotted a Black Lives Matter Message from far above.

These satellite image as you will see below come from Planet Labs and show the bright yellow message as clear as day. 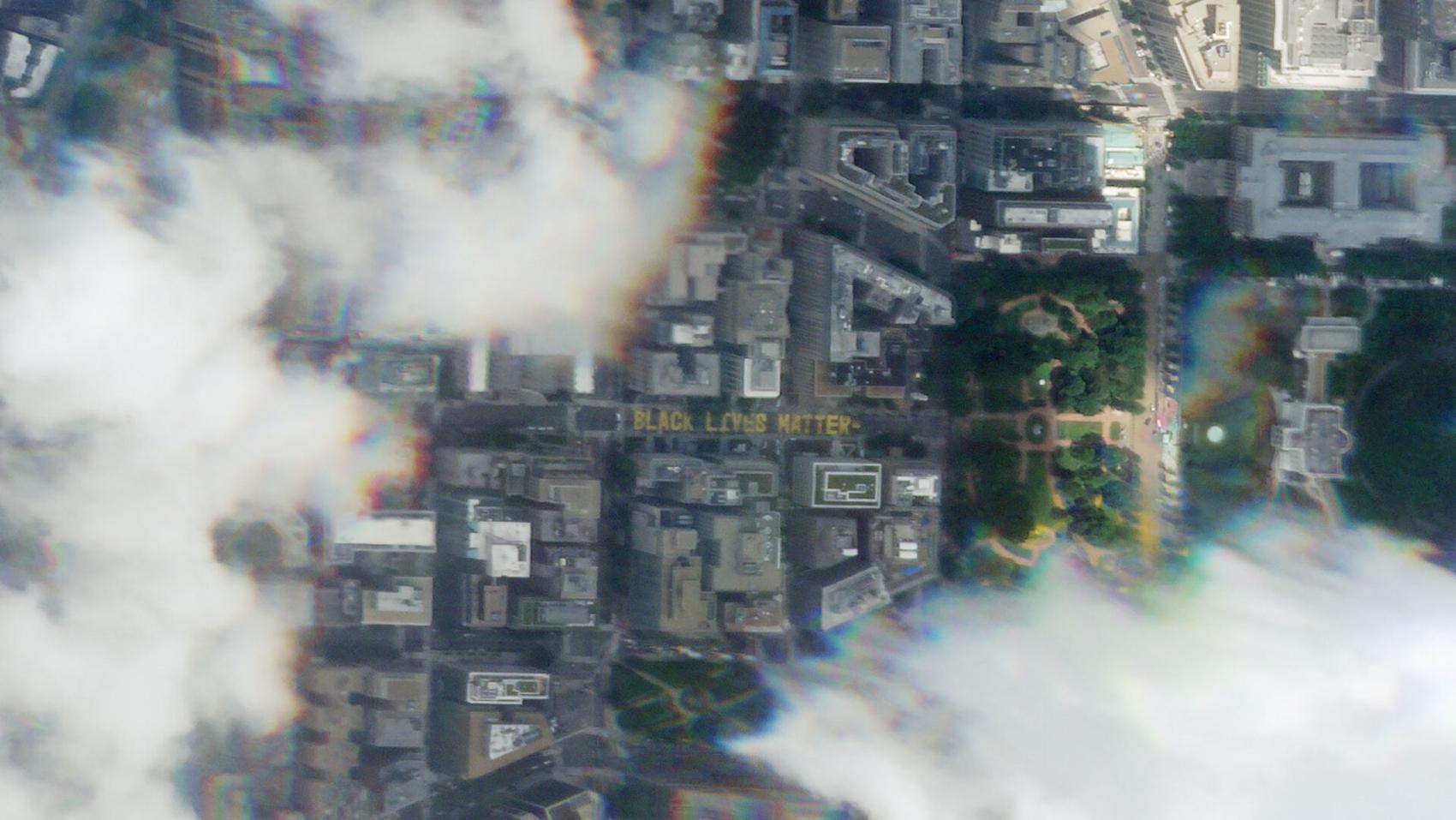 Washington Mayor Muriel Bowser commissioned the mural, which spans two blocks of 16th Street, as protests across the nation and the globe continue against police brutality after the deaths of Breonna Taylor and George Floyd.

With these protests, “Black Lives Matter,” already a well-known phrase, has become even more popular — even internationally. This mural cements that.

A street sign of Black Lives Matter Plaza is seen near St. John’s Episcopal Church, as the protests against the death of George Floyd while in Minneapolis police custody continue.

Still, the gesture has not been welcomed by all. The DC chapter of the Black Lives Matter Global Network has criticized it, calling it “performative.”

We can only hope now that those acting peacefully in all of this trying to be heard are not drowned out by those who are taking things too far. While it might seem like a little violence is needed, there are people out looting just for the sake of looting rather than holding value to the cause at hand. For more information on this movement as a whole and the things going on here in the US (and now all over the world) please take a look at the video below.