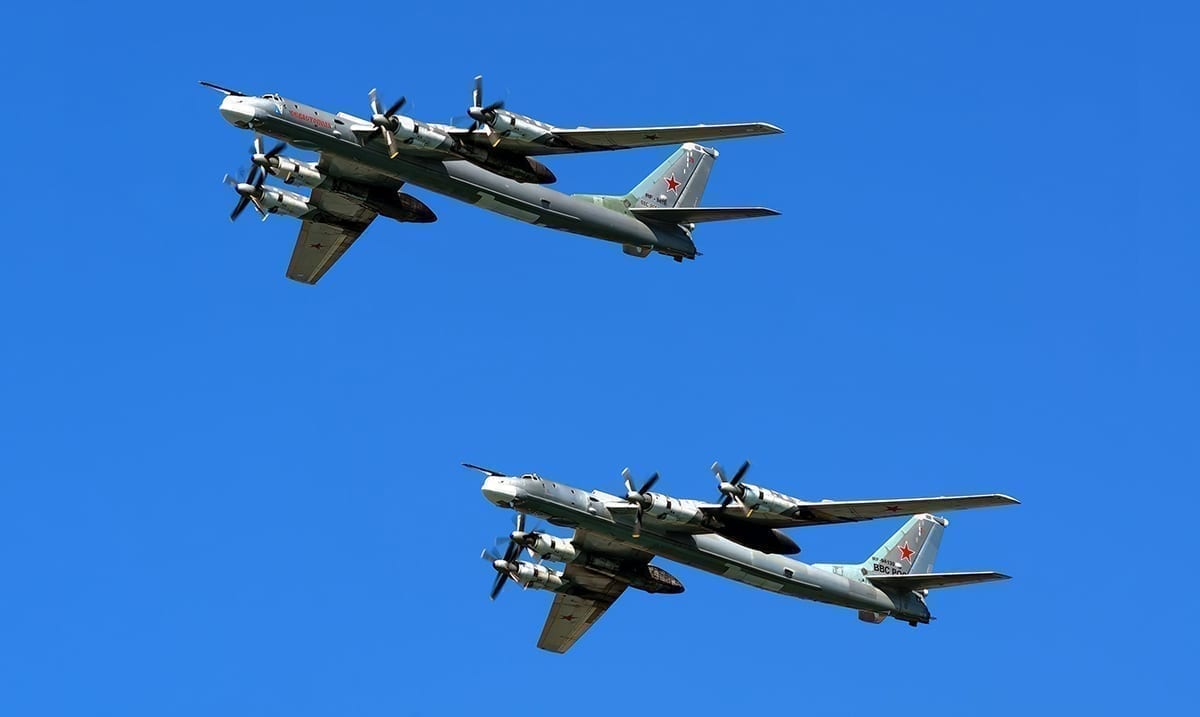 In recent times it seems Russian ‘nuclear-capable’ bombers have been intercepted over Alaska. While this was over neutral waters, it is making headlines for several reasons.

According to Reuters US fighter jets intercepted and escorted four of these ‘bombers’ during a routine flight. This routine flight as noted above was over neutral waters near the US itself. This 11-hour flight was carried out by Russia’s Tupolev Tu-95MS bombers and complied with international law.

Fox News wrote as follows on the topic:

A similar incident occurred back in April when the U.S. military scrambled F-22 stealth fighter jets to intercept a pair of Russian patrol aircraft flying near the state, the commander of NORAD said on “Fox & Friends.”

In May, two Russian fighter jets “flew in an unsafe and unprofessional manner” while intercepting an American spy plane over the Mediterranean Sea, according to a statement by the U.S. Navy.

We’ve heard news of similar things like this happening in the past and likely will continue to hear news of it in the future as time continues to pass. Fox News also noted that Russian officials will be opening talks with the US sometime this month on extending a ‘major nuclear disarmament treaty. As negotiations will begin later this month we do not know what will come of all of that.

Reports of this are coming in from a lot of different sources and most of them don’t have much to add on the topic. We should, however, note that to the average person this is nothing too serious, it was just a routine trip and doesn’t mean anything dangerous or monumental is about to happen. We’re all safe and the presence of these bombers is not any indication that Russia is planning anything you might read about in conspiracies or things of that nature. Caution was taken on the US’s side of things because of the past but other than that it’s nothing to be too concerned over. For years now these routine trips have been intercepted as they were in this instance.