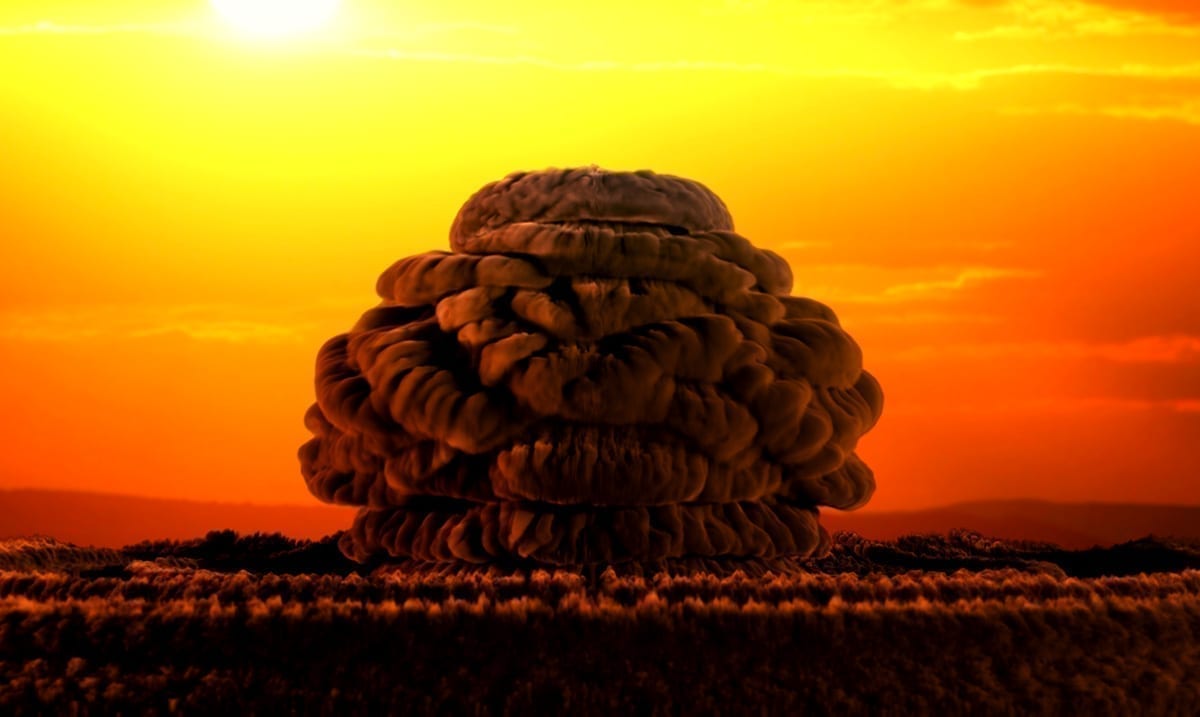 Russia Recently Declassified Footage Of The Largest Nuke Ever Tested

In recent times it seems footage of ‘Tsar Bomba’ was released and it’s far more intense than most would ever expect. While it was tested back in 1961 until now it’s not something most of us have ever seen.

According to Vice, it was the largest man-made explosion in the history of the world and had the force of more than 50 million tons of TNT. The footage released is about 40 minutes long and as you’d assume once released ended up on YouTube. This footage was released on August 20th ‘to commemorate the 75th anniversary of Russia’s nuclear industry.’

Popular Mechanics wrote as follows on this footage:

A new documentary by Russia’s state atomic agency offers newly declassified footage of the biggest thermonuclear bomb of all time. “Tsar Bomba,” which the Soviet Union tested in 1961, was so powerful that people saw the flash from up to 630 miles away.

The Soviets only tested the bomb once, a symbol of their technology and military power before an international treaty prohibited further tests. Although tens of thousands of nuclear weapons still exist, none is even remotely as powerful as the great and terrible Tsar Bomba. Here’s the documentary:

In July 1961, Soviet Premier Nikita Krushchev ordered the development of a 100-megaton nuclear weapon. Engineers had mere weeks to fabricate the bomb, officially named RDS-220, and in the end, they built a device with a yield of only 50 megatons. But that was still enough to easily make it the most powerful thermonuclear device ever tested, far eclipsing America’s Castle Bravo test. Castle Bravo, which the U.S. detonated in the Pacific in 1954, exploded with the force of 15 megatons.

The Soviet Union tested Tsar Bomba over Novaya Zemlya island, north of the Arctic Circle, in October 1961. The Soviets dropped the 27-ton, 26-foot-long bomb from a Tu-95 “Bear” bomber, and the weapon was so large, it wouldn’t fit in the aircraft bomb bay. The parachute that released the bomb weighed a ton on its own, and the shockwave from the airburst explosion was so intense, the bomber tumbled 3,000 feet in altitude before righting itself.

It’s difficult to truly get across how powerful RDS-220 was. The mushroom cloud reached an altitude of 210,000 feet, and people observed the flash through bad weather at 621 miles. An observer felt heat from the explosion at a distance of 168 miles, and the bomb was capable of inflicting third-degree burns at 62 miles. After the explosion, one observer described Ground Zero as “leveled, swept, and licked so that it looks like a skating rink”.

Fortunately, nobody was killed in the test, which was held in one of the most remote regions of the Soviet Union. Had the target been a major American city, the story would have been very different: According to NUKEMAP, if Tsar Bomba fell on Washington, D.C., it would’ve killed 2.2 million people and spread dangerous levels of radioactivity as far away as Pennsylvania.

This explosion overall was a huge piece of history and being able to see it like this really puts things into perspective, sure the video itself is not in English but you don’t necessarily even need to understand the words to see just how powerful this nuclear test was as a whole. Yes, the Tsar Bomb was not very practical and if it were ever used in an actual war or something of the sort it would kill far more people than most could ever imagine but isn’t it insane to see in action?

Vice wrote as follows on this bomb:

The footage is a stark reminder of the madness of the Cold War and a sober reminder that we seem to have forgotten its lessons. New START, an Obama-era treaty that sets limits on the number of deployed nuclear weapons between Russia and the United States, will expire soon and it doesn’t look like it’ll be renewed. The United States has deployed small scale “tactical” nuclear weapons on its nuclear subs and Russia is working on a suite of new nuclear weapons.

The old nuclear threat is back. The Tsar Bomba footage is a reminder of what that means.

After watching the footage below for yourself, what do you think of all of this? I for one think it’s fascinating in a lot of different ways. Can you imagine the things that this bomb could have done?