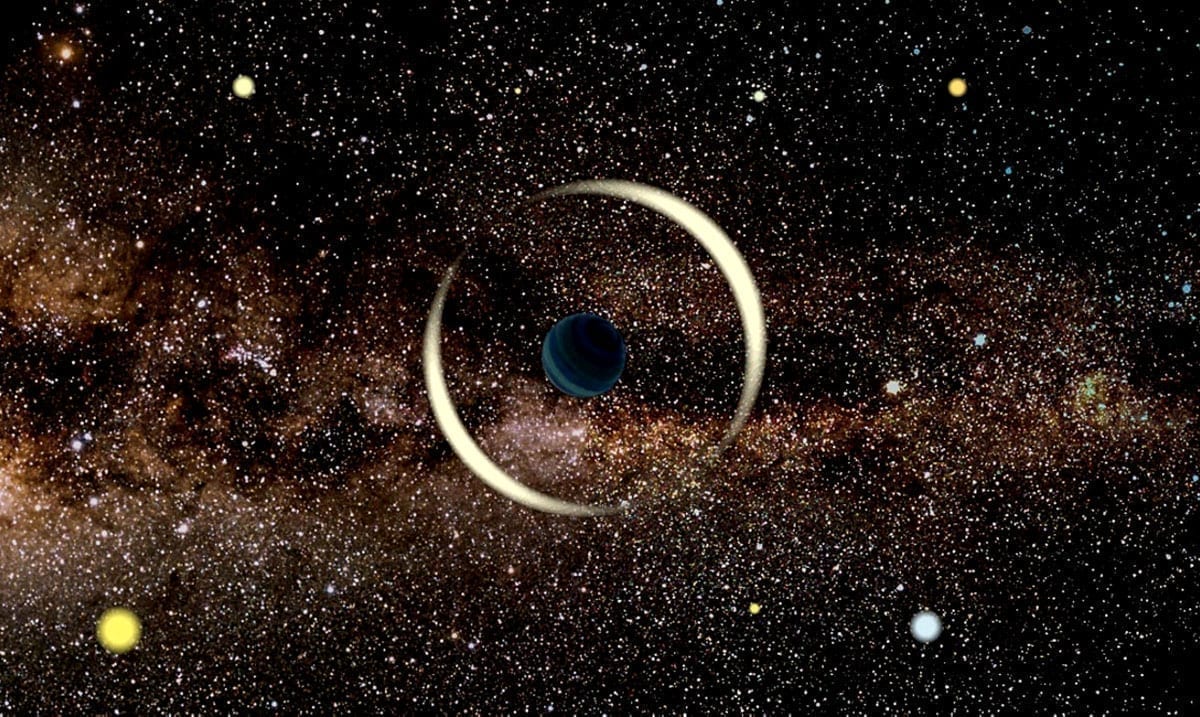 This year has been pretty interesting when it comes to things in space and well, it just got more interesting as a rogue planet has been brought to light. This could very well be the smallest rogue planet discovered so far.

According to Space.com, this potential exoplanet has a mass that is somewhere between that of our home planet and Mars. While it has not been confirmed 100 percent yet, it could be a huge find once things play out properly. We have found lots of exoplanets throughout the past and this one in time may prove to be quite amazing.

The Independent wrote as follows about this interesting potential find:

Astronomers have found a “rogue” planet floating through our galaxy, untethered to any sun.

The “free-floating” world is slightly smaller than Earth, making it the smallest such planet ever to be found.

But it could be one of many such rogue planets in the Milky Way, and scientists have suggested they may even outnumber the stars in our galaxy.

The scientists took advantage of an astronomical phenomenon known as “gravitational microlensing” to spot the planet, which revealed itself by bending the light of more distant stars.

The result was an effect that is much like a giant magnifying glass, which brightens light from a background “source” star to reveal the presence of the massive object.

Gravitational microlensing is only possible when an astronomer’s telescope lies in almost perfect alignment with the observed object and the source star. That is rare: if astronomers were only looking at one star, they would only have one chance every million years to see it using such a technique.

Przemek Mroz, a postdoctoral scholar at the California Institute of Technology and a lead author of the study published in Astrophysical Journal Letters, said: “Chances of observing microlensing are extremely slim because three objects – source, lens and observer – must be nearly perfectly aligned.”

This kind of discovery would not even be possible without ‘long-term observations’ which is exactly what the OGLE sky survey. This survey is one that according to the University of Warsaw has been going for well over 28 years. With this, we are able to learn so much about things in space far away from the planet that is our own.

The University of Warsaw wrote as follows on the topic:

The scientists announced the discovery of the shortest-timescale microlensing event ever found, called OGLE-2016-BLG-1928, which has the timescale of just 42 minutes. “When we first spotted this event, it was clear that it must have been caused by an extremely tiny object,” says Dr. Radosław Poleski from the Astronomical Observatory of the University of Warsaw, a co-author of the study. Indeed, models of the event indicate that the lens must have been less massive than Earth, it was probably a Mars-mass object. Moreover, the lens is likely a rogue planet. “If the lens were orbiting a star, we would detect its presence in the light curve of the event,” adds dr Poleski. “We can rule out the planet having a star within about 8 astronomical units – the astronomical unit is the distance between the Earth and the Sun”.

OGLE astronomers provided the first evidence for a large population of rogue planets in the Milky Way a few years ago. However, the newly-detected planet is the smallest rogue world ever found. “Our discovery demonstrates that low-mass free-floating planets can be detected and characterized using ground-based telescopes,” says Prof. Andrzej Udalski, the PI of the OGLE project.

Astronomers suspect that free-floating planets actually formed in protoplanetary disks around stars (as “ordinary” planets) and they have been ejected from their parent planetary systems after gravitational interactions with other bodies, for example, with other planets in the system. Theories of planet formation predict that the ejected planets should be typically smaller than Earth. Thus studying free-floating planets enables us to understand the turbulent past of young planetary systems, such as our solar system.

The search for free-floating planets is one of the science drivers of the Nancy Grace Roman Space Telescope, which is currently being constructed by NASA. The observatory is scheduled to start operations in the mid-2020s.