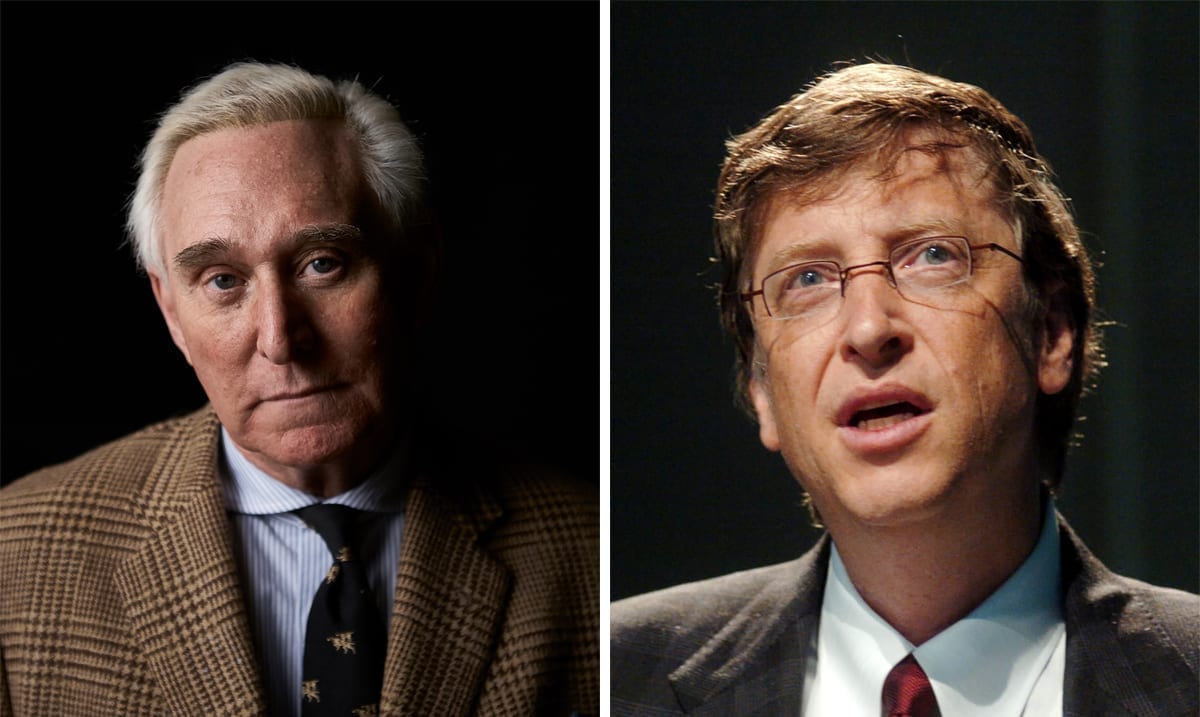 By Gerald SinclairApril 15, 2020No Comments

Sure, Bill Gates did predict that there would be a pandemic happening in the seemingly near future several years ago but is that enough to question whether or not he created the virus we’re facing? With Gates becoming quite the prominent speaker during this time it seems some are questioning his intentions.

Roger Stone who happens to be an American Political Consultant, seems to believe Gates may have something to do with all of this. According to the International Business Times when radio interviewed on Joe Piscopo’s show Stone spilled the beans about what he thought was happening. While stone says this is one of many conspiracy theories about the virus itself, he does seem quite interested in this idea.

Stone said as follows during his interview:

“Whether Bill Gates played some role in the creation and spread of this virus is open for vigorous debate. I have conservative friends who say it’s ridiculous and others say absolutely.”

While Stone has been quite the controversial person himself throughout the years not many are paying any mind to the things he’s saying but some are really beginning to wonder if there is any substance behind these words. Gates has for a long time now been someone that speaks out about preparing for global issues like this but could there be something sinister behind his words and efforts?

While Stone went on to talk about his life on ‘lockdown’ and how he’s responding to being stuck at home those parts of his interview were nowhere near as noteworthy. What do you make of his words and do you think we should even pay them any mind? I for one think we’re all going a little stir crazy right now and it shows.

Amidst all of this, there has been a fake letter circulating online about Gates and his thoughts on the virus itself. That not even diving into the many people who believe gates has ties with the Pirbright Institution right now and that they own some kind of patent for the present novel coronavirus we’re facing. Just to clear that up, they don’t and Gates has only funded them twice briefly in the past for specific reasons according to USA Today.

While PI does own a coronavirus patent it’s not the one we’re facing and is mostly something that affects chickens. Because PI is a biological research organization it does make sense that they would own such a patent. Take your time when researching things like this online and make sure you’re getting accurate information before believing them. In the end, the idea that Gates had anything to do with all of this will likely remain a conspiracy theory for those who follow it. Proving something that huge would take much more effort than most realize.