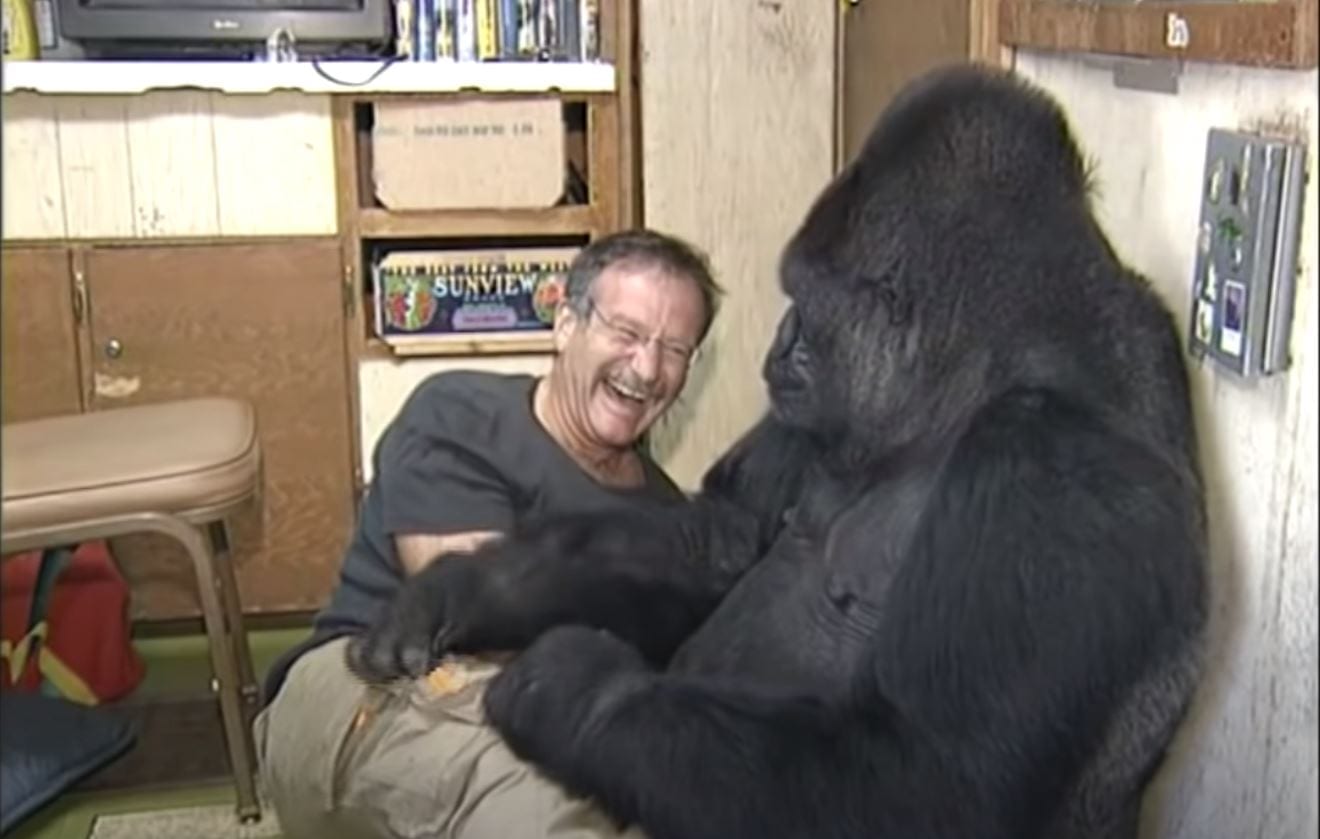 By Gerald SinclairJuly 22, 2020No Comments

As we get closer to another anniversary of the death of the amazing Robin Williams lots of people are remembering him now. Williams was someone who made the world smile and laugh so much so that when he took his own life in 2014, it shocked the planet as a whole.

I recently came across a video of Williams’ first encounter with a famous gorilla named Koko from long ago and it got me thinking about how much of an impact this man-made in the world. You see when Robin Williams met Koko she has been mourning the loss of her best friend. Her lifelong gorilla companion Michael had passed away at the age of 27 and so, for six months she had gone without smiling until meeting Williams.

According to Koko.org, Robin was able to cheer her up so much so that she was smiling and laughing the whole time he was there. It was almost as if the two found something in one another that they both needed as even Robin came to life more than usual in the video of their encounter. In the video, you can hear Williams say that he shared something extraordinary with this gorilla which was laughter.

Koko is a gorilla for those who are not aware that can understand spoken English and uses sign language. She knows more than most would expect and communicating with her is not necessarily hard. She makes the barrier in this sense much easier to face. Williams was an ambassador for Great Ape Conservation and after seeing his interactions with Koko, I can see why.

Williams Made such an impact on Koko and helped her at a time when she needed him that she mourned his death too. After overhearing a phone call one of her handlers was having she learned of his passing and from there was signing things like ‘cry lip’. According to Koko.org ‘lip’ is the word she uses for woman when she signs. As that day continued on Koko bowed her head and seemed to be a bit upset. As you can see in the photograph below, she was not taking the news of Williams passing without letting it touch her heart. 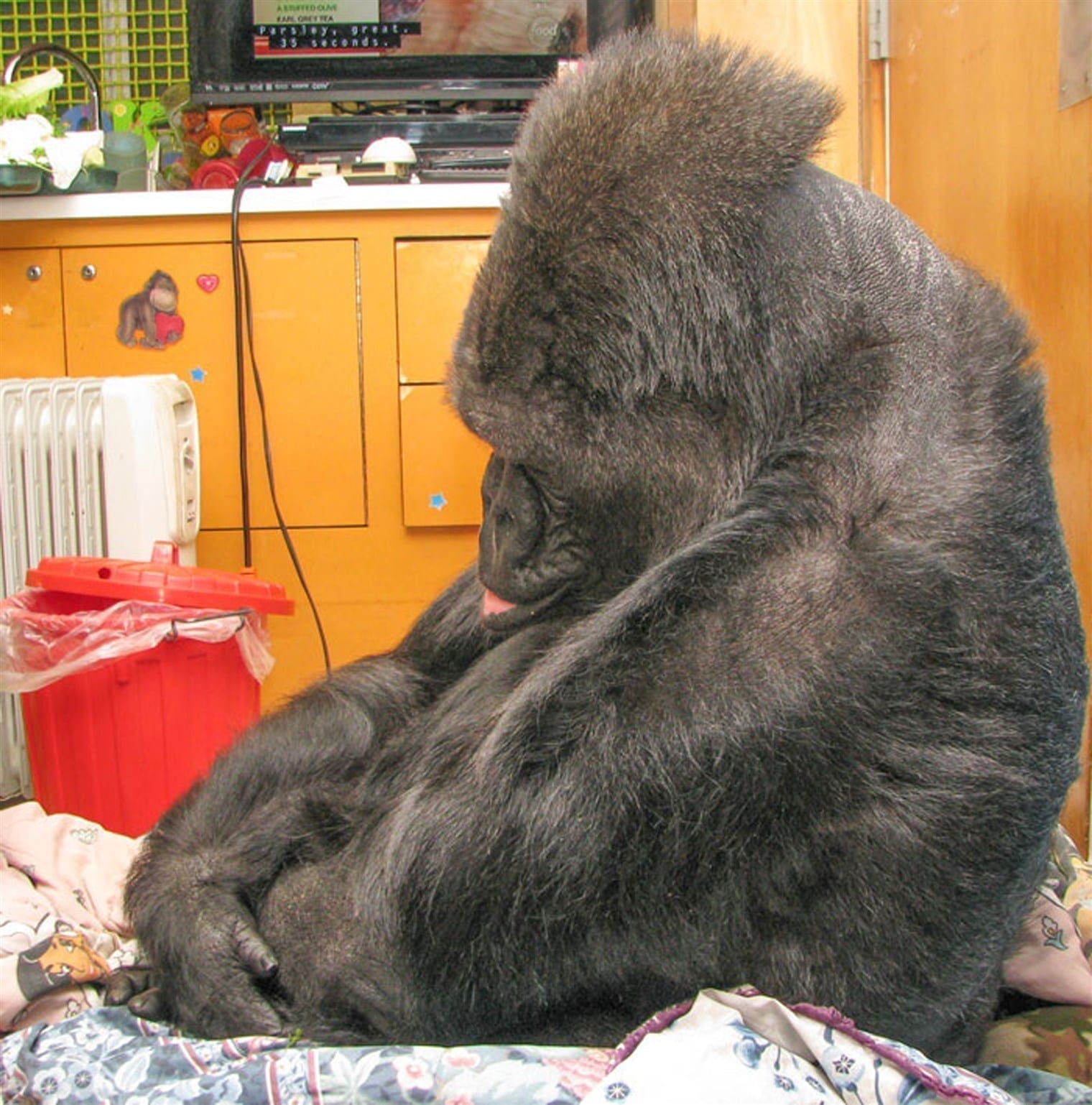 Williams was and always will be an icon that impacted so many of us but hearing stories like this make us all miss his presence in this world more. To see his mind-blowing interaction with Koko take a look at the video below. This man truly was a light like no other shining so brightly.