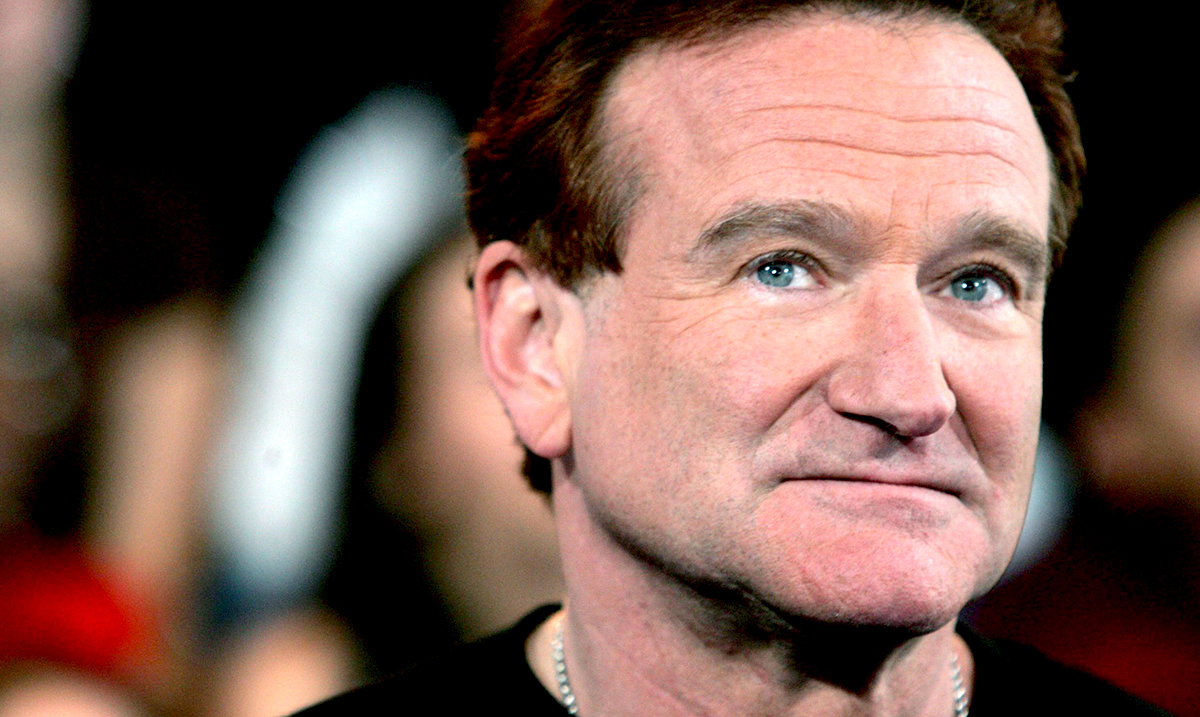 Robin Williams might have captured the hearts of us all in his roles on the big screen but that does not mean he was immune to stress and mental health issues as a whole. We have heard time and time again that sometimes those who seem the happiest are struggling the most and it is clear his case is also one of those.

If you have not taken the time to read his biography written by Dave Itzkoff, you 100 percent need to. This biography highlights so much and brings to light the details of this amazing star’s decline and how serious his fight truly was. Before Robin passed away so tragically taking his own life, he was stuck for months, not quite himself and battling with the urge.

Williams’ struggle as Itzkoff noted in ‘Robin’ was explained as such:

“In the months that preceded his death, Williams faced daunting challenged, both professionally and personally. His film career had stalled, and his comeback sitcom, The Crazy Ones, was failing to find an audience on CBS. He was still harboring guilt about his divorce from Marsha Garces, his second wife, and mother of two of his children, and was adjusting to life with his new wife, Susan Schneider, whom he married in 2011.

Meanwhile, Williams was also reeling from a cataclysmic diagnosis: in May 2014, he had been told that he had Parkinson’s disease, news that stunned and overwhelmed the once-nimble comedian. Even more crushing than this is the possibility that Williams was misdiagnosed; an autopsy would later reveal that he actually had Lewy body dementia, an aggressive and incurable brain disorder that has an associated risk of suicide.”

In the years before his death, Williams’ family asked him time and time again to slow down, but he is true to himself wanted to work through his struggles and find a way to prove beneficial to those closest to him. He was always working on something and without his work, he felt empty. While a lot of people are not aware of this, his wife Susan, wrote a publication on his passing and the days before its occurrence for Neurology.Org. In this publication, she talks about his misdiagnosis and the fact LBD is what truly took her love away from her.

She wrote as follows:

Although not alone, his case was extreme. Not until the coroner’s report, 3 months after his death, would I learn that it was diffuse LBD that took him. All 4 of the doctors I met with afterward and who had reviewed his records indicated his was one of the worst pathologies they had seen. He had about 40% loss of dopamine neurons and almost no neurons were free of Lewy bodies throughout the entire brain and brainstem.

Robin is and will always be a larger-than-life spirit who was inside the body of a normal man with a human brain. He just happened to be that 1 in 6 who are affected by brain disease.

Not only did I lose my husband to LBD, I lost my best friend. Robin and I had in each other a safe harbor of unconditional love that we had both always longed for. For 7 years together, we got to tell each other our greatest hopes and fears without any judgment, just safety. As we said often to one another, we were each other’s anchor and mojo: that magical elixir of feeling grounded and inspired at the same time by each other’s presence.

One of my favorite bedrock things we would do together was review how our days went. Often, this was more than just at the end of the day. It did not matter if we were both working at home, traveling together, or if he was on the road. We would discuss our joys and triumphs, our fears and insecurities, and our concerns. Any obstacles life threw at us individually or as a couple were somehow surmountable because we had each other.

When LBD began sending a firestorm of symptoms our way, this foundation of friendship and love was our armor.

The colors were changing and the air was crisp; it was already late October of 2013 and our second wedding anniversary. Robin had been under his doctors’ care. He had been struggling with symptoms that seemed unrelated: constipation, urinary difficulty, heartburn, sleeplessness and insomnia, and a poor sense of smell—and lots of stress. He also had a slight tremor in his left hand that would come and go. For the time being, that was attributed to a previous shoulder injury.

On this particular weekend, he started having gut discomfort. Having been by my husband’s side for many years already, I knew his normal reactions when it came to fear and anxiety. What would follow was markedly out of character for him. His fear and anxiety skyrocketed to a point that was alarming. I wondered privately, Is my husband a hypochondriac? Not until after Robin left us would I discover that a sudden and prolonged spike in fear and anxiety can be an early indication of LBD.

He was tested for diverticulitis and the results were negative. Like the rest of the symptoms that followed, they seemed to come and go at random times. Some symptoms were more prevalent than others, but these increased in frequency and severity over the next 10 months.

From here she covers his serious paranoia issues and the delusions that followed. While working hard to fight against the issue he was unaware of, Williams received psychotherapy and so much more but in the end, it was not enough. She mentions time and time again that Williams mentioned wanting to ‘just reboot’ his brain so that he could be himself again but that was unable to happen.

To read the full version of her publication please click here, however, keep in mind it is not for the faint of heart and is guaranteed to bring tears to your eyes. The takeaway from this is that while some people might seem fine to you, does not mean they are happy and healthy. This kind of thing happens much more often than we realize and while losing Williams was a loss that will be felt across the globe for many years to come, his story needs to be shared as often as possible.