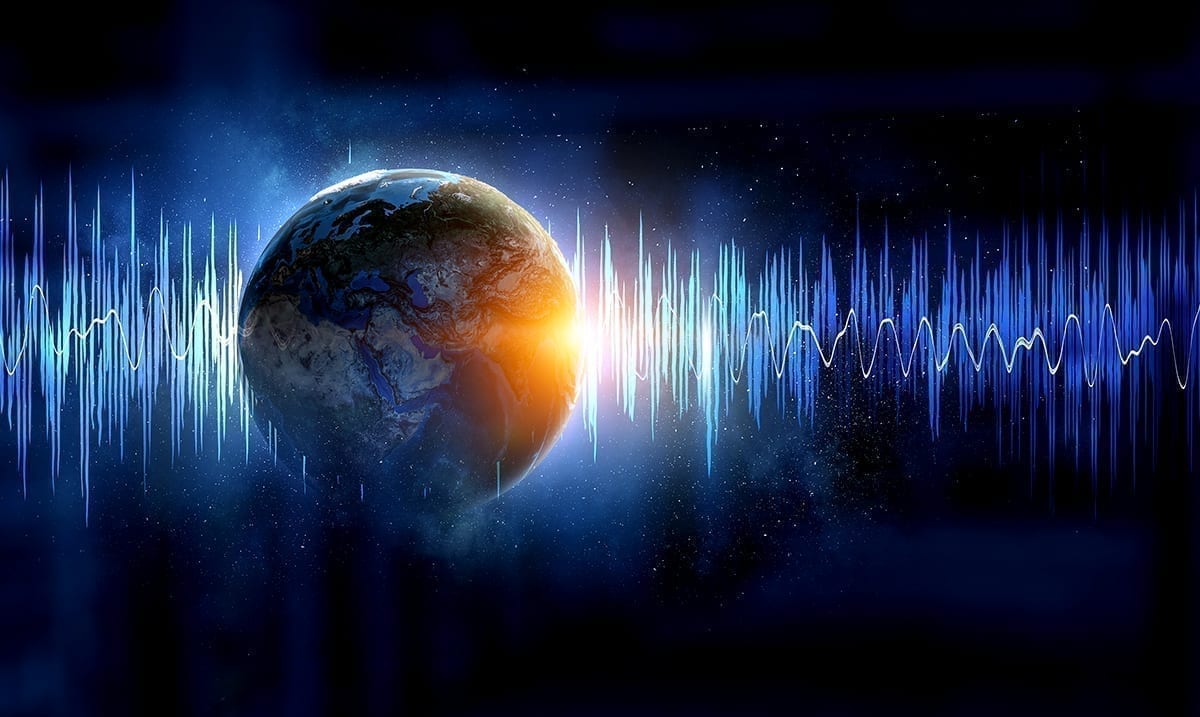 I know, it might sound a bit out there, but it seems we’re able to hear more than you’d expect. Researchers have managed to hear something that they believe is the ‘hum’ of the universe and well, the concept in itself is mind-blowing.

While this ‘hum’ isn’t exactly what you’d expect, it is quite interesting to learn about. You see, because there is no air in space it’s not actually a sound at all but rather more or less something quite different. This finding overall comes from astronomers at the North American Nanohertz Observatory for Gravitational Waves also known as ‘NANOGrav.’ Overall this hum could really help us better understand the history of the universe in time as we further research it.

NANOGrav wrote as follows on this topic:

In data gathered and analyzed over 13 years, the North American Nanohertz Observatory for Gravitational Waves (NANOGrav) has found an intriguing low-frequency signal that may be attributable to gravitational waves.

NANOGrav researchers studying the signals from distant pulsars – small, dense stars that rapidly rotate, emitting beamed radio waves, much like a lighthouse – have used radio telescopes to collect data that may indicate the effects of gravitational waves, as reported recently in The Astrophysical Journal Letters.

NANOGrav has been able to rule out some effects other than gravitational waves, such as interference from the matter in our own solar system or certain errors in the data collection. These newest findings set up direct detection of gravitational waves as the possible next major step for NANOGrav and other members of the International Pulsar Timing Array (IPTA), a collaboration of researchers using the world’s largest radio telescopes.

“It is incredibly exciting to see such a strong signal emerge from the data,” says Joseph Simon, lead researcher on the paper. “However, because the gravitational-wave signal we are searching for spans the entire duration of our observations, we need to carefully understand our noise. This leaves us in a very interesting place, where we can strongly rule out some known noise sources, but we cannot yet say whether the signal is indeed from gravitational waves. For that, we will need more data.”

Gravitational waves are ripples in space-time caused by the movements of incredibly massive objects, such as black holes orbiting each other or neutron stars colliding. Astronomers cannot observe these waves with a telescope like they do stars and galaxies. Instead, they measure the effects passing gravitational waves have, namely tiny changes to the precise position of objects – including the position of the Earth itself.

NANOGrav chose to study the signals from pulsars because they serve as detectable, dependable galactic clocks. These small, dense stars spin rapidly, sending pulses of radio waves at precise intervals toward Earth. Pulsars are in fact commonly referred to as the universe’s timekeepers, and this unique trait has made them useful for astronomical study.

But gravitational waves can interrupt this observed regularity, as the ripples cause space-time to undergo tiny amounts of stretching and shrinking. Those ripples result in extremely small deviations in the expected times for pulsar signals arriving on Earth. Such deviations indicate that the position of the Earth has shifted slightly.

By studying the timing of the regular signals from many pulsars scattered over the sky at the same time, known as a “pulsar timing array,” NANOGrav works to detect minute changes in the Earth’s position due to gravitational waves stretching and shrinking space-time.

From here this needs to be confirmed so more research needs to be done, of course. However, it really does seem like we’re on the right track. This as a whole really puts us in a place where the sky is the limit, we could really uncover a lot depending on how all of this plays out. I know, it might not sound like much, but it’s well worth being aware of.

Yahoo!News wrote as follows reporting on this:

NANOGrav is developing techniques to ensure the detected signal could not be from another source.

Scott Ransom, from the National Radio Astronomy Observatory, and the current chair of NANOGrav says, “Trying to detect gravitational waves with a pulsar timing array requires patience. We’re currently analyzing over a dozen years of data, but a definitive detection will likely take a couple more.

“It’s great that these new results are exactly what we would expect to see as we creep closer to a detection.”

Like light from distant objects, gravitational waves are a cosmic messenger signal – one that holds great potential for understanding “dark” objects, like black holes.

What do you think about all of this? I for one think it is truly mind-blowing. Where do you think this will take us?