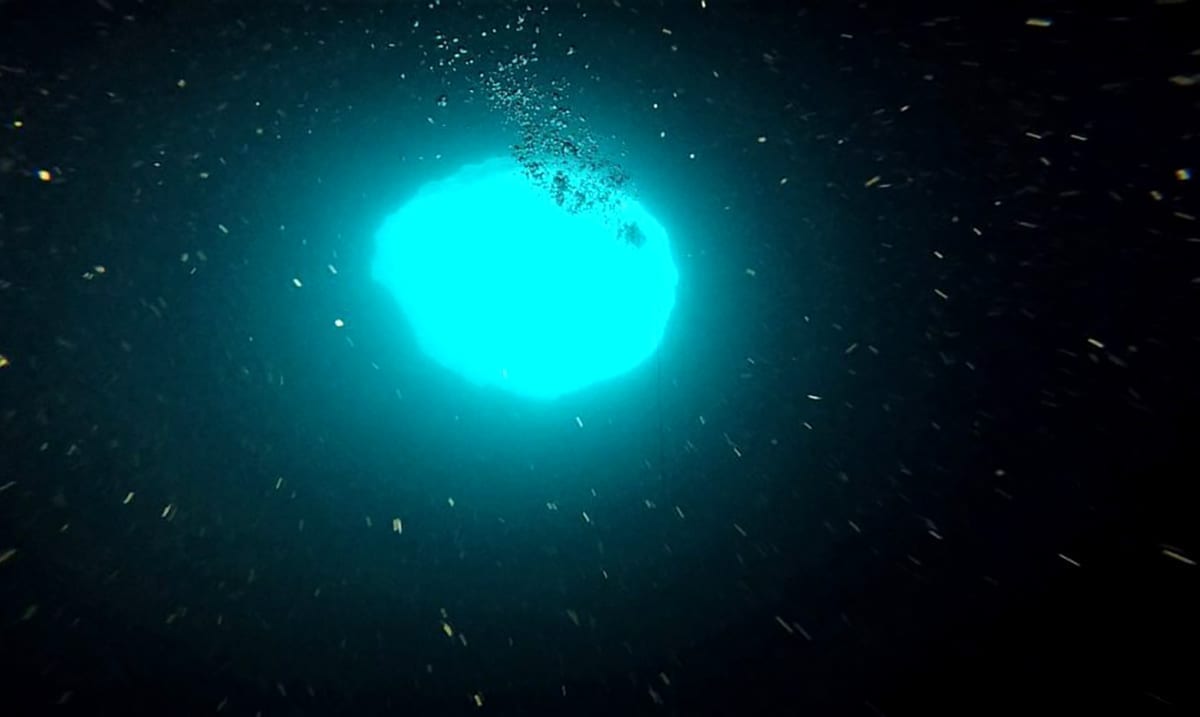 By Gerald SinclairJuly 23, 2020No Comments

According to Psys.org, there is a NOAA-backed expedition set for an interesting and mysterious blue hole in Florida. This hole is on the gulf coast and well, it’s quite mesmerizing even in photos.

While scientists do not yet know how many blue holes there are in the world’s oceans, working to better understand this one is a step in the right direction. The more we learn about this specific blue hole the more easily we can perhaps spot them in the future in other places. That being said, even just getting into one is not as easy as most would expect.

Psys.org wrote as follows on the expedition set to take place in regard to this specific blue hole:

The year-long expedition begins in August and will explore a 425-feet deep blue hole known as Green Banana, that is 155 feet below the surface, NOAA says. The team will include scientists from Mote Marine Laboratory, Florida Atlantic University, Georgia Institute of Technology and the U.S. Geological Society, NOAA says.

“Blue holes and caverns are “scattered across Florida’s Gulf continental shelf” and most are known for hosting “a high diversity of abundance of plants and animals,” NOAA reports.

A blue hole 30 miles off Sarasota (known as “Amberjack Hole”) was explored in 2019. The team found it to be an “oasis in an otherwise barren seafloor.” That hole is 113 feet below the surface and was found to be 350 feet deep, NOAA says.

Among the things discovered at the bottom: Two intact—but dead—smalltooth sawfish, an endangered species, NOAA says. One of the sharks, a 12-foot-long male, was collected for study, NOAA reports.

This blue hole is over four hundred feet deep and could hold some pretty interesting things. Right now we do not yet know what going into it will hold and honestly, the microbial life we find there could be something that blows us all away. The team working on this is set to explore the hole itself during a set of dives in August and in May 2021. This is one of several holes that have been documented and because these kinds of things are so hard to study this in itself is monumental.

This specific hole is known as the Green Banana and for the project itself researchers built something they’re calling a ‘benthic lander.’ This for those who may be wondering according to Popular Mechanics is a triangular prism and a cage of metal tubing that allows them to close in their scientific instruments and allows them to move around more properly. Lowering this down in from the surface gives them something to use while inside of the hole itself.

ABC News wrote as follows on this topic:

NOAA scientists plan to embark on a new mission to a second, deeper area of the hole in August. That mission will consist of a team of scientists from Mote Marine Laboratory, Florida Atlantic University, Georgia Institute of Technology, and the U.S. Geological Society, according to NOAA.

Researchers are interested in studying the seawater chemistry in the holes for its unique qualities.

“Little is known about blue holes due to their lack of accessibility and unknown distribution and abundance,” NOAA said in a statement. “The opening of a blue hole can be several hundred feet underwater, and for many holes, the opening is too small for an automated submersible.”

Researchers don’t know much about blue holes, but scientists are hoping to learn if the holes are connected to Florida’s groundwater or if there is groundwater intrusion into the Gulf of Mexico.

They’re also looking to see if a particular blue hole is secreting nutrients or harbors microenvironments or new species of microbes.

To learn more about all of this take a look at the video below. I for one cannot wait to see what these researchers end up finding. Do you think there could be something alive down there and if so, what?