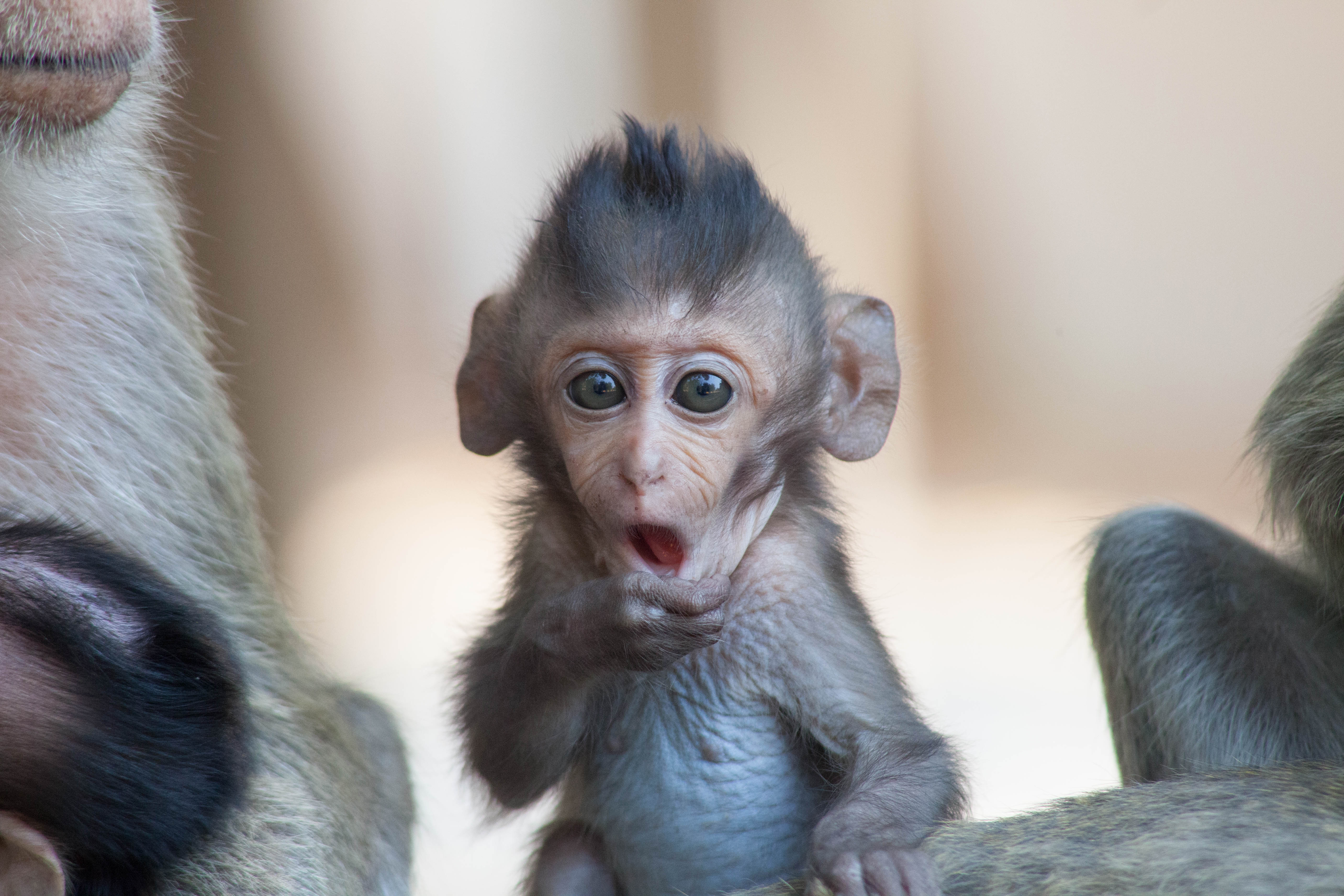 By Gerald SinclairOctober 8, 2018No Comments

While there are a lot of depictions of talking animals (aside from the world birds who mimic) on the big screen, actual talking animals have yet to be found. That being said, we might finally know what monkeys would sound like and it’s horrifying.

William Tecumseh Sherman Fitch III and evolutionary biologist and cognitive scientists at the University of Vienna and his team trained a long-tailed macaque at Princeton’s primate lab to sit in a chair while they shot x-ray video of him eating, yawning, and doing other things of the sort that would evoke ‘noise.’ Through analyzing these x-ray videos and taking stills from them the researchers were able to create a collection of what basically is Emiliano’s vocal tract.

“Essentially, we built up a model of all the possible things the monkey’s vocal anatomy could do,”

So you see, these researchers were able to produce frequencies that worked in the same ways as the Emiliano’s vocal tract would. Through this, they were able to come up with what it would sound like if he were able to speak. Using a computer program that simulated vowel and consonant production they picked a phrase that would show a wide range of vocals which happened to be in this situation”Will you marry me?”

The discussion/conclusion this brings forth is as follows:

Our data indicate that the actual phonetic potential of the primate vocal tract is not highly restricted as previously thought (6, 19). Because we used essentially the same modeling approach as in the classic studies by Lieberman and colleagues (6), but based our analysis on radiographs from actual living monkeys rather than reconstructions from cadavers, we believe that our approach provides a much more accurate estimate of the vocal sounds that a macaque monkey could potentially produce.

The key conclusion from our study is that the basic primate vocal production apparatus is easily capable of producing five clearly distinguishable vowels (for example, those in the English words “bit,” “bet,” “bat,” “but,” and “bought”). Five vowels are the worldwide norm for human languages (20), and many of the world’s languages make do with only three vowels. Although it is more challenging to estimate the range of consonants that would be producible by a monkey (21), the common stop consonants (/p/, /b/, /k/, and /g/) along with a variety of other consonantal sounds (for example, /h/, /m/, and /w/) would be easily attainable by a macaque monkey. In any case, consonant production has never been proposed as a major restriction on the phonetic potential of nonhuman primates [see the reviews by Lameira et al. (21) and Fitch (22)].

We do not, of course, argue that a talking macaque would sound precisely the same as a human or that a macaque could create every possible vowel. For instance, our macaque monkey never produced a vocal tract shape corresponding to the /i/ vowel (that in “beet”), which has been suggested to play a special role in human speech (19, 23). Of course, the restriction of our approach to vocal tract configurations that were actually observed remains very conservative, and it is possible that a monkey could produce more extreme vocal tract shapes, such as /i/, given suitable neural control and/or training. There is no reason to believe that linguistic communication requires /i/ or any other particular vowel because the role of extreme vowels (for example, for vocal tract normalization) could be played by whatever vowel does represent the extreme “corner” of the phonetic space available to that species. Thus, we do not claim that macaque speech would sound precisely like human speech. Rather, our results definitively show that the phonetic range inherent in a macaque vocal tract, based on actual observed vocal tract configurations, would itself pose no impediment to linguistic communication if macaques had human-like neural control systems.

We conclude that if a macaque monkey had a brain capable of vocal learning and combinatoric operations over speech sounds, its vocal tract would be able to produce clearly intelligible speech. Our data join those based on computer models of the human vocal tract, showing that the importance of human vocal anatomy for speech has been overestimated (24–26). Our data are also consistent with anatomical data from apes and monkeys, indicating that human vocal anatomy and the descended larynx are not as exceptional as widely thought (27, 28). These findings refute the widespread opinion that nonhuman primate vocal tracts are “unsuited to speaking” [(29), p. 59]. We conclude that the inability of macaques and other primates to speak is a reflection not of peripheral vocal tract limitations but of their lack of neural circuitry enabling sophisticated vocal control (30, 31). In short, primates have a speech-ready vocal tract but lack a speech-ready brain to take advantage of its latent operating range.

It is far more peculiar than you would think and makes me glad monkeys cannot speak. What do you think about this?