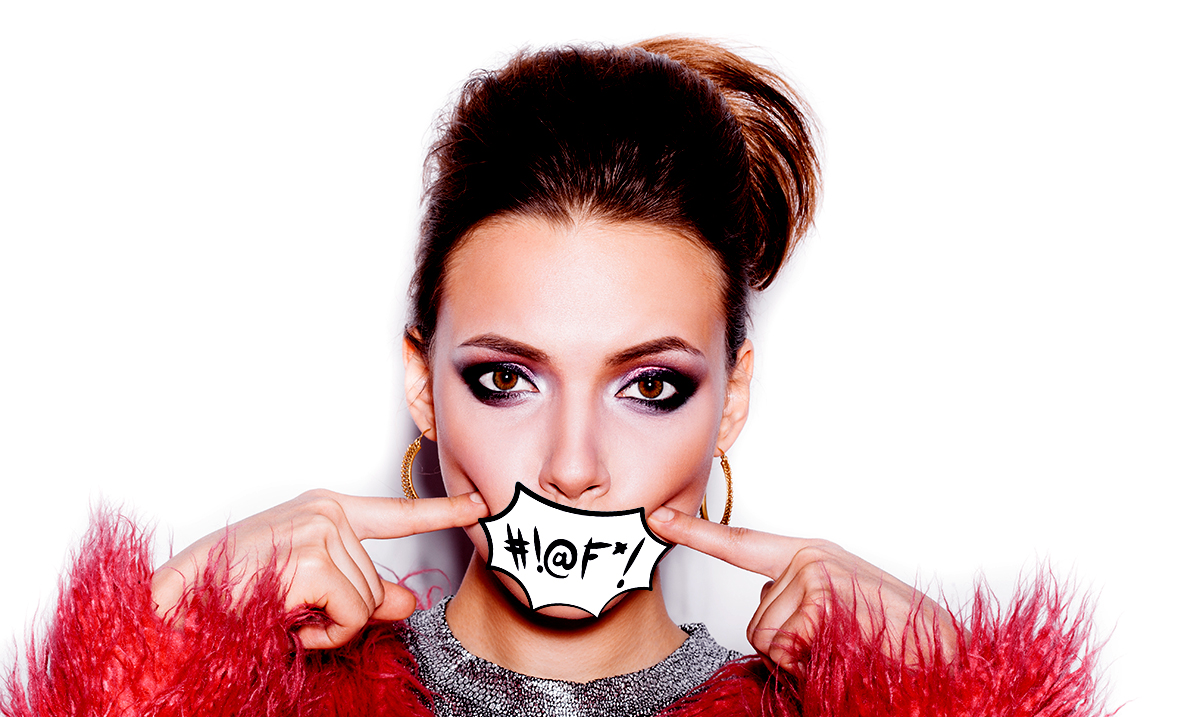 There is no denying that ‘swearing’ in general has a bad reputation in this day and age. People see it as a sign of a ‘lack of’ intelligence or even an under-established vocabulary but neither of those things are true. As a matter of fact, those who curse usually are quite intelligent and have a broad vocabulary.

Profanity might not be ideal for everyone to speak or something everyone wants to be around but there is no denying that people who curse are much more honest than those who do not. Actually, findings from the University of Cambridge found that profanity itself can be positively associated with honesty and even makes people appear more genuine overall.

Those who curse frequently are able to express themselves more properly than others and usually have deeper bonds with the people in their inner circles. According to Psychology Today, they’re even more in control of their own lives and capable of regulating their ‘pain’ levels more properly. You just can’t hide the facts, cursing, in general, might be a lot more beneficial than you’d expect it to be.

When we are friends with people who say swear words a lot we are in many ways friends with someone more willing to say what they know we need to hear rather than what we want to hear and able to be comfortable around one another on a level that some people never truly find. While there is a bit of a taboo surrounding cursing overall, should there be? Surely you have at least one friend who likes to pop off and doesn’t censor his/her sailor mouth, right? How has that friend helped you throughout the years? Was he/she there for you more-so than the rest?

According to the BBC, there are a lot more benefits of swearing than there are downsides they reported as follows in regards:

But recent research also shows there are several hidden benefits of swearing.

The most obvious advantage of swearing is to communicate effectively. By swearing, we not only communicate the meaning of a sentence but also our emotional response to the meaning – our emotional reaction to something. It also allows us to express anger, disgust or pain, or indicate to someone that they need to back off, without having to resort to physical violence.

Studies have shown that swearing can increase the effectiveness and persuasiveness of a message, especially when it is seen as a positive surprise. It might even work with politicians.

A study published in 2014 found that when reading a blog post by a fictitious politician, the post with swear words increased the perceived informality of the language and improved peoples’ impressions of the source – though when asked outright, it didn’t change the likelihood of voting for the politician. The researchers also hypothesize that the findings are specific to the context of an internet blog post, which also makes sense, given the fact we tend to swear more often online. (In a recent exploratory study for example, Twitter users were found to swear about 1.15% of the time, or 64% higher than when we speak.)

In a series of studies, Stephens and his colleagues illustrated how swearing can increase tolerance to pain. Students who repeated a curse word were able to keep their hand in a bucket of ice water longer than those who uttered a neutral word.

“As well as the pain tolerance change, participants also showed an increase in heart rate. When you swear your heart rate goes up even more, which suggests an emotional response to the swearing itself,” Stephens said. “This response is the stress fight or flight response and it works as an analgesic.”

Whether you’re someone surrounded by a bunch of ‘foul mouths’ or someone who has a few friends that like to fly off the handle from time to time chances are you’re getting benefits through being around them that you haven’t stopped to notice. After looking into this I realized that there are a few people in my life who might be quick to curse but who were also quick to be truthful, loyal, and very respectful towards me and that is something I don’t think I would ever give up.

What do you personally think about cursing? For more on this topic please feel free to check out the video below. I guess having a potty mouth isn’t the end of the world after all. If you have friends who like to swear perhaps you should be thanking them for being so true to themselves and considering the presence they have in your life as a good thing.