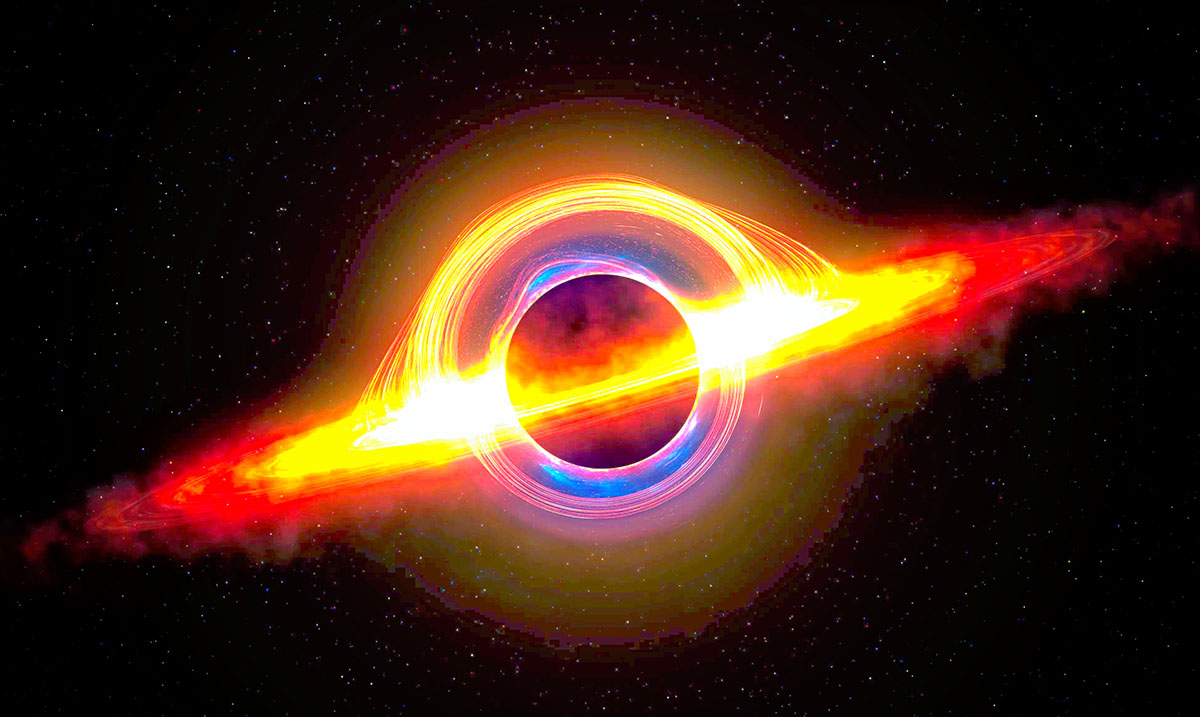 In recent times a paper published by Durham University has sparked a bit of concern as it suggests that something sinister might happen in the future. While not proven through just yet, the possibility of there being a black hole less than a single light year away from us is concerning.

The report titled ‘What if Planet 9 is a Primordial Black Hole?’ goes over how planet 9 an ‘invisible’ planet lurking near the edge of our solar system might not be a planet at all. While astronomers have thought planet 9 was present somewhere in space the idea that it is actually a black hole makes more sense than most want to admit. While only about the size of a bowling ball, this ‘black hole’ could have been leftover from the beginning of our universe itself.

This so-called primordial black hole is different from your average black hole and as noted above in reference to size is much smaller than what you’d imagine a black hole as being. While we have never observed a primordial black hole they are something thought to have developed in space after the Big Bang itself took place. The authors of this report believe that this kind of thing could explain the odd orbits of ‘trans-Neptune objects.’

NBC News reported as follows on the theory itself after speaking with the authors:

Scholtz said the new primordial black hole theory could open up new ways to hunt for the mysterious object that lurks in the outer solar system.

“At this stage, it would be difficult for anyone to say it’s more likely to be one thing or another,” Scholtz said. “We’ve never seen a planet as far out as Planet 9 is supposed to be orbiting, and we’ve never seen a primordial black hole. So, guessing the relative merits of two scenarios is a very difficult exercise. We need to cast our net as wide as possible.”

The researchers suggest that the primordial black hole ended up in our solar system after getting caught in the sun’s gravitational field. If the black hole does exist beyond Neptune, the researchers say it is likely surrounded by a dense halo of dark matter, a form of invisible matter that is thought to make up 27 percent of the universe. The scientists said it may be possible to detect the radiation emitted when these dark matter particles interact with other particles in the vicinity.

“These signals should eventually reach Earth, and we could see them with something like the Fermi telescope,” Unwin said.

This whole theory brings forth the question of whether or not at some point in the future our planet itself could be swallowed up into this black hole. According to The Express if this black hole is actually present it is probably a mere 56 billion miles away which in space is not that far when you consider how far other things are away. In time, we will be able to understand more on this and perhaps figure out how true this theory ends up being but for now, everyone is left on edge.

What do you think about all of this? I for one think that it would be very interesting to see where research on this concept goes. To check out this report for yourself please feel free to click here.