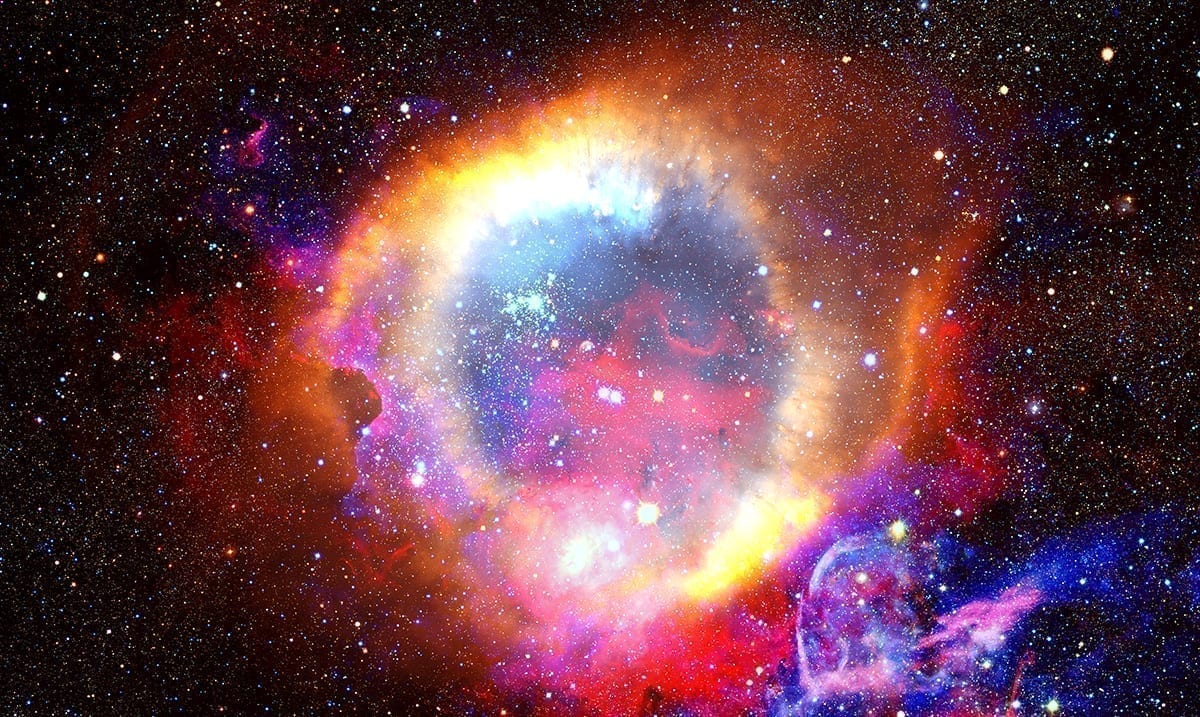 Consciousness in itself is something we consider a mystery but what if things we never really imagined as being conscious are in big ways? Perhaps even the universe itself is conscious?

Research in many different areas has brought these questions forth and tried to answer them. Actually, in recent times some have been broken down quite deeply and are bringing forth a lot of new concepts and thoughts on the matter. One model that’s being ‘doubled down on’ in recent times is the Integrated Information Theory that basically claims non-living things can experience their own kind of consciousness.

That for those who might be confused would mean that things like machines, toys, all different types of particles and so much more would be conscious. This in many ways also leading to the concept that the universe itself too may be able to experience some form of consciousness. Now, this theory overall isn’t like most others you’ll find as it is purely mathematical. I know, math was never my strong point either but learning about this kind of thing is truly fascinating.

Futurism wrote as follows on this theory:

IIT relies on a value called phi that represents the interconnectivity of a node, whether it’s a region of the brain, circuitry, or an atom. That value represents the node’s level of consciousness. The cerebral cortex, for instance, has a high value because it contains a dense cluster of widely-interconnected neurons.

But when IIT was first presented, calculating phi was impossibly convoluted. New Scientist reports that calculating the phi of a human brain would have previously taken longer than the universe has existed, but a February paper by IIT’s creators, currently awaiting peer review, attempts to simplify the process significantly.

Many academics remain unconvinced by IIT, in part because of its complexity but mainly because of its far-reaching implications for a conscious universe.

“I think mathematics can help us understand the neural basis of consciousness in the brain, and perhaps even machine consciousness, but it will inevitably leave something out: the felt inner quality of experience,” University of Connecticut philosopher and cognitive scientist Susan Schneider told New Scientist.

To learn more about this theory as a whole click here. I know, the idea that the universe itself might be conscious sounds like something from a horror movie or a bit ‘crazy’ but the math is there and there is so much science going into things in so many ways that the idea itself is quite convincing. Of course, there are always going to be people changing theories and updating them until we somehow manage to prove one of them through entirely but this one really does bring a lot to the tale in my eyes.

Going over a different concept on consciousness itself and the universe NBC News wrote as follows:

“The only dominant theory we have of consciousness says that it is associated with complexity — with a system’s ability to act upon its own state and determine its own fate,” Koch says. “Theory states that it could go down to very simple systems. In principle, some purely physical systems that are not biological or organic may also be conscious.”

Koch is inspired by integrated information theory, a hot topic among modern neuroscientists, which holds that consciousness is defined by the ability of a system to be influenced by its previous state and to influence its next state.

The human brain is just an extreme example of that process, Koch explains: “We are more complex, we have more self-awareness — well, some of us do — but other systems have awareness, too. We may share this property of experience, and that is what consciousness is: the ability to experience anything, from the most mundane to the most refined religious experience.”

Like Matloff, Koch and his colleagues are actively engaged in experimental tests of these ideas. One approach is to study brain-impaired patients to see if their information responses align with biological measures of their consciousness. Another approach, further off, is to wire the brains of two mice together and see how the integrated consciousness of the animals’ changes as the amount of information flowing between them is increased. At some point, according to integrated information theory, the two should merge into a single, larger information system. Eventually, it should be possible to run such experiments with humans, wiring their brains together to see if a new type of consciousness emerges.

Despite their seeming similarities, Koch is dubious of Matloff’s volitional stars. What is distinctive about living things, according to his theory, is not that they are alive but that they are complex. Although the sun is vastly bigger than a bacterium, from a mathematical perspective it is also vastly simpler. Koch allows that a star may have an internal life that allows it to “feel,” but whatever that feeling is, it is much less than the feeling of being an E. coli.

On the other hand, “even systems that we don’t consider animate could have a little bit of consciousness,” Koch says. “It is part and parcel of the physical.” From this perspective, the universe may not exactly be thinking, but it still has an internal experience intimately tied to our own.

Which brings us to Roger Penrose and his theories linking consciousness and quantum mechanics. He does not overtly identify himself as a panpsychist, but his argument that self-awareness and free will begin with quantum events in the brain inevitably links our minds with the cosmos. Penrose sums up this connection beautifully in his opus “The Road to Reality”:

While in the end we just don’t know what the universe is capable of, thinking about this kind of thing will really get your gears turning. What do you think of the universe and its possible consciousness? I for one would love to in the future know for sure if these theories were actually true or not. To learn more about a theory that seemingly fits into all of this take a look below, in this video Sir Roger Penrose breaks down ‘the quantum nature of consciousness.’