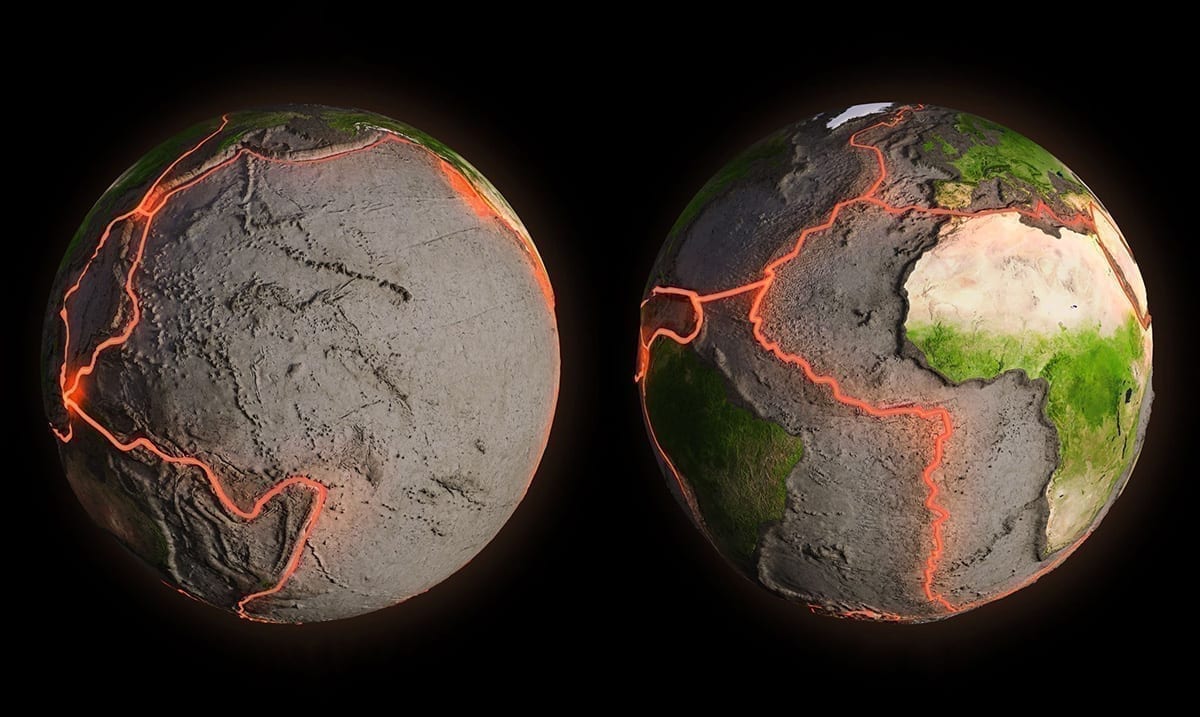 By Gerald SinclairMay 22, 2020No Comments

We all know that tectonic plates exist but did you know that there was on on the verge of breaking? This being the one under the Indian Ocean.

A recent study was published covering this topic back on the 11th of March. Basically this plate will end up splitting in two eventually though it will be long after we humans who are alive now have died and generations have passed. This plate is known as the India-Australia-Capricorn tectonic plate and while it’s slowly splitting, it is still splitting.

A co-researcher on this study by the name of Aurelie Coudurier-Curveur told Life Science as follows in regard:

“It’s not a structure that is moving fast, but it’s still significant compared to other planet boundaries.”

“It’s not one uniform plate. There are three plates that are, more or less, tied together and are moving in the same direction together,”

While this might not sound like much, it is a big deal. The more we understand it the better. With this plate slowly splitting under the water what’s being referred to as a ‘nascent plate boundary’ went almost undetected. With this kind of thing earthquakes came in handy big time. Because two quite powerful earthquakes had happened in an odd spot, this type of boundary was able to be found.

The plain language summary of the study noted above goes as follows:

Oceanic plates are usually rigid and aseismic, except along their boundaries. In 2012, two extraordinary earthquakes with magnitudes M  > 8, typical of plate boundary events, occurred in the Wharton Basin, inside the India‐Australia‐Capricorn plate, slicing the seafloor along straight, old fracture zones bearing evidence of active tectonic deformation. Using submarine relief and seismic data, we study the freshest fracture zone (F6a) to examine whether it might qualify as a nascent plate boundary between India and Australia. We find that localized cracks along it and narrow rectangular basins (pull‐aparts) resemble those along large continental strike‐slip boundary faults, supporting the inference that the composite Indo‐Australian plate is breaking apart.

The more we learn about this kind of thing the more we will be able to understand the plates that make up the outer layer of our home planet. We will be able to better understand where things are headed and how far they’ve come. To learn more about tectonic plates as a whole take a peek at the video below.