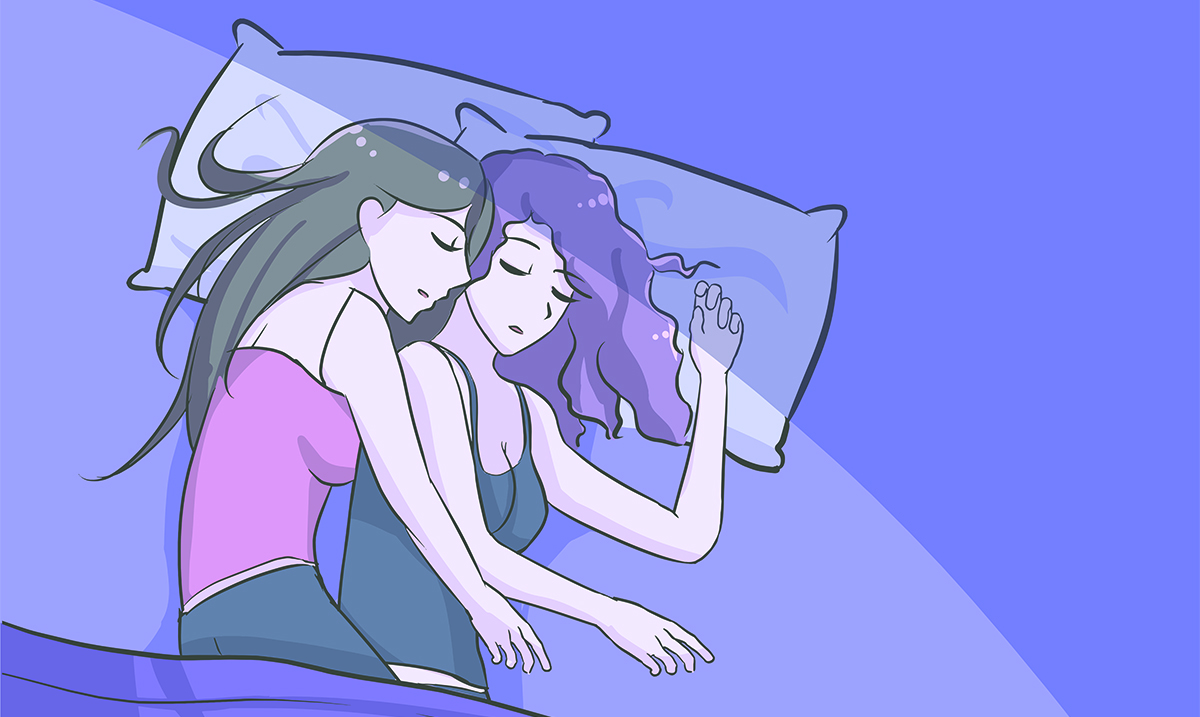 By Harley MansonDecember 17, 2021No Comments

Admittedly, as a woman, I have joked on a few occasions that if my husband didn’t become more emotionally supportive, I might trade him in for a female. While I was only joking, it appears that many women are not, and according to various studies, these women are leaving their male partners and trading them out for a female partner.

Being a woman is more difficult than ever, not only are we pressured to have a career, but we also feel a calling to get married, be a perfect housekeeper, cook, and mother. And while many male partners are very supportive and helpful, some don’t mind the imbalance, leaving most of the work to be placed on their wives or girlfriends.

During our 20’s, much of our self-discovery is made. We make major decisions, fight against ourselves in the world, and create ourselves in the image we believe we need to be. But, in our 30s and 40s, a major shift takes place, according to Dr. Sheryl Kingsberg and Dr. Lisa Diamond.

Kingsberg explains that many of her patients at her OBGYN position at the University Hospital Cleveland Medical Center experienced a wide variety of changes to their s*xual orientation as they passed the age of 30. Many of those women, she explains, were in deeply committed heterosexual relationships during their shift. She says, “Maybe it’s hormonal, maybe it’s neuroendocrine —an epigenetic shift in brain chemistry that is hormone-based. But it’s certainly a shift.”

Diamon doesn’t chalk it all up to hormones but believes much of it to be circumstantial. In a study she was a part of, they analyzed 79 women, with some identifying as lesbian, bisexual, pansexual, and undecided. According to her, over 2/3 of the participants shifted their sexuality over 10 years.

And while some would argue that they must have been lesbians all along, Diamond discourages that type of thinking. “One of the risks of the “repressed lesbian” narrative is that it leads women to feel that their previous relationships with men must have been “fake” or “inauthentic.” It’s completely possible that a woman had a satisfying history of relationships with men and is now experiencing a totally new and equally satisfying relationship with women.”

There are various reasons for people to shift their s*xuality, to change, to evolve, and to grow. And while all changes may not be conducive to our present situation (i.e, a committed relationship) we have to admit, that everyone changes. It’s just a part of life.

During an interview with InStyle, Kingsberg explained that The bonding between women goes beyond physical attraction, so that additional value may push it toward, ‘Why would I go back to men?’ Oxytocin [dubbed the love hormone] may be a contributing factor — that women have more oxytocin than men — towards their ability to fall in love with somebody and then develop attraction, which is why women are more likely to be fluid.”

When it comes down to it, we all have different experiences, different pressures, different s*xual attractions, etc. So, no matter how much we try to explain this phenomenon, we are likely to come up with a multitude of factors and reasons. With that being said, Diamond explains, “You shouldn’t think that whatever you wanted at age 25 is what you’ll want and enjoy for the rest of your life. Your sexual development isn’t over, We should all embrace and welcome such changes and evolutions — they are a sign of our continued vitality.”