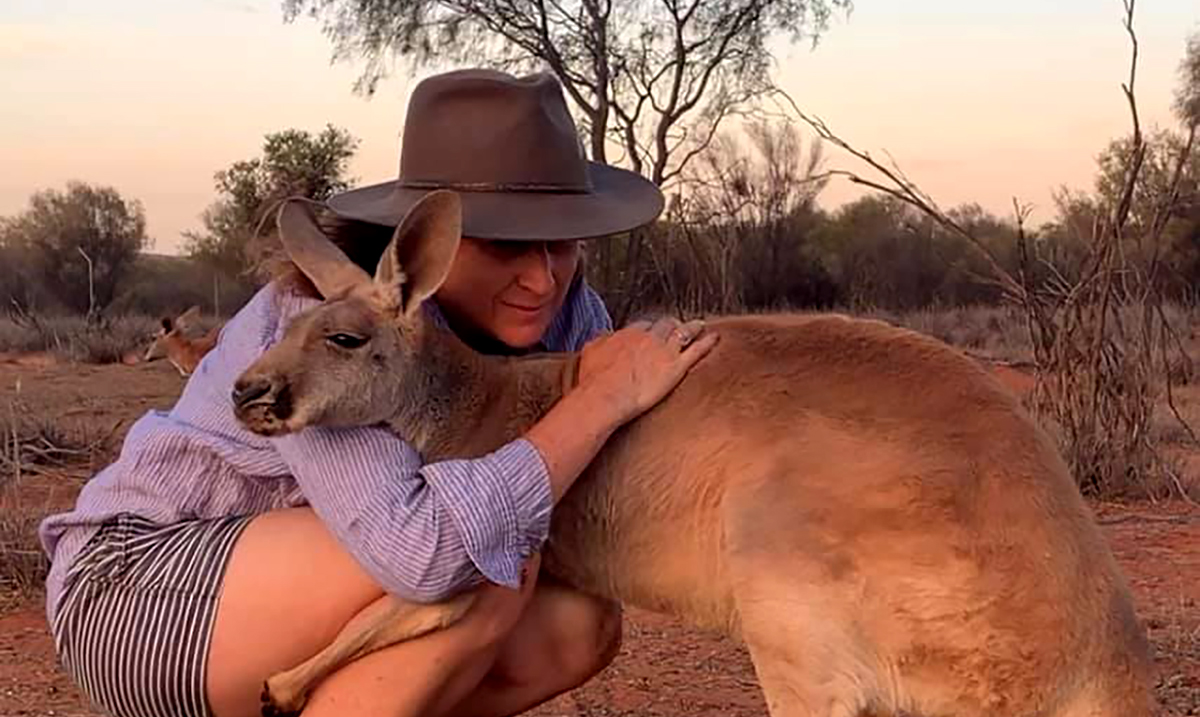 Rescued Kangaroo Loves To Hug Those Who Saved Her Life

By Gerald SinclairJanuary 31, 2020No Comments

While we as human beings tend to forget to show others that we are thankful for the things they do, animals almost always show their gratitude in one way or another. Animals are always doing things that most would not expect them to do, aren’t they?

I recently came across some videos on YouTube of an amazing kangaroo that is more willing to give hugs than anyone I have ever seen. She is over 13 years old and loves to give hugs to her rescuers. It’s almost as if she truly considers them family. Her name is ‘Queen’ Abi, and she is a beautiful creature.

‘Queen’ Abi lives at the Kangaroo Sanctuary Alice Springs and is taken care of by her rescuer Chris ‘Brolga’ Barns. While she is a bit on the smaller side Abi’s personality is clearly enormous. According to Daily Mail, Brolga rescued Abi as a tiny orphan baby and ever since she has been full of energy and love.

Brolga’s sanctuary has been around since 2005 and was something he dreamed of for a very long time. This rescue center is especially unique as it provides specialized care for kangaroos. Many baby orphan kangaroos come to this center to be raised by Brolga and the other volunteers until they are ready to be released back into the wild unless they are unable to be released.

Their mission is listed as follows on their website:

Education is a priority. We provide education to other wildlife carers, the general public, school groups, and visitors through our guided sunset tour.

If you’re as in love with Abi as we are and want to donate to her care and the care of others especially now considering so many baby kangaroos are being displaced with the bushfires click here. To see Abi in action check out the video below. Isn’t she amazing?

We could clearly all learn a thing or two from her. She shows her gratitude every single day and makes sure that her rescuers know how much she appreciates what they do for her. Have you ever seen a more loving kangaroo? I know I haven’t!