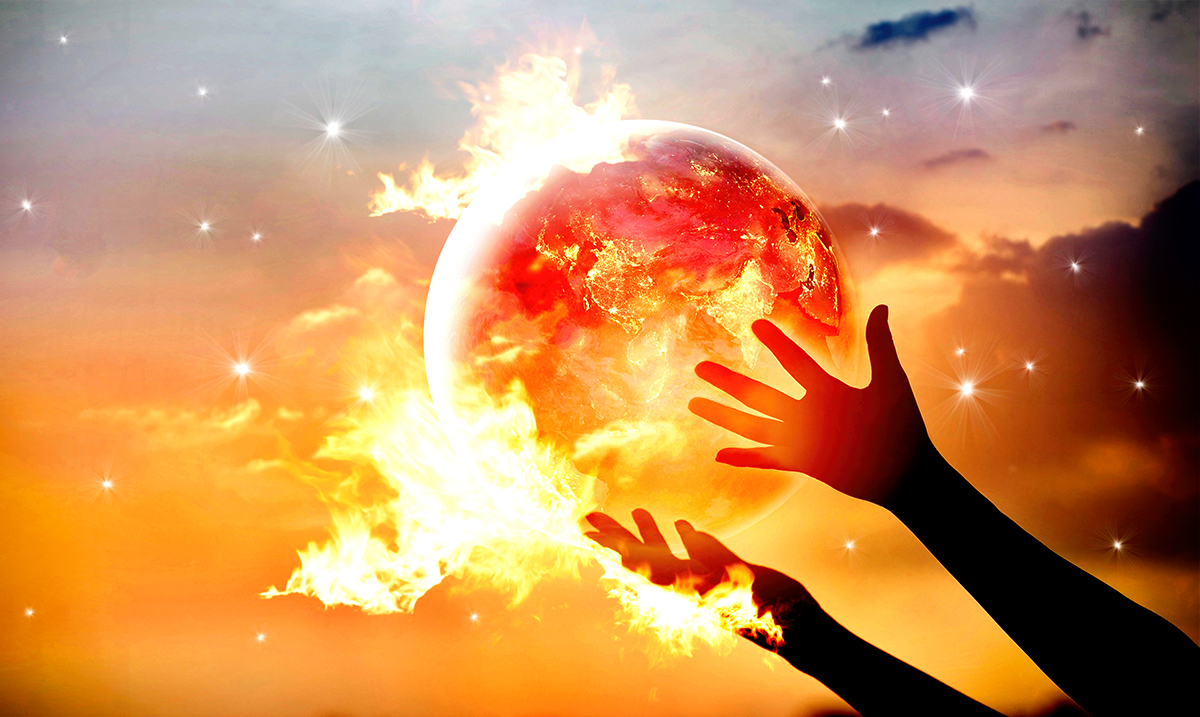 A newer climate change report has been taking the spotlight in recent times. This report coming from researchers who claim that throughout the past few years the risks associated with climate change, in general, have been drastically understated and underestimated.

This report is titled ‘Existential climate-related security risk: A scenario approach’ and it covers just how drastic the changes we are facing will end up being. This report notes that society could very well collapse because of the instability to come. It seems by the time 2050 rolls around human civilization might not be much of a ‘civilization’ at all anymore.

The authors of this report include David Spratt a research director for Breakthrough National Centre for Climate Restoration as well as Ian Dunlop a former industry executive and chairman of the Australian Coal Association. Both are prominent figures in the world of emissions and so forth. While many people will overlook this report and refuse to take it seriously, the issues to come are much more serious than we could ever imagine.

The report notes as follows:

“Climate-change impacts on food and water systems, declining crop yields and rising food prices driven by drought, wildfire, and harvest failures have already become catalysts for social breakdown and conflict across the Middle East, the Maghreb, and the Sahel, contributing to the European migration crisis.”

“The flooding of coastal communities around the world, especially in the Netherlands, the United States, South Asia, and China, has the potential to challenge regional and even national identities.”

“Armed conflict between nations over resources, such as the Nile and its tributaries, is likely and nuclear war is possible. The social consequences range from increased religious fervor to outright chaos.”

Understanding the risks and security threats in general that could come from climate-related issues is important and it seems a new approach is needed. Currently, the path of warming is about three degrees Celsius by the time we hit the year 2100 but this doesn’t seem to include all that it should, according to the report noted above. Because the human activity is forever causing more and more damage in our climate system those numbers are more than likely quite off.

The report goes into detail as it covers existential risks and the years to come:

2020–2030: Policy-makers fail to act on evidence that the current Paris Agreement path — in which global human-caused greenhouse emissions do not peak until 2030 — will lock in at least 3°C of warming. The case for a global, climate-emergency mobilization of labor and resources to build a zero-emission economy and carbon drawdown in order to have a realistic chance of keeping warming well below 2°C is politely ignored. As projected by Xu and Ramanathan, by 2030 carbon dioxide levels have reached 437 parts per million — which is unprecedented in the last 20 million years — and warming reaches 1.6°C

2030–2050: Emissions peak in 2030, and start to fall consistent with an 80 percent reduction in fossil-fuel energy intensity by 2100 compared to 2010 energy intensity. This leads to warming of 2.4°C by 2050, consistent with the Xu and Ramanathan “baseline-fast” scenario. However, another 0.6°C of warming occurs — taking the total to 3°C by 2050 — due to the activation of a number of carbon-cycle feedbacks and higher levels of ice albedo and cloud feedbacks than current models assume.

[It should be noted that this is far from an extreme scenario: the low-probability, high-impact warming (five percent probability) can exceed 3.5–4°C by 2050 in the Xu and Ramanathan scheme.]

2050: By 2050, there is a broad scientific acceptance that system tipping-points for the West Antarctic Ice Sheet and a sea-ice-free Arctic summer were passed well before 1.5°C of warming, for the Greenland Ice Sheet well before 2°C, and for widespread permafrost loss and large-scale Amazon drought and dieback by 2.5°C. The “hothouse Earth” scenario has been realized, and Earth is headed for another degree or more of warming, especially since human greenhouse emissions are still significant.

While sea levels have risen 0.5 meters by 2050, the increase may be 2–3 meters by 2100, and it is understood from historical analogs that seas may eventually rise by more than 25 meters. Thirty-five percent of the global land area and 55 percent of the global population are subject to more than 20 days a year of lethal heat conditions, beyond the threshold of human survivability. The destabilization of the Jet Stream has very significantly affected the intensity and geographical distribution of the Asian and West African monsoons and, together with the further slowing of the Gulf Stream is impinging on life support systems in Europe. North America suffers from devastating weather extremes including wildfires, heatwaves, drought, and inundation. The summer monsoons in China have failed, and water flows into the great rivers of Asia are severely reduced by the loss of more than one-third of the Himalayan ice sheet. Glacial loss reaches 70 percent in the Andes and rainfall in Mexico and central America falls by half. Semi-permanent El Nino conditions prevail.

What do you think about all of this? To read the full report yourself please feel free to click here. While it might seem pretty far off, 2050 is a lot closer than you realize. It will be here before we know it.