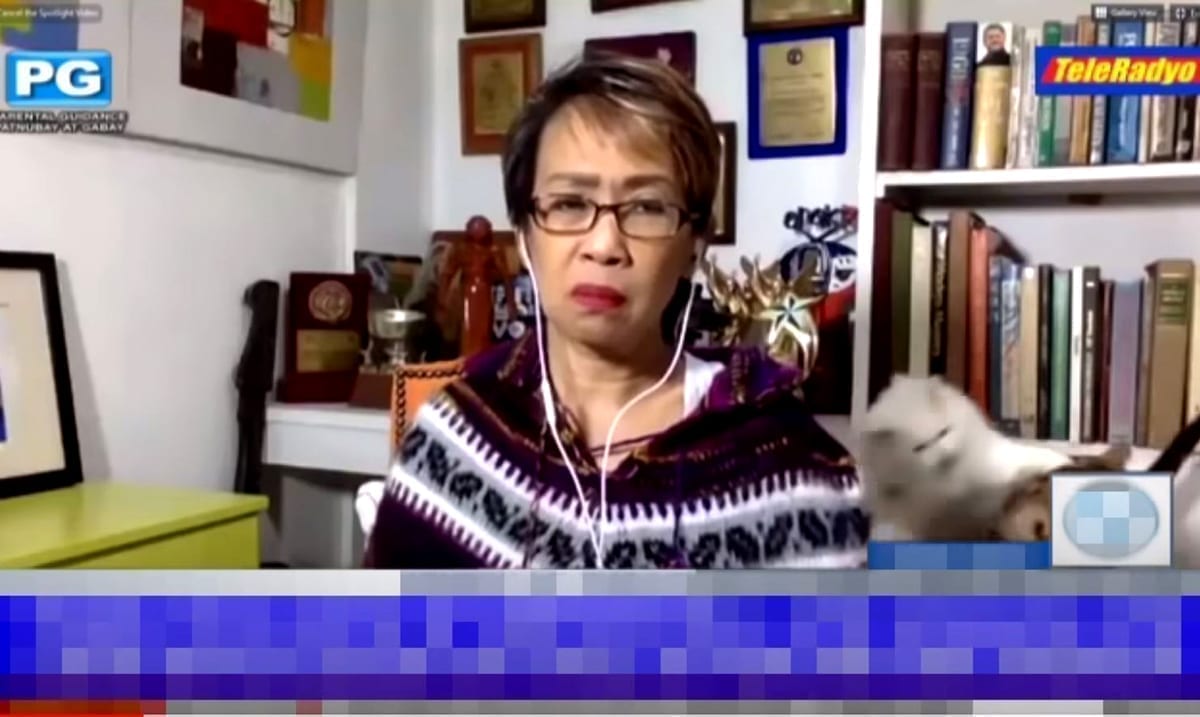 As if we hadn’t already seen it all, it seems one Filipino journalist had to deal with quite the predicament. While in the middle of an interview Doris Bigornia’s cats began fighting in the background and well, it’s intense.

While some think she should have reacted a bit more erratically and not tried to keep calm, others thought the little squabble was cute. According to Insider, this event happened on the 15th of this month (May) and since she was broadcasting from home due to the pandemic Bigornia while doing an alright job at remaining focused on the task at hand caught quite the moment on camera.

Her cats while not hurting one another too badly and simply fighting on a smaller level were slapping at one another and the white one was making some of the silliest faces. Bigornia’s daughter who seems to think the situation is funny as many do posted on Twitter that the two cats have since made up and noted that they ‘have no chill’ when sharing the video itself. After seeing the video, we agree with Nikki, they do not have any ‘chill.’

This footage overall has seemingly gone viral and well, I’m sure you can see why. If you love cats you know how they can be with one another. These cats as well as the others are all doing just fine and can be seen in another video as well doing just fine which can be watched in the tweet below.

Working from home for journalists and news people overall can be quite interesting it seems. I am honestly surprised we have not seen more viral videos like this one. What do you think about this? Is it as relatable as most seem to make it out to be?

When you’re stuck at home and trying to make the most of the time before you, anything can happen. While we don’t know what got these two cats going, it’s good to know they’ve made amends. We assume Doris will be leaving them in a different room when broadcasting from here on out but who knows, perhaps she doesn’t mind letting them spice things up from time to time? They sure are cute even when in such a feisty mood.

To see the full clip take a look at the video below. Isn’t it wild? With cats, you never know what’s going to happen.