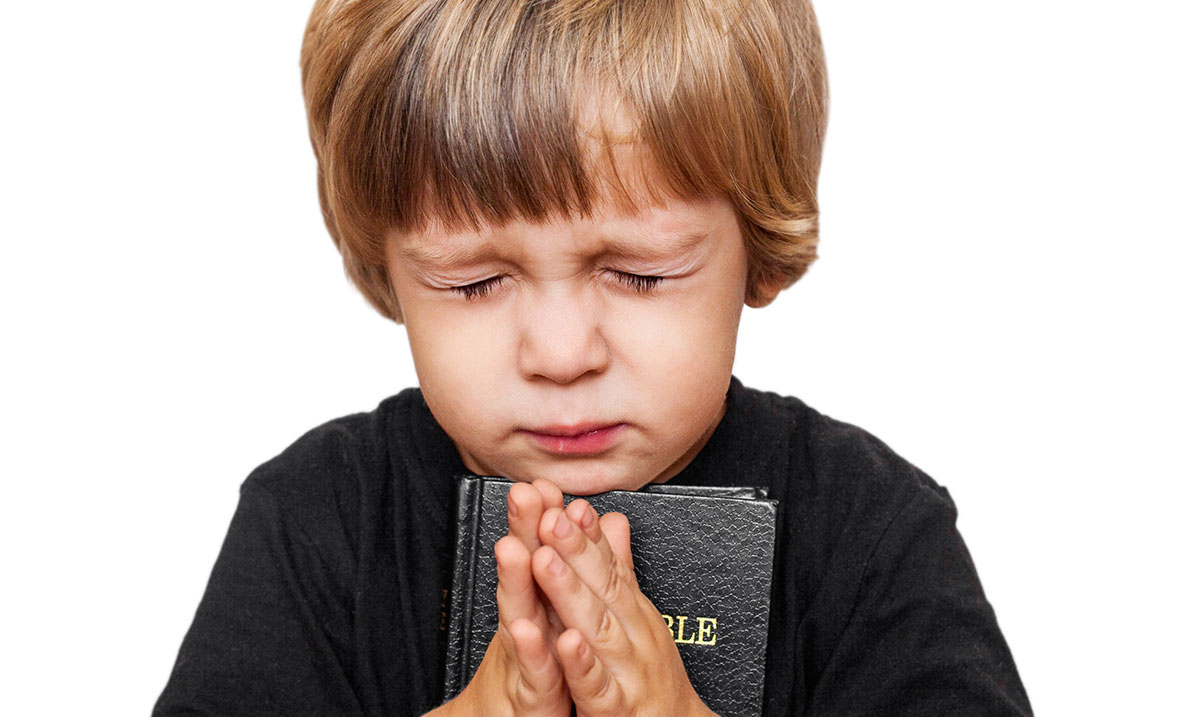 While religion can be a good thing for many people it has its downsides. Whether it’s a big role in your life or not as important, growing up in a religious home might not be as positive as you’d assume.

When it comes to children where to draw the lines is quite blurred be it forcing them into church or wanting to keep them on the same path as you no matter what they say. Somewhat recent findings have highlighted something most people do not stop to think about and many are unsure of how to take it. Researchers from Boston University took the time to examine how religious exposure affects children and their abilities to keep reality and fiction separated.

In order to do this, they presented five and six-year-old children with different kinds of stories. Some of these stories were religious stories, some were fantasies, and some were realistic. Through doing this they were able to figure out how real the children were able to rate things and what distinguishes they made.

Broken down into two specific studies their results were interesting, to say the least. It seems those who went to church or went to religious schools were on a significant level much less able to identify things like talking animals and supernatural beings as ‘not real.’ They were much more likely to assume the fictional characters were not just ‘pretend.’

Discussion wise the study notes as follows in regards:

Study 1 examined children’s judgments about the status of story characters presented in different story contexts: realistic, religious, and fantastical. Based on previous findings indicating that young children are able to use the realistic context of a story to judge the protagonist as “real” (e.g., Corriveau et al., 2009; Vaden & Woolley, 2011), we anticipated that all children would characterize the protagonists in realistic stories as real. The results were fully consistent with this hypothesis. All four groups of children performed significantly above chance in judging story protagonists in a story with realistic content as real, and they frequently justified that categorization by referring to realistic elements of the story.

Our central question concerned children’s judgments about the status of story characters in religious stories. Children with exposure to religion—via church attendance, parochial schooling, or both—judged such characters to be real. By contrast, children with no such exposure judged them to be pretend. This sharp discrepancy between children with and without exposure to religion lends no support to the hypothesis that children are “born believers” (Barrett, 2012) with a natural credulity toward extraordinary beings with superhuman powers. Indeed, secular children responded to religious stories in much the same way as they responded to fantastical stories—they judged the protagonist to be pretend.

Unexpectedly, children’s judgments about the protagonists in fantastical stories varied depending on their exposure to religion. Children exposed to religion via church or parochial schooling were less likely to judge such characters as pretend. Note that we did not find differences in children’s judgment of protagonists by type of religious exposure. That is, children who received religious education at school, but did not attend church with their family demonstrated similar judgments as compared to children who attended church with their families, but received a secular education. Moreover, children who received both types of religious exposure (school, home) also demonstrated similar patterns of judgments about story characters. A plausible interpretation of these findings is that regular exposure to religious narratives—from any source—is sufficient to modify children’s categorizations of story characters. In future research, it will be appropriate to check this conclusion, for example, by asking whether a more limited exposure (i.e., occasional church attendance or religious instruction) also influences children’s categorizations of story characters.

This highlighting that children are not born believing in things like ‘God’ but more-so that teaching these kinds of things leads the children to believe, obviously. While it might seem like this article is slamming those who opt to care for some kind of religion but that is not the case, we are just opening the door to further explore this side of things. How do you feel about the study mentioned above?