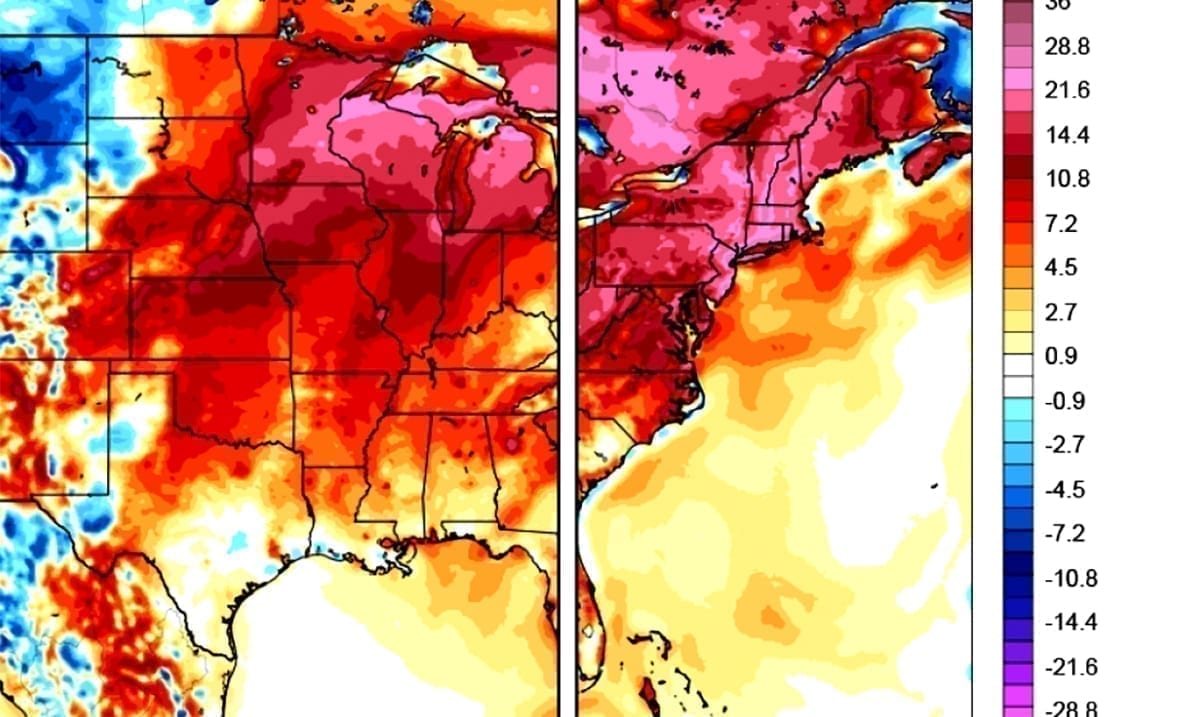 Relentless Heat Wave To ‘Bake’ The United States For Weeks

As we move through the month of July things seem to be heating up for many of us. According to CBS News, there will be a ‘relentless heatwave’ bearing down on us that those in the south and other areas of the US won’t be able to get away from.

While we’ve been seeing a bit of heat slack off lately, things are warming right back up as some places may reach temps of as high as 120 degrees Fahrenheit. I know, that in itself seems mind-blowing but it’s still quite true. Depending on where you are in the US you may want to post up beside an air conditioner for your own good.

ABC 7 wrote as follows on this topic:

Forecasting from the National Weather Service predicts a high of 126 in Death Valley, California. Phoenix, Arizona, expects a high of 117 on Sunday, and Las Vegas, Nevada, is preparing for weekend highs of 113.

In the southwest, “we use what we call a heat risk,” said Marvin Percha, National Weather Service meteorologist. This is different from other areas of the country where heat indexes take a bigger importance in heat warnings.

“We look at how rare the event is and compare what’s normal,” Percha said. “Considering the temperatures we have forecast now, we’re looking at a pretty rare event.”

While different parts of the country are under different criteria for their heat advisories it does seem like this heatwave is going to be affecting most of us in big ways. We could face temperatures that put our health at risk and the more aware we are of that the better we can protect ourselves as a whole. This whole event in itself is being described as rare and honestly, I bet it’s going to really suck to experience.

Heat is the story over the next 7 days. We’ll go from very hot to extremely hot over the weekend. The Excessive Heat Watch for Friday-Monday has been converted to a Warning. The peak numbers we’re looking at happen less than one day per year on average. #azwx #cawx pic.twitter.com/mVNom6zkrF

We should all work to limit the amount of time we spend outside if we can and do our best to take care of ourselves with extreme heats like this before us. If you’re feeling too hot, don’t forget to go cool off. It could be the difference between a heat stroke or something else of the sort.

With the latest Excessive Heat Warning beginning on Friday in #Phoenix and lasting through Monday do you know how to recognize the symptoms of heat illness and what steps to take? #AZWX #CAWX #AZHEAT pic.twitter.com/oeuiXdhIdY

CBS News reported as follows about this heatwave:

Jeff Masters, Ph.D., founder of the popular site Weather Underground and a regular contributor to Yale Climate Connections, says what concerns him most is the prolonged exposure to the heat. “The heat wave will be very long-lived, lasting multiple weeks in some areas with only a few days of near-normal temperatures during that span. This will increase the odds of heat illness and heat-related deaths.”

Amarillo, Texas, for example, is embarking on a 10-day stretch of 100+ degrees Fahrenheit, with some days near 110. That’s 10 to nearly 20 degrees above the average high temperature of 92.

In the past few years these massive heat outbreaks have become commonly known as heat domes — sprawling areas of high pressure bringing hot and dry conditions for days. Heat domes are best seen in the upper levels of the atmosphere. In the image below, a big mountain of warm air builds and expands, reaching historic heights in the southwestern U.S..

The bigger these heat domes grow, the hotter and longer-lasting heat waves become. And this will be a big one. More than 80% of the nation — 265 million people — will sweat through highs above 90 within the next week. Another 45 million will suffer through triple-digit temperatures.

The core of the heat this weekend will build across the western lower Plains and the Southwest.

To learn more about this take a look at the video below. It’s nothing to joke about. Heat might not sound like a big deal but it really can be a huge problem.