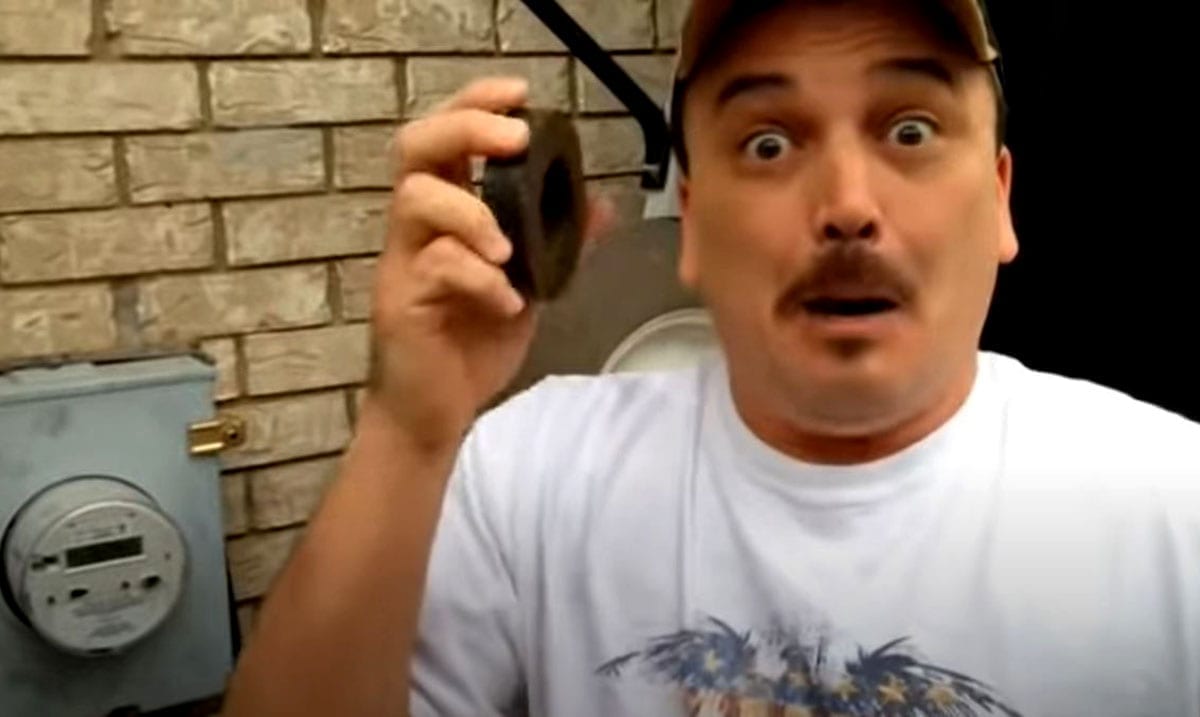 We see videos circling online all the time but I recently came across on from years ago that left me chuckling for quite some time. One thing we all know about the internet is that once something is posted and goes viral, it will make rounds over and over again which seems to be the case with this hilarious situation.

This video was posted on YouTube by ‘Ranchitout’ who was in a very interesting situation with his power company ‘Oncor.’ Apparently, the company came out and what he thought was just a routine meter check turned into something much more infuriating than you might expect. After finding a mediocre size magnet on the side of his meter the company decided to place locks on his meter and from there accuse him of tampering with the meter trying to reduce his power consumption.

Yes, that power company sure did have the audacity now, didn’t they? This interesting man’s reaction and explanation for the magnet will have you rolling quickly, that much I am sure. This battle is one you can tell he was not intending to let go without a fight.

How would you feel in his situation and do you think that magnet was affecting his power bill in any way? I for one think in this situation the power company may have been feeding him a load of crap. Could you imagine having to deal with something so ridiculous? I for one would not be able to remain as lighthearted as he is through it all.

While it does seem that if you look into it magnets can possibly slow meters down which would possibly result in a lower bill but as you can see, that’s not quite what this man had in mind when placing his magnet where it was found. While it’s almost definitely not going to work these days, I guess I could see why the company would consider finding a magnet on the side of it ‘meter tampering.’ What do you think about all of this and was this video able to get a laugh out of you?