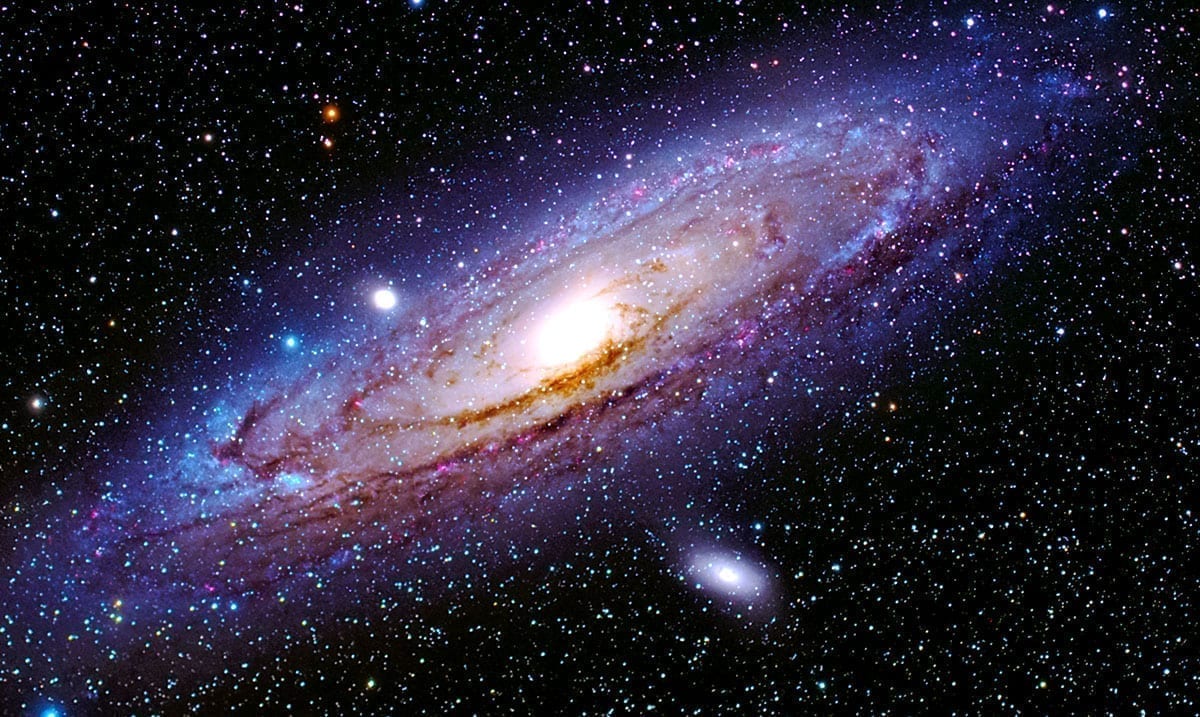 By Gerald SinclairJuly 4, 2020No Comments

It seems the July 3rd edition of the journal Science Advances could hold some very unique information about our galaxy as a whole. Through a specific discovery, it seems we could figure out something quite interesting.

You see one study titled ‘Discovery of diffuse optical emission lines from the inner Galaxy: Evidence for LI(N)ER-line gas’ is one that studies ionized gas and also works to figure out how much energy fills the center of the Milky Way itself. Co-author on this study L. Matthew Haffner who is an astronomer and more at Embry-Riddle says that without an ongoing source of energy free electrons usually find one another and reconnect but through seeing the ionized gas in the way they are through their findings they are able to work towards discovering what keeps it energized as a whole, basically.

On this study Science Daily wrote as follows:

To determine the amount of energy or radiation at the center of the Milky Way, the researchers had to peer through a kind of tattered dust cover. Packed with more than 200 billion stars, the Milky Way also harbors dark patches of interstellar dust and gas. Benjamin was taking a look at two decades’ worth of WHAM data when he spotted a scientific red flag — a peculiar shape poking out of the Milky Way’s dark, dusty center. The oddity was ionized hydrogen gas, which appears red when captured through the sensitive WHAM telescope, and it was moving in the direction of Earth.

The position of the feature — known to scientists as the “Tilted Disk” because it looks tilted compared with the rest of the Milky Way — couldn’t be explained by known physical phenomena such as galactic rotation. The team had a rare opportunity to study the protruding Tilted Disk, liberated from its usual patchy dust cover, by using optical light. Usually, the Tilted Disk must be studied with infrared or radio light techniques, which allow researchers to make observations through the dust, but limit their ability to learn more about ionized gas.

“Being able to make these measurements in optical light allowed us to compare the nucleus of the Milky Way to other galaxies much more easily,” Haffner said. “Many past studies have measured the quantity and quality of ionized gas from the centers of thousands of spiral galaxies throughout the universe. For the first time, we were able to directly compare measurements from our Galaxy to that large population.”

Krishnarao leveraged an existing model to try and predict how much ionized gas should be in the emitting region that had caught Benjamin’s eye. Raw data from the WHAM telescope allowed him to refine his predictions until the team had an accurate 3-D picture of the structure. Comparing other colors of visible light from hydrogen, nitrogen and oxygen within the structure gave researchers further clues to its composition and properties.

At least 48 percent of the hydrogen gas in the Tilted Disk at the center of the Milky Way has been ionized by an unknown source, the team reported. “The Milky Way can now be used to better understand its nature,” Krishnarao said.

The gaseous, ionized structure changes as it moves away from the Milky Way’s center, researchers reported. Previously, scientists only knew about the neutral (non-ionized) gas located in that region.

“Close to the nucleus of the Milky Way,” Krishnarao explained, “gas is ionized by newly forming stars, but as you move further away from the center, things get more extreme, and the gas becomes similar to a class of galaxies called LINERs, or low ionization (nuclear) emission regions.”

From there it was also noted that it seems this structure is moving towards earth because of the ‘elliptical orbit interior to the Milky Way’s spiral arms.’ That being said, more research will need to be done in regard. This discovery is quite monumental as it places a LINER spiral cloer to us than the one discovered by WHAM as noted by Science Daily. Sure, this is a lot to take in but there is more to it than I think we as the average people will be able to truly wrap our heads around.

Optical emission lines are used to categorize galaxies into three groups according to their dominant central radiation source: active galactic nuclei, star formation, or low-ionization (nuclear) emission regions [LI(N)ERs] that may trace ionizing radiation from older stellar populations. Using the Wisconsin H-Alpha Mapper, we detect optical line emission in low-extinction windows within eight degrees of Galactic Center. The emission is associated with the 1.5-kiloparsec-radius “Tilted Disk” of neutral gas. We modify a model of this disk and find that the hydrogen gas observed is at least 48% ionized. The ratio [NII] λ6584 angstroms/Hα λ6563 angstroms increases from 0.3 to 2.5 with Galactocentric radius; [OIII] λ5007 angstroms and Hβ λ4861 angstroms are also sometimes detected. The line ratios for most Tilted Disk sightlines are characteristic of LI(N)ER galaxies.

While this might not sound like much to some, it is truly a marvelous find. This tilted disk is important to know as much as we can about it. To learn more about this take a look at the video below.