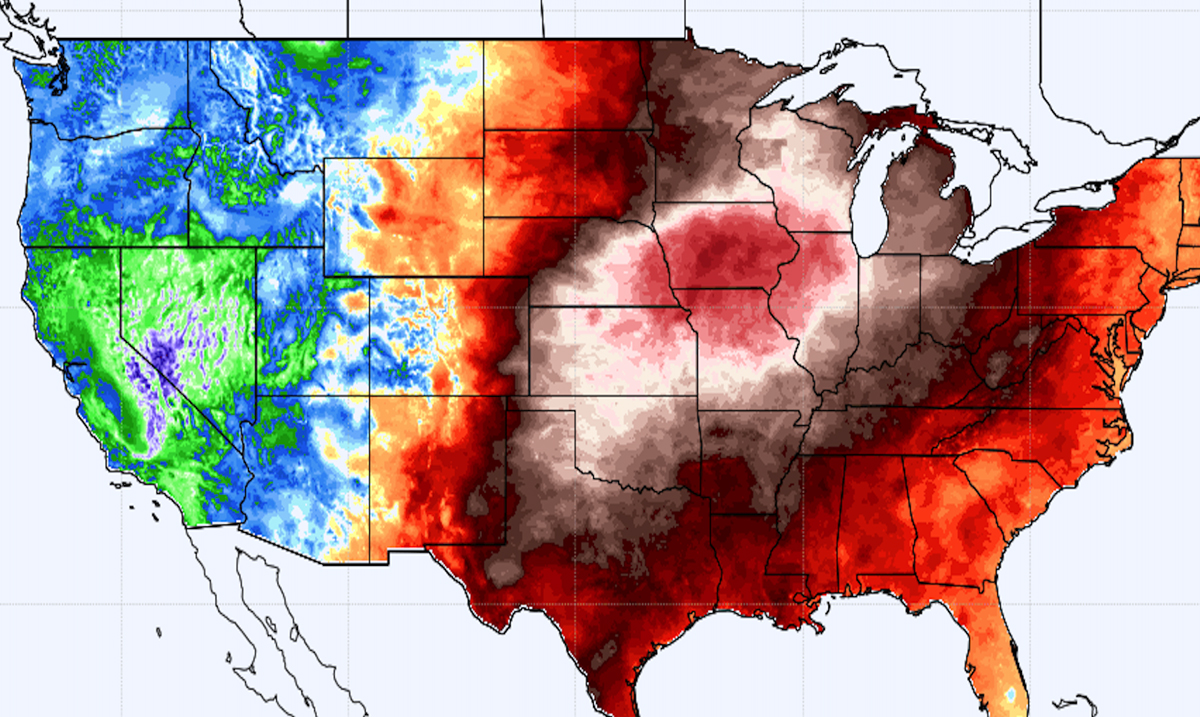 By Harley MansonDecember 17, 2021No Comments

As we reach record December heat temperatures, storms are sweeping the midwest, leading the Storm Prediction center to call the outcomes ‘unprecedented.’ With Kentucky being hit by a massive tornado last week, another storm begins to brew in the midwest.

Currently, a level 4 of 5 threat is in effect for the Upper Midwest, including Minneapolis, Iowa, and Wisconsin. According to the Storm Prediction Center, “This threat appears unprecedented for this region this late in the year.”

And CNN Meteorologist Brandon Miller explains that there hasn’t ever been a risk issued like this through November and February, based on records going back to 1987.

This evening, with winds hitting 60-75 mph, a derecho or widespread damaging wind event has been predicted throughout the evening, with the possibility of 80-100 mph winds.

And just last week a major tornado outbreak hit the midwest and the south, and similar to that event, it’s likely much of the damage will happen after dark.

“A nocturnal strong tornado or two are possible, particularly across western to northern Iowa and southeast Minnesota,” the prediction center added.

And while Minneapolis, Wisconsin, and Iowa all face the possibility of tornadoes, the southwest regions are being hit with a drought.

Because of these temperatures, the Texas, Oklahoma, and Kansas regions are warning against the threat of wildfire-like conditions.

“We haven’t any precipitation here in a long time,” explained Bill Turner, who works as a lead forecaster with the Dodge City, Kansas, National Weather service. “We have gone 42 days since we’ve had measurable precipitation, so the grass is dormant and dry and can take a spark very quickly.”

Other areas have been forced into a drought, like Colorado. “We have fire season 24/7 and 365 days across Colorado, and since summer and late fall, we have seen very dry conditions and that has ramped up our fire situation now,” Mark Wankowski a meteorologist at the National Weather Service in Pueblo, Colorado explained to CNN.

According to KXAN (A CNBC news affiliate in Austin, Texas)

Morning lows on Wednesday were record-warm at Camp Mabry and Austin-Bergstrom, only dipping to 69° at both locations; 30° warmer than average for these “coolest days of winter” at the airport. High temperatures came within one degree of record values at both locations, reaching 81°.

And while drastic weather is normal for springtime, we are nowhere near that, making the term ‘unprecedented’ very apt for this situation. As the week continues, it doesn’t seem the record highs will be letting up just yet.