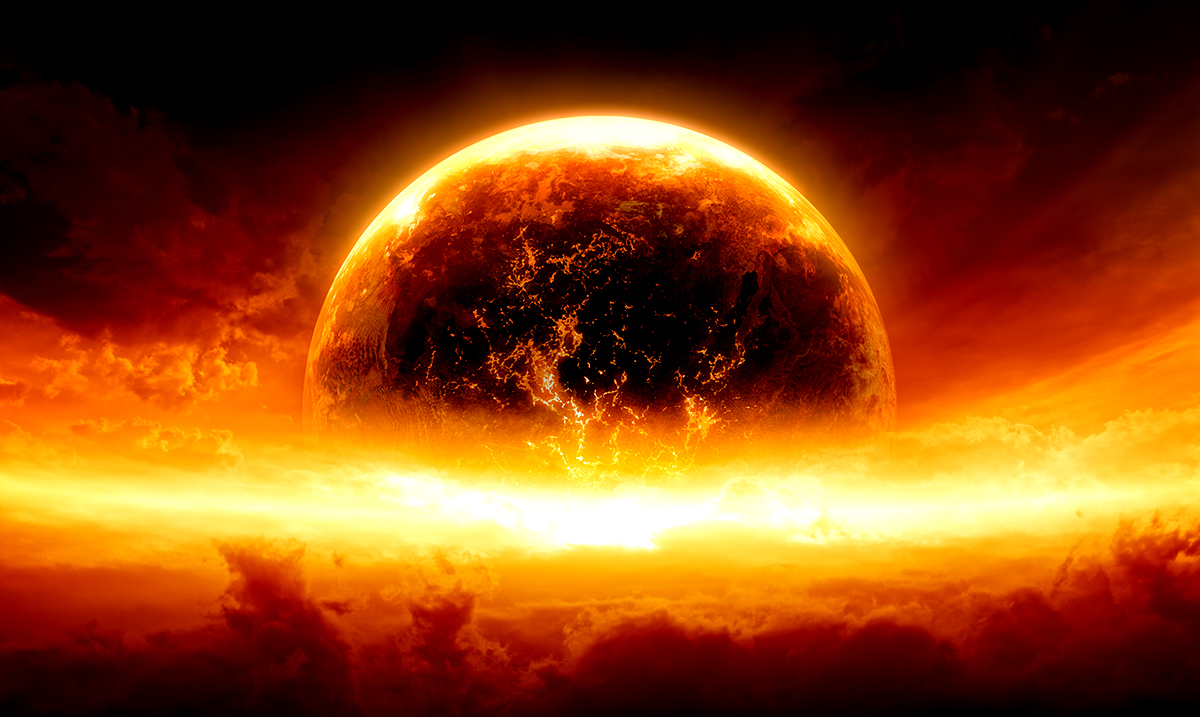 By Gerald SinclairApril 8, 2019No Comments

A recently posted study has been taking the internet by storm and with good reason. It seems there are a lot of downsides to orbiting the Sun. Sure, without it we wouldn’t be able to survive but even with it, eventually, we will all lose our lives.

You see, yet another exoplanet has been detected around a Sun-like star. These stars for those who do not know end their lives as white dwarfs. They end up ripping the planets orbiting them apart. According to the study, unless the planet is small and dense, it cannot avoid being destroyed. In a statement on the topic, Dr. Manser who worked on this study said that because the white dwarf’s gravity is “so strong – about 100,000 that of the Earth’s – that a typical asteroid will be ripped apart by gravitational forces if it passes too close to the white dwarf.”

This study was titled ‘A planetesimal orbiting within the debris disc around a white dwarf star’ and really caught many off guard. While the planet they found is nearly 400 light years away, it’s fate is one we may also call our own many years from now. While more research is likely going to be done on this planet, the study seems to note that it is not quite dead yet because it unlike some planets has a metal core.

Dr. Manser as mentioned above also went on to explain as follows on the subject:

“As stars age, they grow into red giants, which ‘clean out’ much of the inner part of their planetary system. In our Solar System, the Sun will expand up to where the Earth currently orbits and will wipe out Earth, Mercury, and Venus. Mars and beyond will survive and will move further out.

The general consensus is that 5-6 billion years from now, our Solar System will be a white dwarf in place of the Sun, orbited by Mars, Jupiter, Saturn, the outer planets, as well as asteroids and comets. Gravitational interactions are likely to happen in such remnants of planetary systems, meaning the bigger planets can easily nudge the smaller bodies onto an orbit that takes them close to the white dwarf, where they get shredded by its enormous gravity.

Learning about the masses of asteroids, or planetary fragments that can reach a white dwarf can tell us something about the planets that we know must be further out in this system, but we currently have no way to detect.

Our discovery is only the second solid planetesimal found in a tight orbit around a white dwarf, with the previous one found because debris passing in front of the star blocked some of its light – that is the “transit method” widely used to discover exoplanets around Sun-like stars. To find such transits, the geometry under which we view them has to be very finely tuned, which means that each system observed for several hours mostly leads to nothing. The spectroscopic method we developed in this research can detect close-in planetesimals without the need for a specific alignment. We already know of several other systems with debris discs very similar to SDSS J122859.93+104032.9, which we will study next. We are confident that we will discover additional planetesimals orbiting white dwarfs, which will then allow us to learn more about their general properties.”

Basically, the Earth itself could and most likely will eventually be slaughtered by a white dwarf one way or another. To see this broken down in an easier to follow way, check out the video below. You might be surprised at just how mind-blowing the end of a star can be, especially one so big. In this video the Sun is referred to as a huge pressure cooker and that in itself sheds so much light on the reality that the people of the future will have to face.