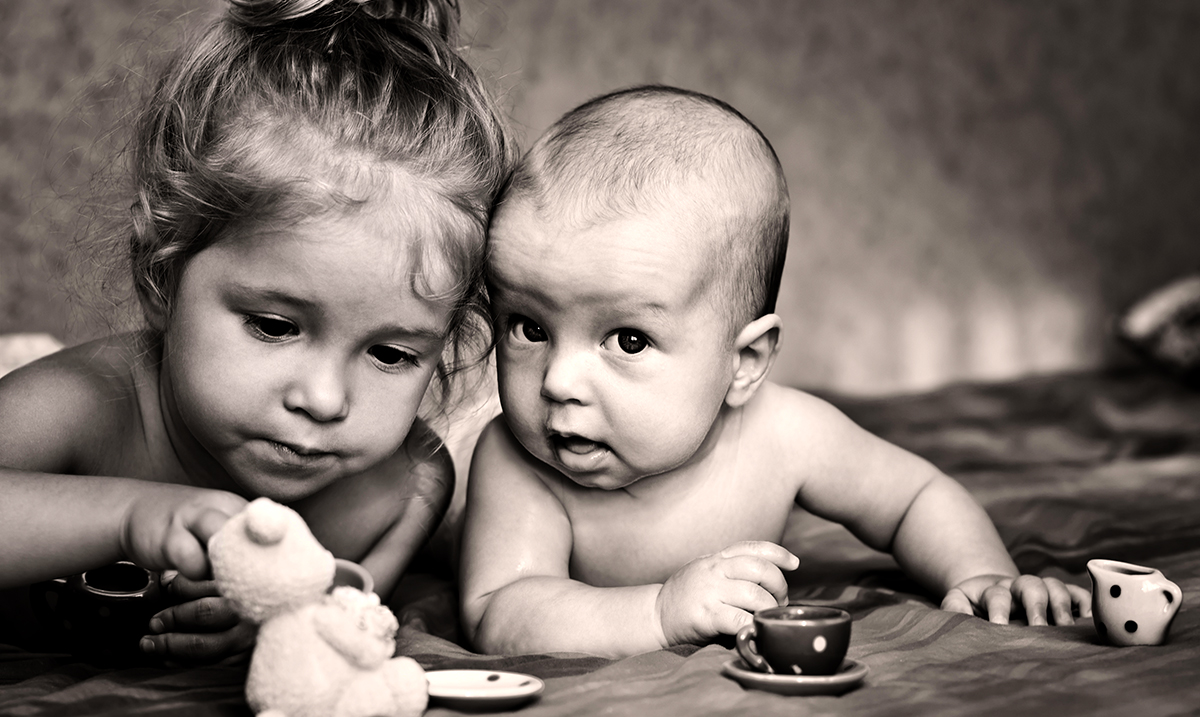 Despite growing up in the same environments and coming from the same parents- siblings all have differences and ways of being that separate them from one another. And to add to that- a recent study found that younger siblings are funnier, too!

The study, which was carried out by YouGov, a global community. To carry out their research, they asked 1,753 British adults to classify how they view their sense of humor when compared to their siblings. On top of that, the study set to rank the person’s responsibility, organizational skills, and assertiveness.

“Splitting out the first and last born siblings in British families with more than one child (86% of the population), a clear divide in personality traits emerges. The most significant difference is in feeling the burden of responsibility – most (54%) firstborns say they are more responsible than their siblings, compared to 31% of lastborns.”

Their results discovered that 46% of younger siblings considered themselves to be funnier, in comparison to 36% of older siblings.

The researchers behind the study correlated this to the fact that older siblings are often pushed to take on more responsibility than their younger counterparts. The research supported this, with 56% of participants saying they feel more responsible than their brothers and sisters.

47% of younger siblings stated they felt more easygoing, compared to their older brothers and sisters.

The researchers also believed that the reason why younger siblings tend to be funnier and more entertaining might be because they have a strong desire to entertain their family.

According to the researchers, “To some extent age itself, rather than family dynamics, may be responsible for the differing characteristics. Older children, having had more time to get on in life, are more likely to say they are more successful than their siblings.

“But undoubtedly there are family forces at work – parental attention soon shifts onto new arrivals, and firstborns may have to learn the ropes themselves. As evidence, elder siblings are more likely to feel more organized and able to prioritize their own lives”.