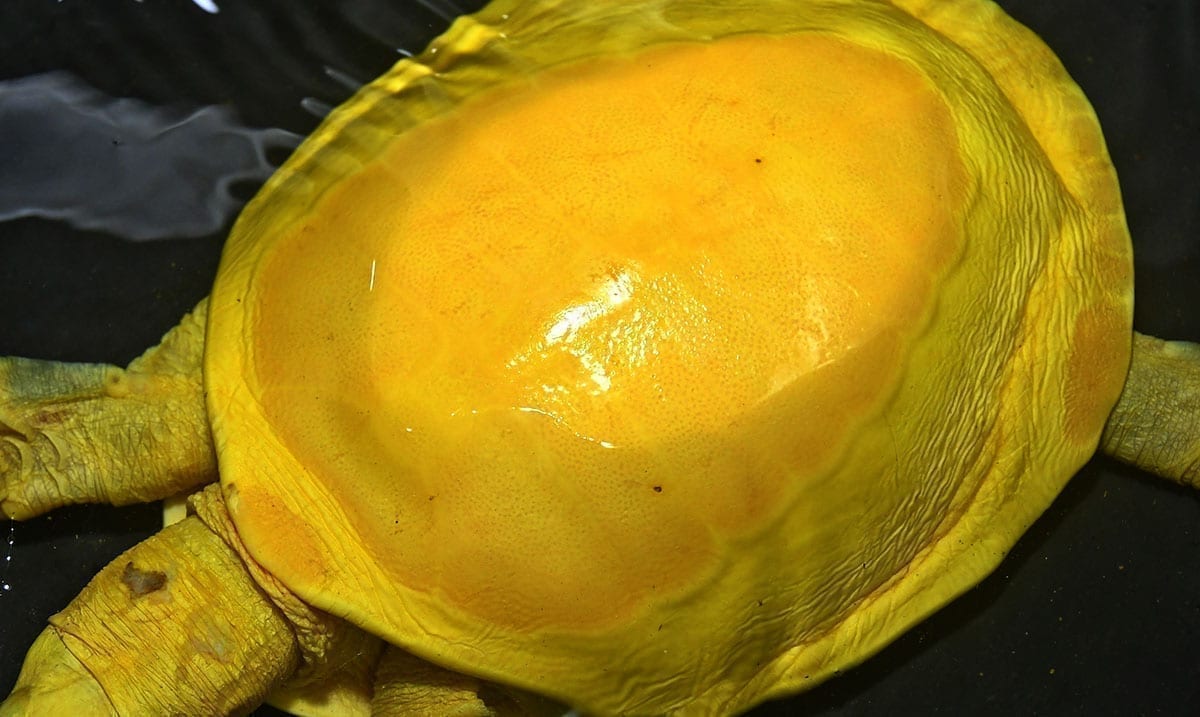 This interesting turtle is not one you see often. This is one of a handful of its kind to be found and well, it’s a marvelous find.

For those wondering, yes this turtle has a form of albinism that makes it look the way it does. Typically, these turtles do not come in this color and because it’s specifically of the already rare species known as the Indian flap shell turtle, finding something like this is something most could only dream of. It is thought that this bizarre coloring is due to some kind of genetic mutation or perhaps a congenital disorder but it really does make the little turtle stand out.

As you can see in the tweet above, it is a sight to be seen. This turtle is typically found in South Asia according to Daily Mail and is roughly 9-14 inches in length. This specific one was uncovered in a pond present in India. Because of its golden appearance, this creature holds deep spiritual significance to those in the area and others as well.

Sadly though that isn’t enough to keep people from trying to eat these pretty little creatures. Not only does this coloring according to Gizmodo make it an easier target for predators but it should be noted that people commonly eat flap shell turtles and it being rare makes others want to eat it all the more. While they are under protection now and this specific one is likely safe and cared for, the few more that may be in the wild could be at risk.

CNET wrote as follows on this topic:

According to wildlife biologist Sneha Dharwadkar, the rare yellow color of the turtle may be due to the lack of a pigment called tyrosine present in high amounts in reptiles. A genetic mutation or possible congenital disorder is likely responsible for the lack of tyrosine.

Indian flapshell turtles are typically are only 9 to 14 inches (22 centimeters to 35 centimeters) long, and like to eat frogs, snails and aquatic vegetation.

This marks the second spotting of the rare yellow turtle species. The first happened in Odisha, India in July. In 2016, wildlife volunteers spotted a green albino turtle on an Australian beach.

Ever since news of this find came forth people online have been comparing this turtle to things like egg yolks and so forth. It is truly beautiful and I for one think it’s quite interesting to learn about. What would you think if you came across something like this in the wild?