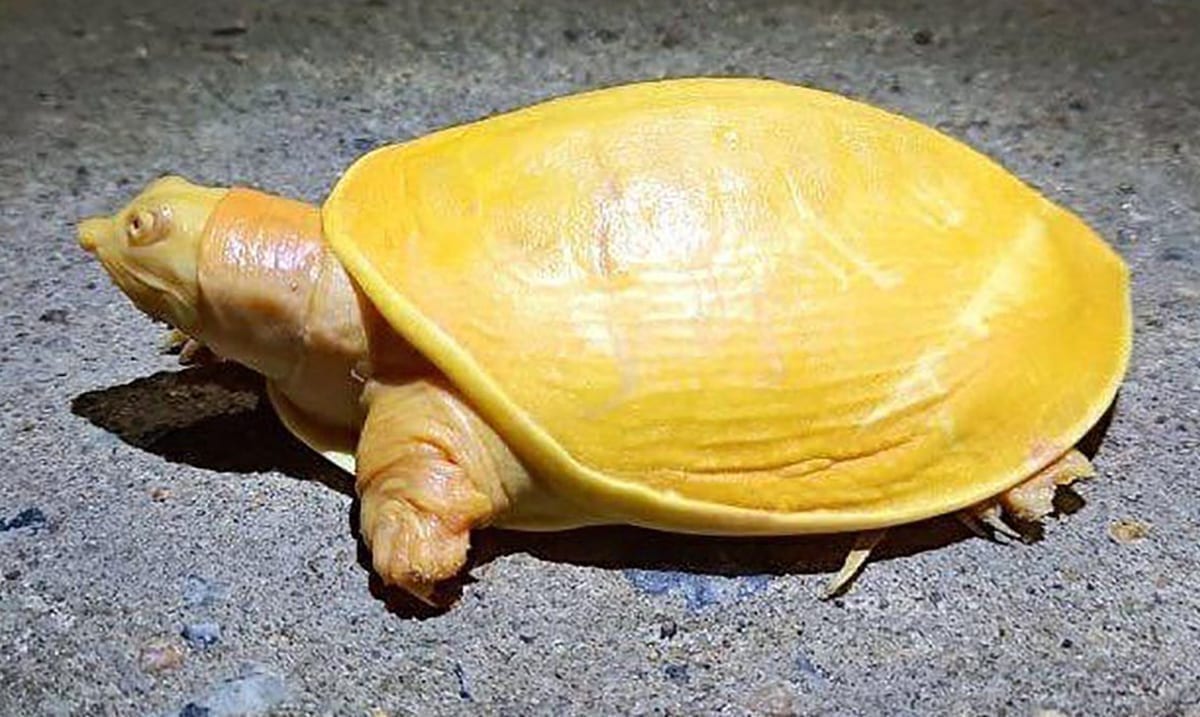 While we see unique looking animals all the time, this one is something special. According to recent reports, a cute little yellow turtle was rescued by residents of a village in India.

According to ABC 13, this cute little guy was taken in by locals from the Balasore district in Odisha. They have since turned him/her over to researchers/scientists who will be studying him/her. While a lot of people think this little creature is likely albino, when you see albino turtles they are still not normally solid yellow like this. Depending on the species albino turtles normally have white and yellow or yellow/orange and red on them. That being said, this one is most likely albino though quite the specimen in itself.

Most probably it was an albino. One such aberration was recorded by locals in Sindh few years back. pic.twitter.com/ZHAN8bVccU

As you can see in the video above, this turtle is something else. It was also noted that the turtle has pink eyes which is something we also contribute to albinism. It appears to be a soft shell turtle of some kind and well, it really does captivate all who see it.

Close snap of the same. Mark the pink eyes, one indicative feature of albinism. pic.twitter.com/MfXrXVYbfH

Have you ever seen anything like this before? I know I have not. Who knows what we will learn from this specific specimen in the future. Could there be more out there like him/her? I guess in that only time will tell. While we know this kind of thing is rare because we see so few of them. Finding one this young and alive gives those who are going to be studying it a lot of room to figure things out and really learn all they can.

To learn more on this topic take a look at the video below. Things like this really do make me think about how interesting the things out there are in this world that we never see. Albino animals can come in the form of any species and well, I’d be interested to see others as well. What would you call this tiny interesting friend if you were able to name him/her? I think perhaps Lemon is fitting, do you agree?