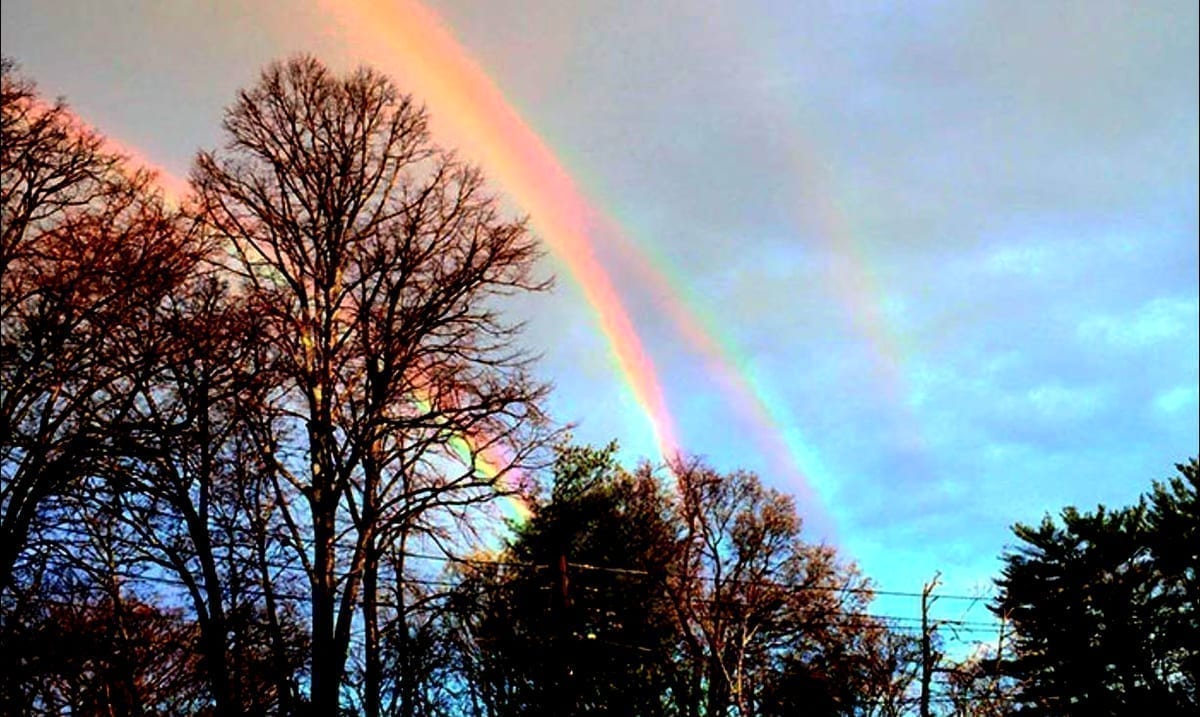 Several years ago a woman in NY was able to capture a photograph showing that there were four rainbows in the sky. This something many have referred to as a quadruple rainbow.

However, it actually being a quadruple rainbow is ‘debatable.’ While seeing four rainbows in the sky regardless is rare and is not something we ever manage to capture photos of, this lady was able to see this interesting event both in person and on camera. Now, back when these images first surfaced online, National Geographic wrote about them noted that while the idea of a quadruple rainbow was interesting, this specific instance did not show that at all.

As you can see below, it was likely a truly marvelous sight to see and is something we have not in the years following seen much about. Things like this just don’t happen often and those who are able to capture them on camera are truly talented. While it would be or could be possible for us to see four natural rainbows in the sky at once, that’s not something I have ever experienced myself and I’m sure most of you are right there with me on that. 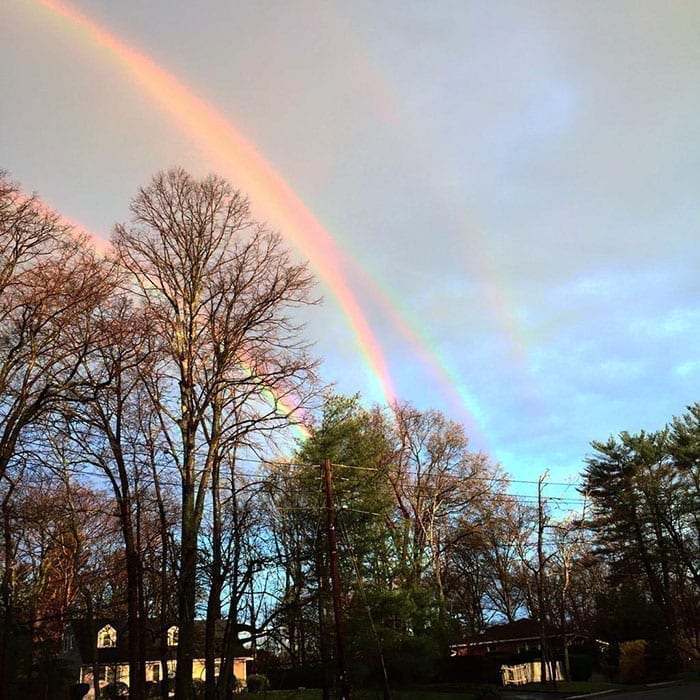 Dr. Christopher S. Baird From Science Questions with Surprising Answers on WTAMU.edu wrote as follows on the topic:

The answer is that some of the sunlight can be reflected before entering the raindrops. Recall that rainbow formation is a geometric scattering effect leading the rainbow to be centered on the point opposite the sun. What would happen if there were two suns at two different locations in the sky? Then sunlight would hit the raindrops at two different angles, and two primary rainbows would result, each centered on a different point. If viewing conditions are favorable enough that the secondary rainbows are visible, then there would be four rainbows: a primary rainbow and a secondary rainbow centered on the point opposite the one sun, as well as a primary rainbow and a secondary rainbow centered on the point opposite the other sun. On planets with rain and two suns, quadruple rainbows are common. However, we don’t have two suns, so why am I mentioning this? A large, flat, shiny surface can reflect enough sunlight that the situation acts like two suns. A calm lake does exactly this. The sunlight coming directly from the sun is at an angle that is different from that of the sunlight reflecting off the surface of a lake, and they therefore form different rainbow sets centered on different points. The rainbows formed from the sunlight coming off of the lake are called “reflection rainbows”. In summary, although it is very rare, it is possible for the naked human eye to see four natural rainbows at once in the sky,

Makes a lot more sense now, doesn’t it? Now, the woman who was able to capture the photograph was merely in the right place at the right time and when she posted the photograph on Twitter the internet did what the internet does, it was shared over and over again with some questioning its validity and others saying just how magical it was.

For more on this topic check out the video below. I for one would love to see something like this even if two of the four rainbows were secondary ones. They still look great.