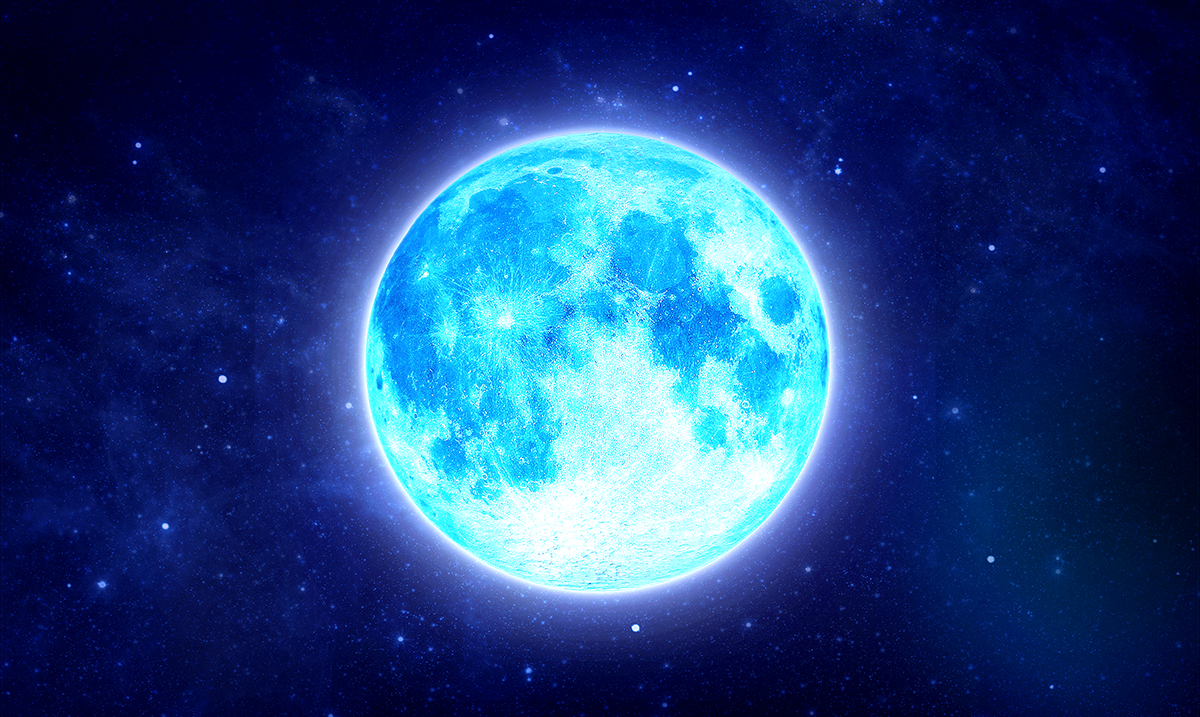 There are going to be quite a few full moons this year but one of the most memorable will be happening on Halloween. If that isn’t enough to get you excited, I don’t know what will.

For those who do not know blue moons are basically full moons that occur as the second full moon during any given calendar month. So, if there were two full moons to happen in April the second would be a blue moon. While it’s not an actual moon that is blue in color, it is still pretty beautiful no matter when it’s happening.

Further breaking down what a blue moon is and why it’s called a blue moon, Space.com wrote as follows:

A “Blue Moon” is a fairly infrequent phenomenon involving the appearance of an additional full moon within a given period. But which period? It turns out there are two definitions of the term, and one was borne out of a misunderstanding of the other.

The older meaning defines a Blue Moon as the third full moon in a season that has four full moons. Called a seasonal Blue Moon, this occurs about every 2.5 years, according to NASA. More recently, the term Blue Moon has been applied to the second full moon within a single calendar month. There are roughly 29.5 days between full moons, making it unusual for two full moons to fit into a 30- or 31-day-long month. (This means that February will never have a Blue Moon.)

Which one is correct? Well, since language and the meaning of words constantly evolve — take your pick. Both are commonly used today and either definition is considered valid. As Texas astronomer Donald W. Olson wrote in a 2006 column for Sky & Telescope magazine, “With two decades of popular usage behind it, the second-full-moon-in-a-month (mis)interpretation is like a genie that can’t be forced back into its bottle. But that’s not necessarily a bad thing.”

The year 2020 is also going to hold at least three supermoons as well and with 13 full moons present will be quite the year. We will all be given plenty of chances to renew our own energies. The last blue moon to happen by this definition happened in 2018 and of course, wasn’t on Halloween. Sure, there will be more blue moons to come, but we’re about to face the last one to happen on Halloween in a very long time.

As we move through 2020 we should all keep in mind that October is going to be a special month for us all. The blue moon to come is well worth taking the time to check out. Whether you’re trick-r-treating or just taking a peek outside, it will be quite the experience. For more on what to expect in the night sky throughout this year check out the video below.