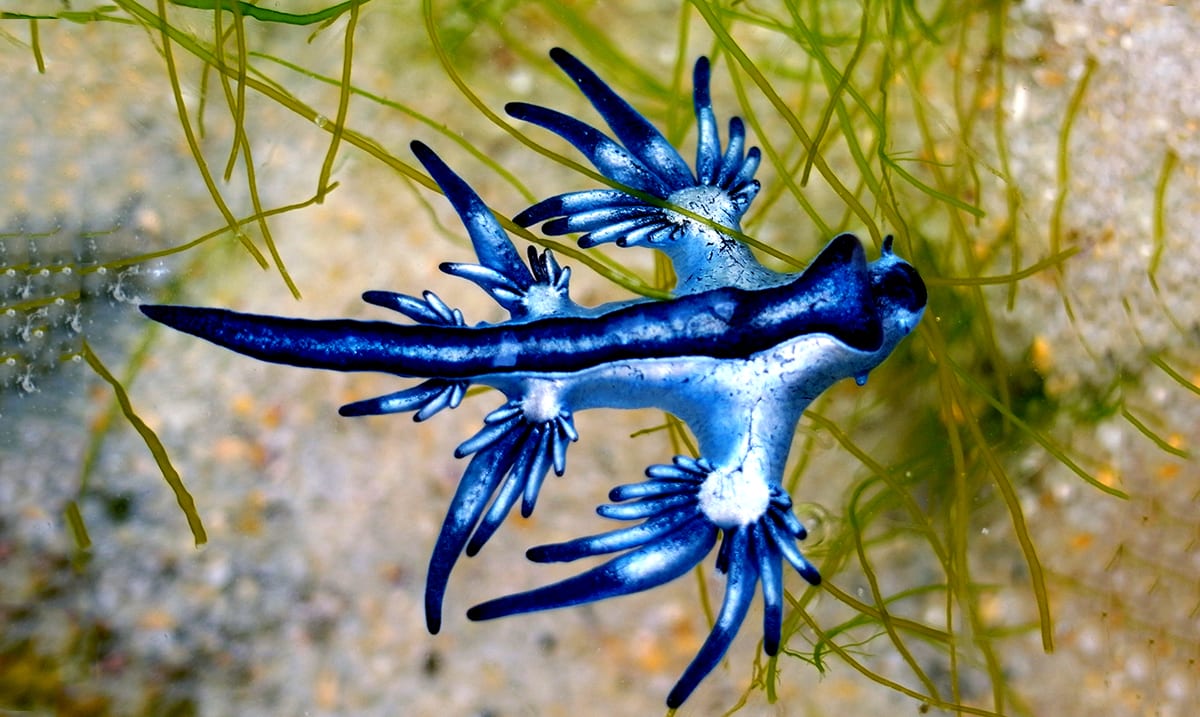 For those who do not know, blue dragons do exist, but they’re not what you’d expect. Instead of being huge mythical creatures, they’re actually just dangerous sea slugs.

These sea slugs are blue glaucaus and more often than not are referred to as blue dragons because of their appearance. While tiny, they do still look kind of like blue dragons. While seeing them is extremely rare, they have been spotted in Texas as of late. According to CBS 11 News, they’re being noticed by visitors to the Padre Island National Seashore.

Now, before we dive more into these sightings lets talk a little about what these blue dragons are. They are rarely ever 3 centimeters or longer and are bright blue in color. They seem to camouflage with the waves around them and well, are technically venomous. They are some of the most interesting creatures I’ve ever heard of and seeing one in person would be more than a treat, that’s for sure.

Despite its impressive arsenal of defense tactics, the blue glaucus rarely reaches more than 3 centimeters long. And, unlike most benthic nudibranchs, this species lives throughout the entire water column. An air bubble stored in its stomach keeps the nudibranch afloat. The creature often floats on its backside, showing its brightly colored underbelly to airborne predators. The bright blue color acts as camouflage against the backdrop of ocean waves while the animal’s grayish backside blends with the bright sea surface, concealing it from predators below. This is an example of a phenomenon known as countershading, helping the creature to avoid both flying and swimming predators while floating in open water.

Like other sea slug species, the blue gaucus isn’t venomous by itself. When feeding on its preferred prey, Portuguese man o’ wars, the blue gaucus stores the stinging nematocysts created by the prey’s notoriously long, venomous tentacles — these tentacles may average up to 30 feet long! The stinging cells are stored and concentrated for the future, so when the blue dragon is threatened or touched, it can release these stinging cells to deliver a far more potent sting than the Portuguese man o’ war can alone. The blue gaucus, like all nudibranchs, is hermaphroditic — each individual produces both eggs and sperm. An individual cannot fertilize its own eggs, however, and pairs still must mate. Long, spiral-shaped eggs are produced by both male and female, and often float freely in the water or stick to nearby surfaces.

Now, according to CBS 11 News Hunter Lane who happens to be seven years old was the one to find four of these cute little sea slugs while on vacation with his parents in recent times. These creatures are so rare to see that his father even thought that perhaps they had found a new species of some kind. However, that was not the case.

Here there be dragons!

A blue dragon, a type of nudibranch or sea slug, was found in the park this weekend. Blue…

Posted by Padre Island National Seashore on Wednesday, May 6, 2020

For more information on these interesting little slugs check out the video below. Wouldn’t it be awesome to catch a glimpse of these in real life? I would without a doubt be lost for words.